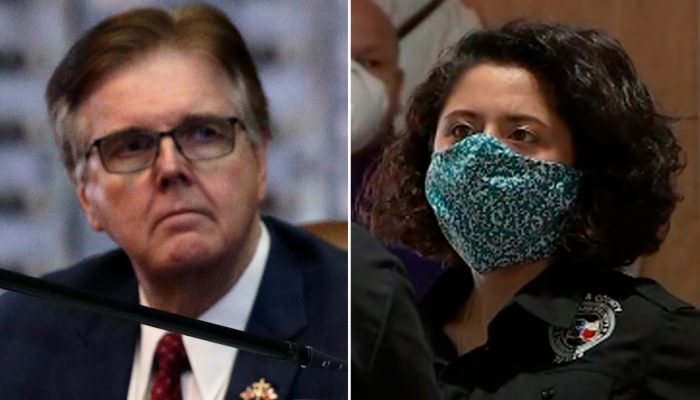 “On the same day Harris County Commissioner’s Court plans to close the $60 million-dollar pop-up hospital at NRG Park, because it wasn’t needed, Judge Lina Hidalgo orders anyone over the age of 10 to wear a mask in public. Her abuse of the use of executive orders is the ultimate government overreach. These kind of confused government policies fuel public anger – and rightfully so.”

As of late, Hidalgo has broadly addressed criticism of her orders, insisting that those mechanisms have saved lives in the midst of the pandemic. Still, Harris County holds the most cases in Texas, accounting for about a quarter of the more than 21,000 positive tests.

Of the NRG Park site, Hidalgo and other commissioners said they would rather have the mobile hospital so our region was prepared for a worst-case scenario.

So far, that has not occurred. Medical experts have credited local residents for practicing social distancing and adhering to the “Stay Home – Work Safe” order for limiting the spread of the virus to a level the Texas Medical Center and other facilities can handle.

Because of the lack of activity at NRG Park’s Orange Lot, one Harris County commissioner has expressed dissent and brought it up for closure before it ever treats one patient.

Precinct 4 Commissioner Jack Cagle is planning to ask the county to cancel the contract with Deer Park-based Garner Environmental during next week’s commissioners court meeting.

Last month, Harris County commissioners unanimously voted to pay for the implementation of the mobile medical shelter. The fear at that time was that the county would see a surge of thousands of COVID-19 patients similar to what has happened in New York.

With the $60 million shelter staying empty and expenses building up, Cagle is placing the following language on the agenda.

Precinct 4 respectfully requests discussion and possible action concerning the termination of the contract with Garner Environmental Services Inc. regarding the non-congregate medical shelter at NRG Park.

Your consideration and approval of this request is appreciated.

“It was a good insurance policy (in March,) but clearly, we don’t need it,” said Joe Stinebaker, Commissioner Cagle’s director of communications.

Reached by phone, Precinct 1 Commissioner Rodney Ellis said he wasn’t sure if it’s time to shut it down quite yet.

“I’ve got to listen to the medical experts,” said Ellis. “I’d rather have it and not need it, then not have it and need it.”

An alternative commissioners court study is reducing the scale and footprint of the medical shelter.

Hidalgo had previously said that she wanted the region to be “overprepared.”

In addition, around 75 percent of the cost of the medical shelter is reimbursable by FEMA.