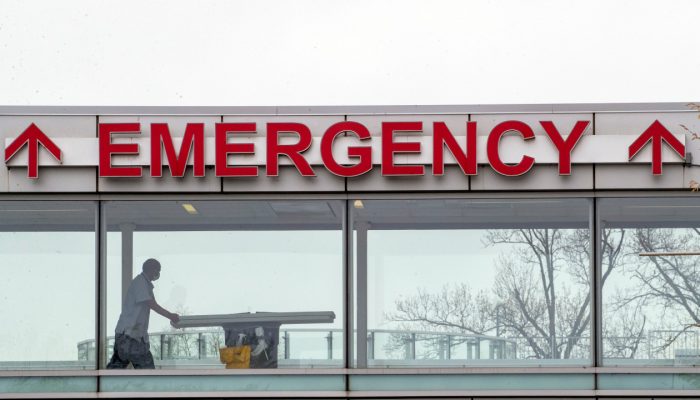 
AUSTIN (KXAN) — After weeks of shutdowns and social distancing, Texas partially reopened over the weekend.

The Texas Medical Association previously endorsed the governor’s plan for a gradual opening, but its president acknowledged a surge is likely now that more is open.

Association President Doctor Diana Fite talked with KXAN’s Tom Miller about how doctors are feeling during these uncertain times.

Some of this interview has been condensed.

TOM: We just saw our first weekend under the governor’s plan to reopen. The plan doesn’t require people to wear masks, and it appears some people are taking it as a green light to stop social distancing. Are you worried about this?

DR. FITE: The governor is trying to stick with a plan of getting back into everything slowly. He’s following the doctor’s advice on his strike team, he’s following the data, so we are in support of that. But he wants us to go ahead and wear masks, it’s not a mandate however, and he definitely wants us to keep social distancing, which we strongly encourage.

TOM: Have you been out to a restaurant or are you planning to anytime soon?

DR. FITE: I have seemed to be working most all the time, so I have not been out to a restaurant and have not made plans to do so, no.

TOM: Do you worry that we’re going to see a surge in cases now that Texas has reopened?

DR. FITE: I think most physicians feel like there will be another, or a surge of some type. We are very, very hopeful that there are enough beds available, and ventilators available, that it will not overwhelm the system. That was the whole point of the flattening the curve, we did not expect that this would disappear, we don’t have a vaccination, we don’t have a treatment for it specifically, so we just wanted to flatten the curve enough that we could build up the beds, build up the ventilators, have enough supplies, so we do think there’s going to be an increase coming up in the next few days, few weeks, who knows when.

TOM: If there is a surge do you think it’s possible that you would recommend the stay at home orders going back into place?

DR. FITE: That’s a big question, again it kind of depends on how big of a surge there is because we also understand very much how important it is to get the economy going again, and get people out at least a little bit. It just depends on the numbers. If the numbers were very, very large, yes we would have to resort back to that, we’re so hopeful it won’t be that large.

TOM: We’ve heard a lot about a second wave coming, are we in that second wave or are we still in the first wave right now?

TOM: Do doctors who are still seeing patients in person feel safe and prepared for COVID-19?

DR. FITE: Many doctors offices do not feel like they have enough of the PPE or protective equipment to be wearing, so they do not feel adequately prepared. Some are even not opening up for that reason.

TOM: What has the financial impact been on doctor’s offices and other medical providers in Texas?

DR. FITE: The majority of doctors officers have been hit very badly, we had a survey that showed that the large majority of physicians had lost at least 50 percent, even up to 100 percent of their revenue.

DR. FITE: We’ve already seen so much stress and burnout and problems among physicians, I don’t think we would have to call it a wake-up call. It might be more of a wake-up call for the public. I think they were probably stuck by the sadness of the situation. Maybe they did not realize how bad it gets.

About the Author: tommiller