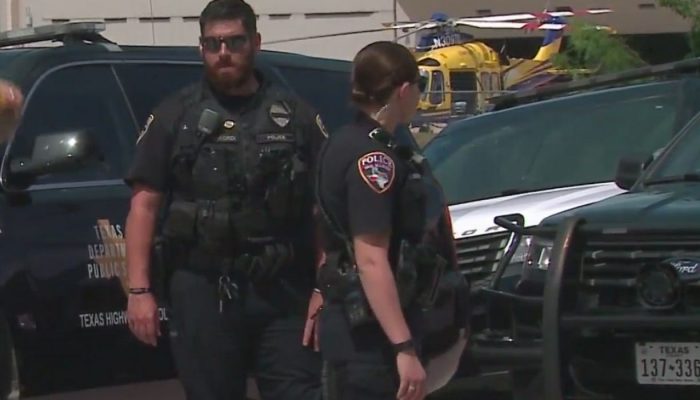 AUSTIN — The largest police labor organization in Texas is calling on the Governor to list COVID-19 as a presumptive illness for first responders.

The recognition would trigger insurance and worker’s compensation benefits.

The Combined Law Enforcement Associations of Texas is asking state officials to recognize COVID-19 as a line of duty illness so officers can receive insurance and workers’ compensation. (Photo/TNS)

If the coronavirus is listed as a presumptive illness, that means it’s presumed officers got it while on duty, Charley Wilkison, executive director of the Combined Law Enforcement Associations of Texas (CLEAT) said Thursday.

Wilkison’s urgency intensified as the state plans to loosen additional restrictions on some businesses Monday in an effort to reopen the Texas economy.

“Exposure level to first responders is going to increase over time,” Wilkison said, encouraging Abbott to act on this before Monday.

The decision falls on the Governor during this state of disaster due to COVID-19. The legislature meets next in January, so state lawmakers are unable to file any legislation to address this specific concern until then.

“As a state and federal government, [officers] contract a disease that’s in a global pandemic, and you require them to strike go back in time and prove up how they got sick— that’s the most ridiculous situation we could ever have,” Wilkison said.

“[Officers] wouldn’t have the burden of proof, as sick people who are ill, who are fighting for their life to go out and prove up,” Wilkison said, running through some of the possible scenarios he anticipated officers facing.

“That’s not what law enforcement officers should be doing right now with their life,” he continued. “They should be protecting the community. That’s what they’re called to do and what they’re sworn to do.”

On March 30, Gov. Greg Abbott waived certain provisions in state law to allow public safety employees who contract the virus to be reimbursed for some expenses stemming from medical treatment. But Abbott’s waiver did not designate COVID-19 as a presumptive illness for first responders.

Asked last week about it, Abbott said “all strategies like that are being looked into.”

According to CLEAT, three prison personnel in the state died after contracting COVID-19. One Austin Police officer and at least ten Dallas Police officers tested positive. At least one Houston Police officer was hospitalized and spent a week in intensive care.

About the Author: PoliceOne