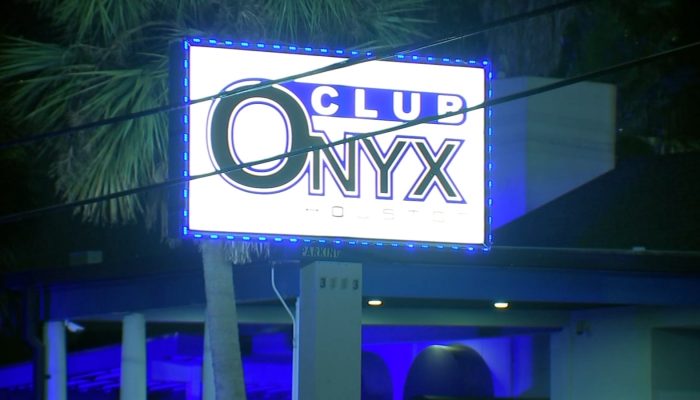 HOUSTON, Texas (KTRK) — A strip club that reopened at midnight as a restaurant in the Galleria area is already closed.

To clarify what didn’t qualify for reopening today, the Texas Attorney General’s office emphasized that bars, tattoo and massage businesses are not allowed to return to business for phase one.

However, Club Onyx opened its doors at midnight as a restaurant with entertainment.

The Houston Police Department spent hours trying to figure out what to do with the club, which is on Bering near Richmond.

Club president Eric Langan admits it’s a club, but he also serves food, and decided at midnight, he would operate as a restaurant that also had entertainers.

However, the business had to close just a few hours after, and Langan isn’t happy with the outcome.

“I guess the DA decided they would take charges and press charges against me if I wouldn’t close tonight, and since we are so close to closing time, we are going to go ahead and pack up everybody’s food to go,” Langan told ABC13.

Club Onyx was following that guidance, limiting the number of customers and entertainers all had on masks, but HPD officers were not certain the club fit the description of a restaurant, so the district attorney got involved.

“We’re not allowing any lap dancing, and they have masks on,” Langan said.

“We are going to look into it and do our investigation. It gives us a chance to look at the licenses and make an informed decision on where we go from here,” said HPD Asst. Chief James Jones.

Once the decision was made to issue a misdemeanor charge for opening, the club closed.

The club does have licenses and permits, but that includes operating as a sexually oriented business. Langan says other stores that serve food are open, so why not his?

“I just find it funny that they’ll arrest a taxpaying, law abiding citizen for a Class B misdemeanor is what they said they’d have to charge me with, but they won’t press charges against people breaking into cars right now. I mean, what has the city come to? I mean I live in Houston, Texas. I didn’t know I moved to San Francisco, California. And I don’t like it, so if I have to go to jail to prove my point, I guess I’ll be prepared for that tomorrow,” Langan said.

“We are opening as a restaurant. We have a 50 percent liquor license as required by the Governor. We will have social distancing inside and in the wait line. Customer and employee safety is a priority. All staff will wear masks.”

When asked about the club reopening, Houston Mayor Sylvester Turner said only specific classes of businesses are allowed to begin operating again under strict guidelines.

“Let me be very clear,” Turner said. “If you don’t fall under those categories authorized by the governor, I fully anticipate for you not to open. The fire marshals as well as HPD have the authority to make sure you do not open.”

“It is just a question of where the boundaries are. It’s novel for us because of the situation with the executive order with the state and the county, so there is some question of where we are at, but it does say it is a club, so that kind of gives us our first clue,” Jones said.

Langan says his attorney will now get involved.