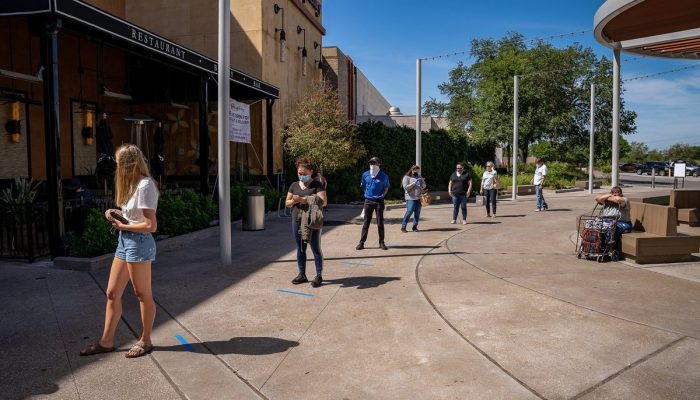 John Whitton and Marina Oneill stood by their car outside wearing face masks — Oneill’s a DIY mask made by her roommate from a bra cup — waiting to buy a swimsuit (for Oneill) and shoes (for Whitton).

Kendarious Blankenship wanted to buy summer clothes for his two kids — ages 1 and 7 — at the Foot Locker and Champs. His face was guarded by a thin, disposable blue surgical mask. He had a pair of gloves, he said, but threw them away after using them to pump gas.

By 10:58, a line had formed outside an entrance adjacent to the Cheesecake Factory. Patrons, many wearing masks, kept a 6-foot distance from one another, aided by blue tape pressed onto the concrete to direct them where to stand.

The line included an avid mall-walker hoping to exercise away from the Texas heat, a mother whose young kids — each no older than 10 — all wore face masks and an Austin-area teacher convinced the coronavirus was cooked up by President Donald Trump, Russia’s President Vladimir Putin and North Korean leader Kim Jong-un.

When the doors finally opened, no one’s temperature was checked; many customers came in bare-handed.

Shoppers were antsy. Resigned, too.

“I think it’s all a big farce. I believe there’s a virus, but we have bird flu and pneumonia and I’ve had several shots,” said Charlene Franz, 65, who came to the mall to fix the cracked screen on her Cricket cellphone and return a broken pair of sunglasses purchased from Loft.

Friday was the first day that shopping malls like Barton Creek — along with restaurants, retail outlets and movie theaters — were allowed to reopen in Texas after being closed for weeks to fight the spread of a virus that has killed hundreds of thousands of people worldwide. Under an order from Gov. Greg Abbott, stores can open their doors, but they must limit occupancy to no more than 25% of capacity. Representatives for the mall did not return a request for comment.

Abbott has cited the state’s relatively low death total — 816 was the official total Friday — and positive signs that the spread of the virus might be slowing as reasons for the reopening. But Democrats statewide have laced into the governor for what many see as hastiness.

“We need Texans to feel comfortable going out to eat, going shopping, and going to work. When they are ready is when our economy will return to normal,” Texas Democratic Party Chair Gilberto Hinojosa said in a statement.

But the Texans at the mall were ready.

First: Don Ray, 29, bought a few items from Finish Line as Barton Creek Square reopened during the coronavirus pandemic. Last: A group of friends sit on the floor and chat.

Jordan Vonderhaar for The Texas Tribune

So, anxious for human contact and to get out of the house, they came to their local shopping mall — a standing symbol of the disparity in how the virus is affecting people.

Outside Cotton On read a sign: “Fitting rooms CLOSED. NO trying on. NO cash transactions.”

Some employees returned to work reluctantly. A 42-year-old who helps operate two phone kiosks at Barton Creek said there’s “no use” reopening the mall at only a 25% occupancy.

“None of the businesses can survive on 25% business,” said the employee, who spoke under the condition of anonymity because he wasn’t licensed by the mall to talk to the press.

“All the major stores are closed. We get business when people come to the major stores, and then it all flows and comes to the kiosk,” he said. “We do want to get back to work, but the governor should’ve waited until we were at 50-75% so we have a chance to survive or not open at all.”

Abbott previously said enforcement of his latest executive order would primarily be handled at the local or regulatory level, noting a business could lose its license if it does not comply. He also said stores didn’t have to open their doors. Workers, too, could still file for unemployment if they met a set of blanketed criteria outlined Thursday.

But on the first day of Barton Creek’s opening, some employees said that — while they felt safe from the coronavirus — they needed to come back to work in order to attempt to make rent or to retain a sense of normalcy after over two months in isolation.

Yanick Almeida, 23, who works as a jeweler at one of the mall’s kiosks, said the business usually takes in several thousand dollars on a typical Friday.

“That was before corona,” he said. Around noon, he hadn’t made a single sale.

“If we don’t make any money, we’re going to have to shut down,” he said. “But I don’t think we’re going to go anywhere because we’ve been shut down for about two months, and so far we’re still good.”

Yanick Almeida, 23, works at one of the mall’s jewelry kiosks.
Photo credit:  Jordan Vonderhaar for The Texas Tribune

He said he’ll be alone at the jewelry kiosk until 7 p.m. — when the mall closes — and also said he wasn’t ordered to wear any personal protective equipment. Still, he donned a pair of blue latex gloves and kept a mask on a nearby counter.

“If they say we can open or whatever, we should be OK,” Almeida said. “But they still haven’t found a cure for the virus. It’s just crazy.”

To help mitigate the spread of the virus, stores that were open operated under a set of safety precautions. At Shoe Palace, for example, employees said no more than 16 customers could be in the store at once. And everyone had to wear a face covering.

At the sportswear store Finish Line, customers had to line up outside the door — with blue tape markings on the ground to help maintain social distancing — before entering. An employee stationed at the entrance asked customers whether they were shopping for anything in particular or simply browsing before reciting a set of rules for what shoppers weren’t allowed to touch or try on.

Don Ray left the mall at 12:06 p.m. with what he would only describe as “swag” or “drip” from Finish Line. He was in and out of Barton Creek in no more than 30 minutes, he said.

Ray, who has been working at a grocery store for the past several months, said he wasn’t worried about catching COVID-19, the disease caused by the new coronavirus, at the mall.

“I’m highly educated and have a background in medical stuff,” he said.

“But I work at Randalls. It’s funny how apparently COVID-19 doesn’t exist in grocery stores but can exist everywhere else, but whatever,” he added sarcastically. “That’s just me.”

Despite its reopening, though, the mall remained mostly empty during the morning hours. There were markings on the floor directing people to walk in certain directions, and most outside entrances were closed to control the flow of traffic.

“I’m just here to see the turnout,” said Jesse Perez, who wore a Dallas Cowboys face mask and said he normally comes to the mall several times per week. “I believe they’re exaggerating the extent of how bad this truly is, so I really don’t know the whole reasoning for the whole pandemic terminology used. But that’s just me.”

Perez said he still doesn’t personally know of anybody who’s been infected by the virus, so going to Barton Creek on Friday didn’t concern him.

“I stay clean. I’m not saying it’s an excuse to be dirty and filthy and just start touching everything,” he said. “I think people should just stay clean regardless, and most people will be OK.”

But most people were unfazed.

Blankenship has been working in a warehouse and sterilizing his clothes daily, so a trip to the mall was a walk in the park, he said.

“For me, personally, I just follow precautions. I keep my distance and make sure I keep my hands clean and don’t touch my face. I’m going to just follow what I have to follow and keep moving,” Blankenship, 22, said.

“I’m just trying to enjoy some sunlight, do some walking and do a little shopping,” he added.

Franz, who came to the mall without gloves or a mask said, “Nothing’s going to bother me.” Her attitude seemed more of resignation than bravado.

“I was a teacher for a lot of years, and I’ve worked with a lot of people, so I’ve developed a lot of immunities to these viruses and the flu,” she said. “I never get sick.”

Reached by phone Friday afternoon, Whitton said only two shoe stores had been open — neither selling the skater shoes he was in the market for. Plus, there were lines to get into the stores that were available.

“We really thought there would be more stores open, but we understand why they’re not,” he said. “We were there long enough to walk around the mall — maybe 15 or 20 minutes — and then left.” 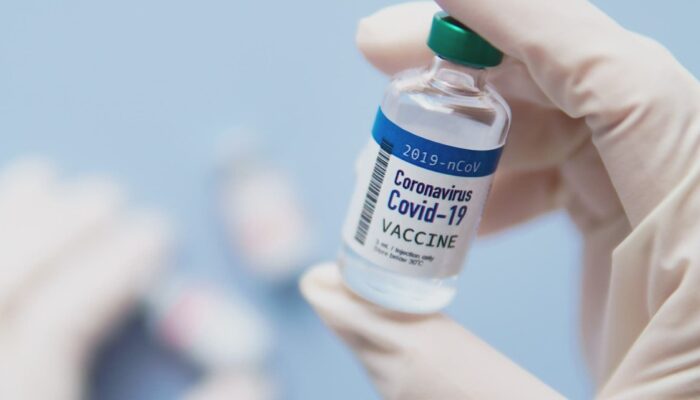 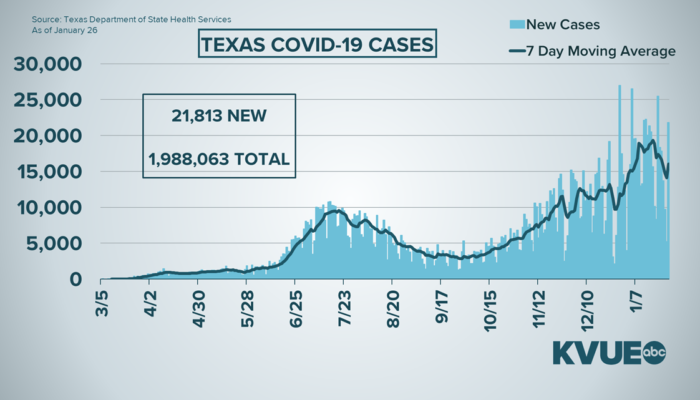 About the Author: Alex Samuels 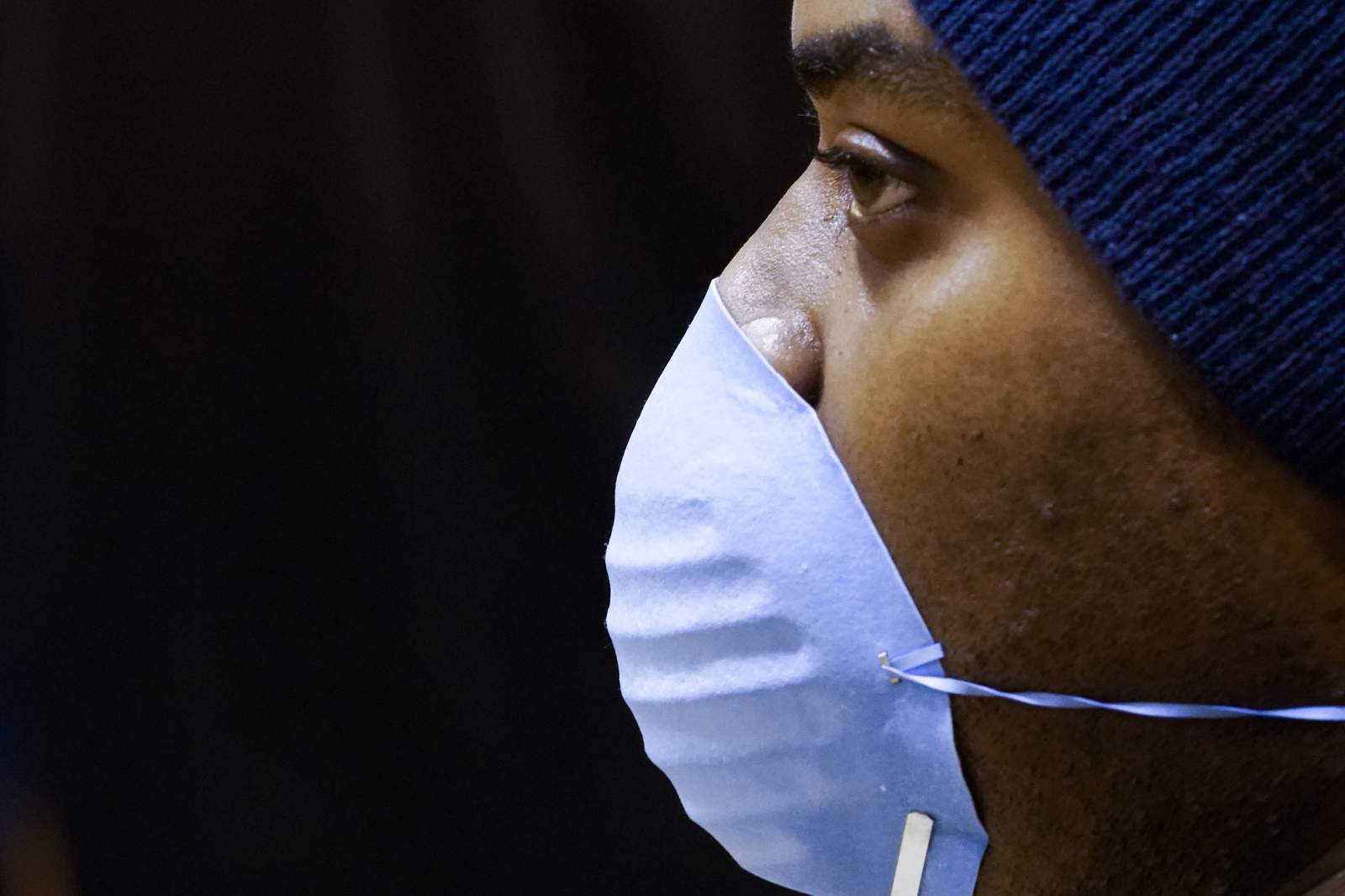 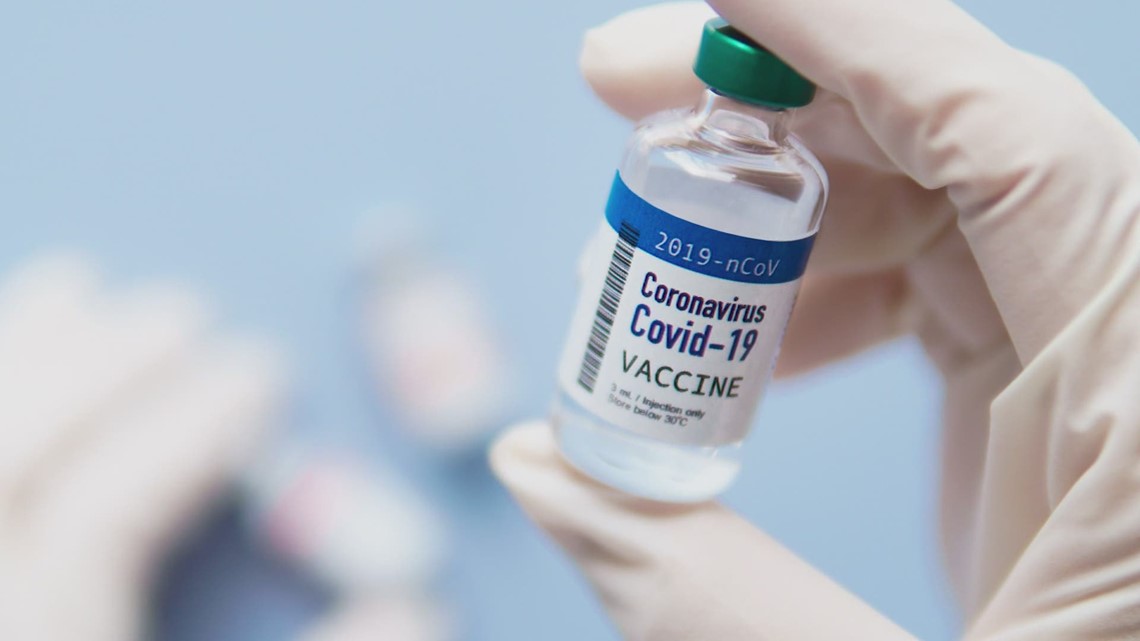 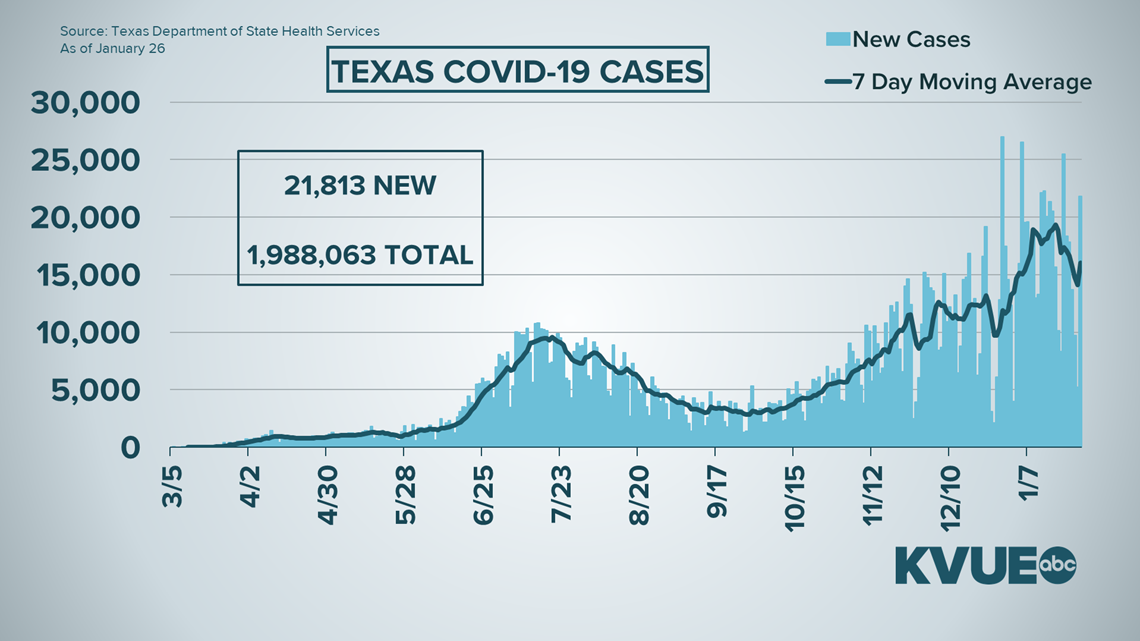 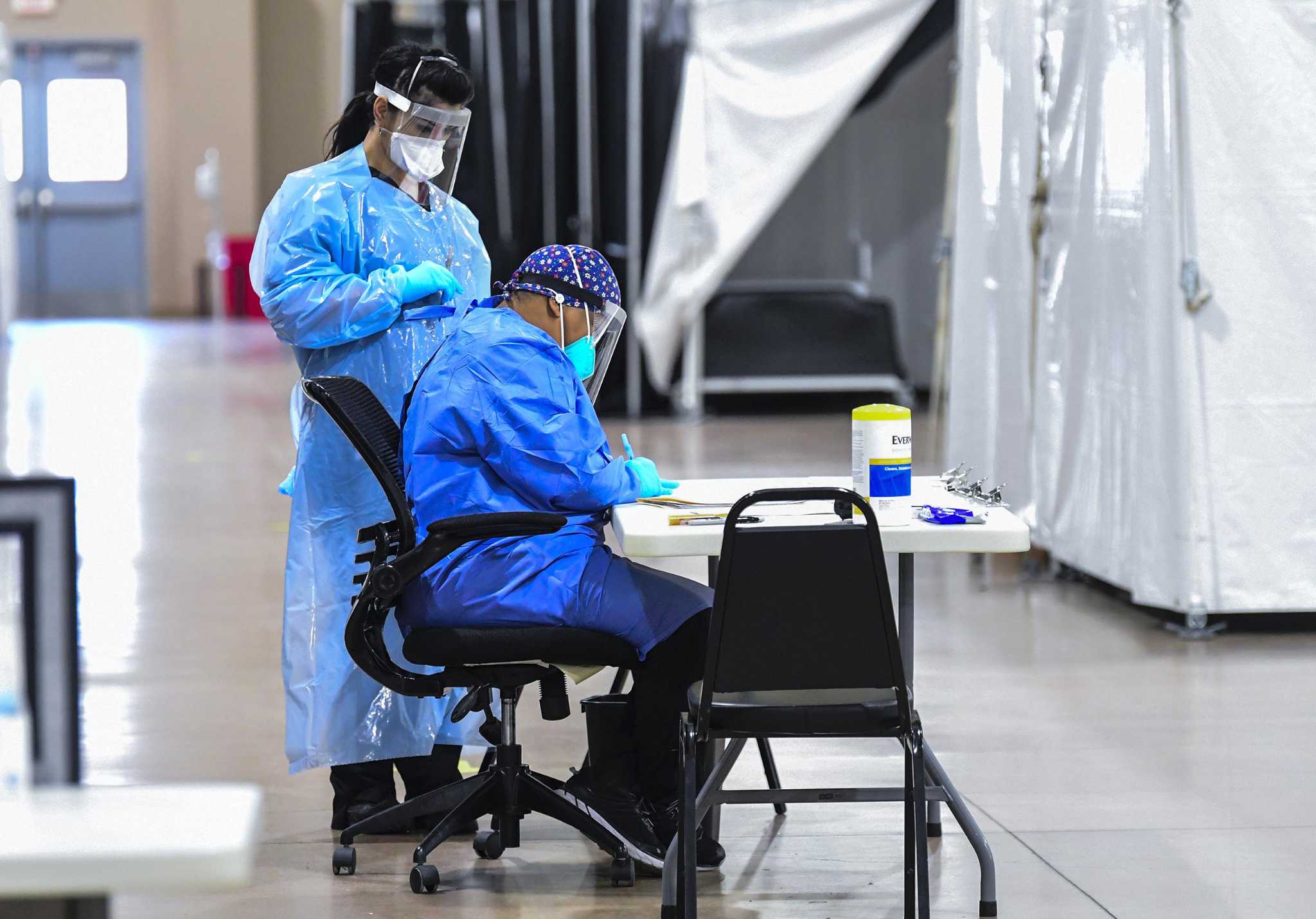 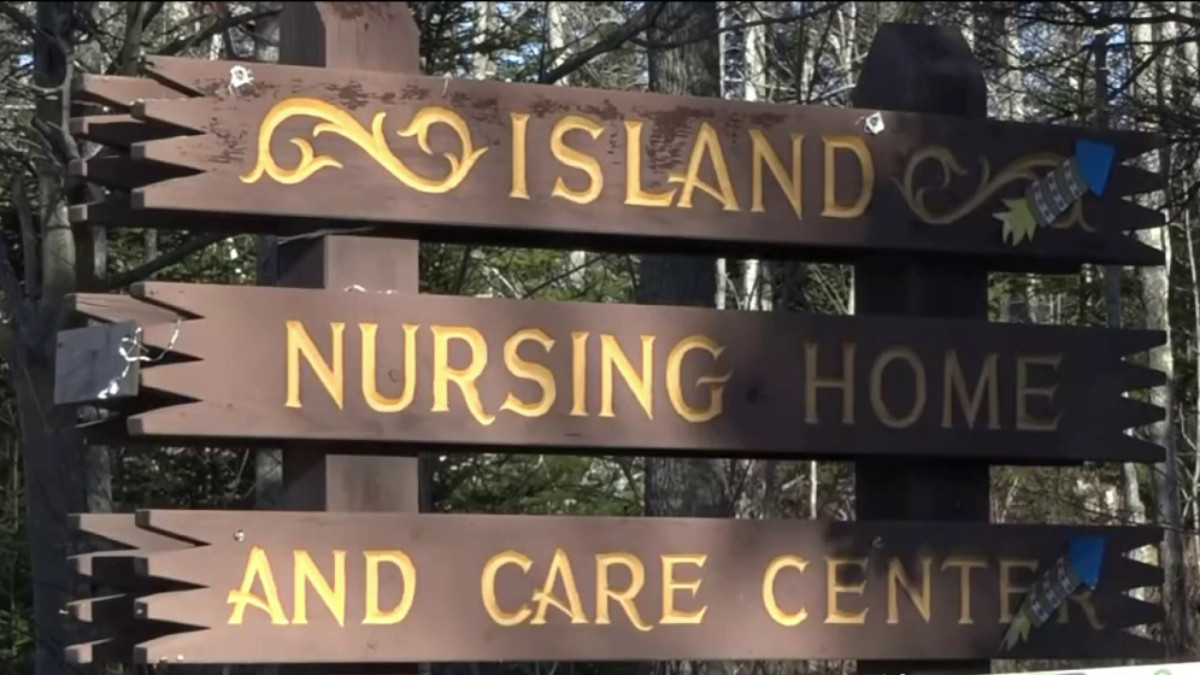 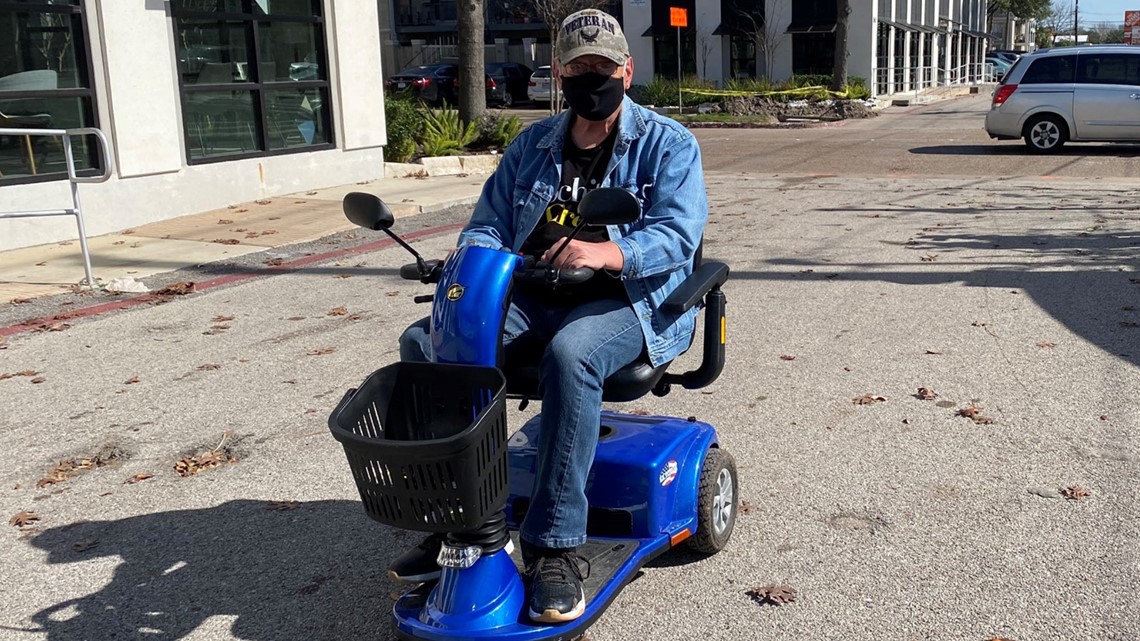