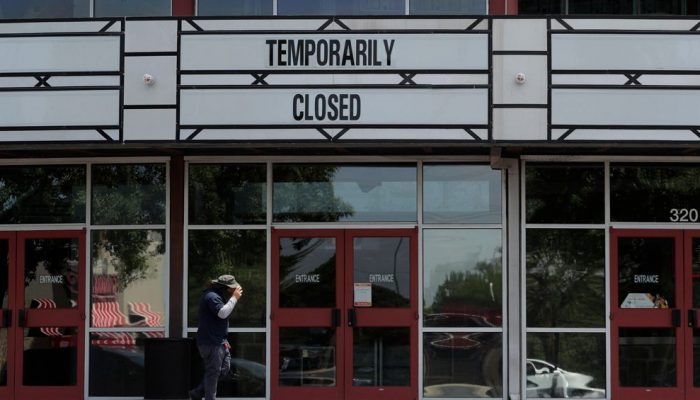 
On Friday, Texas Governor Greg Abbott began loosening the state’s coronavirus restrictions and allowed movie theaters and select businesses to reopen doors and function at a 25% capacity while keeping in line with COVID-19 safety protocols. Many major movie theater chains like Cinemark, AMC and Alamo Drafthouse decided to remain temporarily closed while Evo Entertainment and Santikos Entertainment have opted to test the waters and open a few of their theaters on May 2, the same day the AP reported Texas was hit with more than 1,000 new coronavirus cases for the third consecutive day.

Texas health officials reported 1,293 new cases, the second-highest single-day infection rate, according to the AP. This marks the first time Texas has recorded more than 1,000 three days in a row.

Santikos Entertainment opened three of its nine locations in San Antonio. According to their website, all movies will be $5 and they’ll be will be screening Trolls World Tour, Bloodshot, I Still Believe, The Invisible Man and the 1997 classic Selena.

In a video posted on their site, Santikos Entertainment CEO Tim Handren ensured, “We are following the best guidelines that we can to open safely.”

In San Antonio, however, Santikos Entertainment will open three of its nine locations on Saturday, making it one of the first operators in the nation to open its doors. He said that they did not make it mandatory for employees to return but they resoundingly said they wanted to come back. That said, Handren said that they are maintaining protocol to keep their employees and customers safe by implementing social distancing, minimizing touchpoints and limiting concession menu items. All employees will be wearing PPE and seating arrangments and exiting of the theater will be handled appropriately.

Watch the full video below.

Santinkos opened the theaters in Palladium, Cibolo, and Casa Blanca. In addition, EVO Entertainment will open theaters in the Texas cities of Kyle and Schertz on May 4. They will adhere to protocol and include temperature checks and airport security-like check-in.

However, in Fort Worth, Jimmy Sweeney, owner of Grand Berry Theater, is not ready to reopen despite having just opened in August 2019. “We are a business that thrives on bringing crowds together and this is obviously not the time to be doing that,” Sweeney told NBC DFW. He adds that they are not ready to do full movie experiences with normal showtimes, but is open to allowing rentals that include groups of 15 people or less.

According to an interview with San Antonio ABC affiliate KSAT, Palladium’s Guest Experience Manager, James Ford, said with all the safety measures and preparation that went into re-opening the theaters, he said, “I feel 100% safe or I wouldn’t be back.”

About the Author: Dino-Ray Ramos