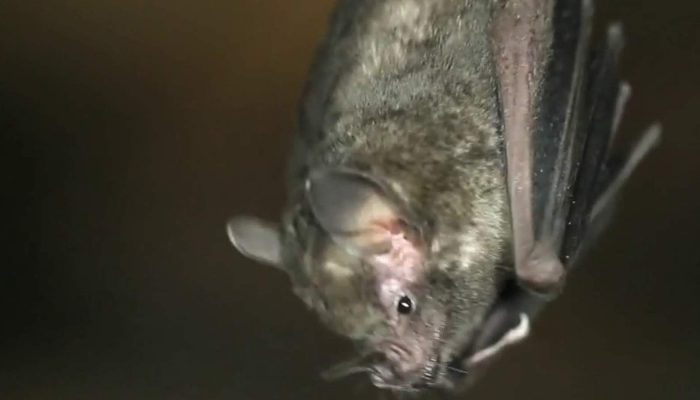 
SAN ANTONIO – During a time when bats are getting a bad rap, conservationists say there’s nothing to fear when it comes to North American bats.

It’s baby season for San Antonio bat colonies. Here’s what to do if you find one on the ground.

Michelle Camara, with Southern Wildlife Rehabilitation, said bats in Texas are only known to contract rabies, just like cats and dogs, but there’s nothing dangerous to them.

“Their problem is getting parasites, which are only indigenous to them,” she explained.

Camara wants the community to know bats are vital to our ecosystem and need to be protected.

“This is a bat that will eat 6,000 bugs in a night,” she said while holding a Mexican free-tail bat.

Jonah Evans, a mammalogist for Texas Wildlife & Parks Department, said there’s no indication that North American bats carry any form of coronavirus. But he said researchers are keeping a close watch on a study being conducted by the National Wildlife Health Center in Madison, Wisconsin, to see if bats can get the virus and become carriers.

“We don’t want it to create another reservoir for the disease to potentially get into other animals, principally get back to people, and stuff like that,” Evans said.

Evans said bats in Texas are vital to the economy, and researchers are taking precautions to protect them, as much as they can.

“Just the Mexican free-tail bats in Texas save farmers in the order of $1.2 billion a year — just in Texas — and reduced pesticide needs and reduced crop damage,” Evans said.

The most recent threat to Texas bats started a few years ago with white-nose syndrome, which attacks hibernating bats. According to the website whitenosesyndrome.org, the disease causes the bats to become more active than usual. They may also do strange things, such as flying outside in the daytime during winter. Studies are ongoing to try to find a cure for this disease.

Evans said during the pandemic, handlers with permits have been given instructions on how to handle bats and not to release them until more information is available on COVID-19 and how it affects bats.

He says, unfortunately, testing for COVID-19 on bats is not yet available.

Evans said a Texas university has expressed interest in studying bat guano, but that study will take a few months to get off the ground.

The state has recently hired a bat expert to do more studies on the mammals.

Evans said he thinks that for the most part, Texans are responsible for allowing bats to have their space, and he hopes that will protect them.

“I find that people are pretty proud of the bats that we have here and seem to be pretty interested in learning about our bats,” he said.