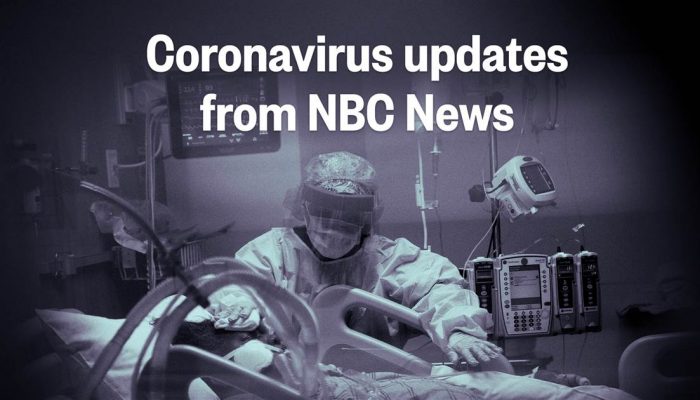 Texas Gov. Greg Abbott on Monday eased more restrictions on restaurants and will allow summer school as soon as June 1.

Restaurants can now have up to 50 percent capacity and summer schools can reopen if they choose as long as social distancing and other regulations are maintained, the governor said. Still, he urged Texans to follow rules.

Also Monday, the Archdiocese of Galveston-Houston said that all Masses at the Holy Ghost Church have been canceled after a parish priest died on May 13, and after five of seven people he shared a residence with tested positive for COVID-19.

The priest, Donnell Kirchner, 79, was diagnosed with pneumonia and sent home, and the archdiocese said it was not clear if he was tested for COVID-19. But the others were tested, and this past weekend five of the seven who he shared a residence with tested positive, the archdiocese said.

Two of those who tested positive are priests who have been active in celebrating Masses at the church since it reopened May 2. The archdiocese said that crowds have been limited but encouraged anyone who attended Mass to monitor themselves for symptoms and to get tested as a precaution.

By continuing to use safe practices, we are slowing the spread of #COVID19 & protecting our most vulnerable.

Now more than ever, we need to work together as one Texas.https://t.co/W01ARJTl3H

Northam to open Virginia Beach in time for holiday weekend

RICHMOND, Va. — Virginia Gov. Ralph Northam is relaxing restrictions on beachgoers in Virginia Beach ahead of the Memorial Day weekend.

Northam said Monday he is allowing the beaches to open under modified conditions including sunbathing and surfing starting Friday. Northam said there will still be a ban on group sports, alcohol use, electronic speakers, and tents. And beach parking will be capped at 50 percent capacity.

Last week, most of Virginia began Northam’s first phase of a gradual reopening plan, which kept in place beach closures except for exercise and fishing.

Those rules were not strictly enforced and warm weather last weekend drew large crowds to the Virginia Beach oceanfront, the state’s most popular beach.

The governor sternly warned that he could close the beaches again if his new rules aren’t followed.

The University of Notre Dame plans to allow students back to campus in August after all in-person classes were canceled in March because to the coronavirus epidemic, the school’s president said Monday.

There will be “comprehensive testing for COVID-19, contact tracing, quarantine and isolation protocols, social distancing and mask requirements, and enhanced cleaning of all campus spaces,” the university in South Bend, Indiana, said in a statement.

Last week, the California State University System said that it plans to offer most of its courses for the fall virtually.

Notre Dame President Rev. John I. Jenkins said in a letter to the campus community that reopening the campus is like “assembling a small city of people” from all over the U.S. and the world.

“We recognize the challenge, but we believe it is one we can meet,” Jenkins wrote. The university president cited remarks from Indiana Gov. Eric Holcomb that he hopes to have the state “back on track” and on its final stage of reopening by July 4. That stage allows large events like conventions and sporting events, although with social distancing.

This modified schedule for the 2020-21 fall semester begins two weeks earlier than originally scheduled and will forgo fall break in October and end the semester before Thanksgiving.https://t.co/b3aVqc4r39

More than 130,000 autoworkers returned to factories across the U.S. for the first time in nearly two months Monday in one of the biggest steps yet to restart American industry.

Detroit’s Big Three — Fiat Chrysler, General Motors and Ford — as well as Honda and Toyota all had screening procedures in place at dozens of factories that reopened from the Great Lakes states south to Tennessee and Texas and out west at Tesla’s factory near the San Francisco Bay.

Do you love your grandma enough to be infected with coronavirus?

After forming in late March, a nonprofit called 1 Day Sooner has heard from more than 20,000 volunteers willing to be infected with COVID-19 to speed the development of a vaccine.

Tech workers grade states on ability to test and trace

A group of mostly tech workers is grading states on their ability to carry out comprehensive programs to “test and trace” for the coronavirus, a primary strategy of public health officials responding to the global pandemic.

Current and former employees of tech companies including DoorDash and Facebook are posting the grades along with supporting data at testandtrace.com in an effort to push states to prepare by deploying enough tests and hiring more people to carry out contact tracing. Others from outside tech, including a writer for Bloomberg Opinion, are also part of the group.

According to their grades, six states are fully prepared with sufficient tests and enough people to trace the recent contacts of new infections: Alaska, Hawaii, Montana, North Dakota, Oklahoma and Vermont.

The group defines test and trace as “identifying people who have come into contact with an infected person (contact tracing), testing them, and then isolating them if they’re sick.”

Cafes, restaurants and bars are back open in much of Italy as lockdown restrictions continue to ease.

Wisconsin Gov. Tony Evers, a Democrat, said Monday that the Democratic National Committee will likely host a virtual convention amid the coronavirus pandemic.

“I want the Democratic convention to happen. But I also want to ensure that there isn’t stress on the public health system, nor put the delegates and others that come to the convention in harm’s way,” Evers said. “I would believe it’s likely that it would be virtual but I want to look at the data before I do any recommendation.”

The DNC initially planned to have the nominating convention in July in Milwaukee but it was postponed until August due to COVID-19 to give planners more time to determine the best structure for the event. Evers has also had his emergency powers tested in Wisconsin by the GOP legislature and after the state Supreme Court struck down the governor’s stay-at-home order last week.

Trump admin asks nursing homes to get all residents, staff tested before reopening, though many can’t do so

The Trump administration said in press release Monday that before a nursing home can reopen it recommends — but does not require — that all residents and staff at the facility should get a diagnostic test to see if they are positive for COVID-19.

The Centers for Medicare and Medicaid Services also recommended in the press release that states should conduct inspections prior to the reopening of a long-term care facility, and recommended that nursing homes delay reopening until their is a “sustained decrease” in coronavirus cases.

NBC News reported last week that while the White House was asking states to universally test all nursing home residents and staff over the coming two weeks, many states remain unable to do so, including Vice President Mike Pence’s home state of Indiana.

The Dropkick Murphys will perform a live concert from an empty Fenway Park, the band announced on Monday.

The show, dubbed “Streaming Outta Fenway,” a play on the group’s song “Shipping Up to Boston,” will be streamed live on the band’s Facebook, YouTube, Twitter and Twitch pages on May 29 at 6 p.m. EST. Bruce Springsteen will also join from a remote location. Together, they will play a Dropkick Murphys song and a Springsteen song.

In a post on its website, the group said it is the first band in history to play a full show in an empty sports stadium and the first to play on the dirt and grass of Fenway Park’s infield. The concert, which is free of charge, will raise money for Boston Resiliency Fund, Habitat For Humanity and Feeding America.