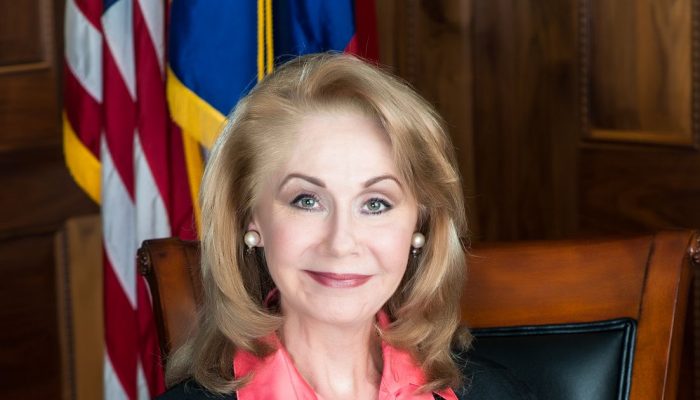 Lehrmann and her husband, Greg, suffered fevers and body aches early last week before getting swabbed at an Austin drive-through testing center, she said.

Their Houston lawyer son, Jonathan, his wife Sarah and their six-month-old son Jack abruptly ended their visit at the elder Lehrmanns’ Austin residence. Though testing hasn’t confirmed it, the three Houston Lehrmanns also are believed to have been infected, Debra Lehrmann said.

“We have strictly adhered to the stay-at-home order since early March,” she said.

“We’re fortunate because we’re all lawyers so we’ve been able to work at home. And of course, we’re not going to take any kind of risk whatsoever with an infant,” she explained.

From the epidemic’s outbreak, she said, she and Greg Lehrmann cooked all of their meals at home. They wore masks and gloves whenever they went out. And they only ventured out to go to the grocery store, she said. At first, they went once a week but eventually managed to go just once every two weeks, she said.

Every other weekend during the lockdown, Jonathan and Sarah would bring the baby, the Lehrmanns’ first grandchild, to visit in Austin, Debra Lehrmann said. They packed toilet paper for pitstops, avoiding public restrooms while en route, she said.

“We were just extremely careful – and then we get it,” she said. “How in the world would that happen? We have no idea. All I know is it must be very contagious.”

Late last week, in Houston, Jonathan and Sarah Lehrmann tested negative for the virus, Debra Lehrmann said. Her son took the test a second time and is awaiting results, she said.

But all five have experienced at least a fever, if not other symptoms associated with COVID-19, she said.

No public health contact tracers have reached out to the elder Lehrmanns, she said.

If they did, Lehrmann said she wouldn’t have many names to offer. She’s joined the other eight justices in hearings on Zoom, and been able to keep up with her work, she said.

“It’s just perplexing,” she said of her infection.

For her and her husband, their once-flu-like symptoms have abated this week, she said. Their oxygen levels have remained strong, she said.

“What makes it worse is just the unknown,” she said. “Reading these stories about what can happen from Day 7 to Day 14, in terms of … damage to your lungs and then … the horror stories of people who go to the hospital and have to be hooked up to a ventilator and then are given an induced coma.”

Former Gov. Rick Perry named her to the Texas Supreme Court in June 2010. Later that year, she won a six-year term. She was re-elected in 2016.

Gov. Greg Abbott, out of concern he potentially was exposed to the virus during a White House visit earlier this month, was tested early last week, along with several aides. All tested negative.