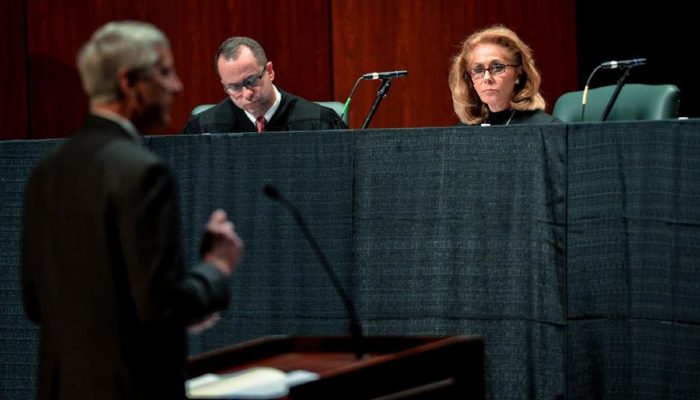 
A Texas Supreme Court justice said Thursday that she and her husband have tested positive for COVID-19 after going to a drive-through testing center with symptoms including body aches and fever.

Justice Debra Lehrmann tweeted that she and her husband, Greg, tested positive for the disease caused by the coronavirus. She told the Dallas Morning News that they went to the Austin center last week after noticing symptoms.

Lehrmann is the highest-ranking state official known to have tested positive. She said her health has not interfered with her job because the state Supreme Court is working remotely.

She said the couple have “strictly adhered” to stay-at-home orders since early March, cooking all their meals at home and wearing masks and gloves to the grocery story. They did get visits from family, which included an infant grandson.

“We were just extremely careful, and then we get it,” Lehrman told The Morning News. “How in the world would that happen? We have no idea. All I know is it must be very contagious.”

Antibody tests show a past infection, while viral tests show an active infections. According to data released Thursday, of the 800,433 tests overall in Texas, at least 49,300 were antibody tests.

Travelers from those areas had been required to self-quarantine for two weeks.

The limited services that will be offered include: applying for a Texas driver’s license, learner’s permit or ID card and scheduling a drive test. Services will only be offered with an appointment, according to the release.

The Texas Department of Public Safety — which runs the driver license offices — will launch an appointment system Friday through which people can book an appointment up to six months in advance.

About the Author: From wire reports