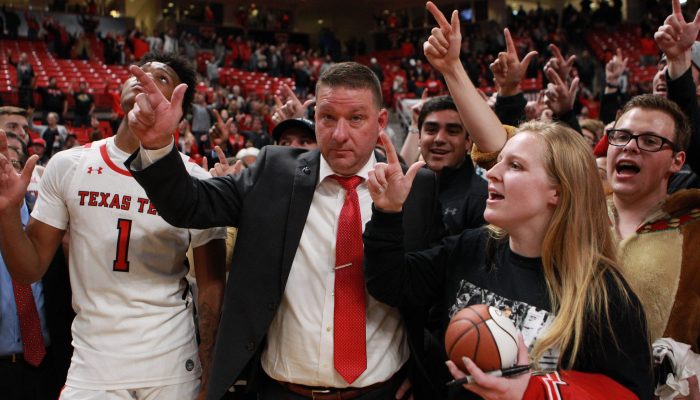 SportsPulse: USA TODAY Sports’ Mackenzie Salmon breaks down all the details and key dates to know for the NBA’s approved plan to restart the 2019-20 season.

According to the release, members of the program who tested positive have been self-isolated in accordance with CDC Guidelines and the City Department of Health procedures for a positive test which includes contact tracing.

Per the CDC, contact tracing is the process of identifying persons who may have come into contact with an infected person and subsequent collection of further information about these contacts.

“The health, safety and well-being of our student-athletes and staff is our top priority as a university and athletic department,” the statement read. “Due to privacy laws the University cannot disseminate information regarding specific individuals and their health.”

In terms of the current roster, Texas Tech has added more talent to the returning core of Kyler Edwards, Terrence Shannon Jr. and Kevin McCullar who played significant minutes last season. Clarence Nadolny and Avery Benson, who have not announced any intentions to transfer, provided energy and defense off the bench.

Edwards, Benson, Nadolny, Shannon Jr. and McCullar are joined by returners Tyreek Smith (missed year with foot injury) and Joel Ntambwe (sit-out transfer from UNLV), who are all on scholarship.

Georgetown transfer guard Mac McClung also signed to play for the Texas Tech men’s basketball team back on May 28. McClung, who will have two years of eligibility remaining, filed for a waiver for immediate eligibility according to ESPN. If granted the waiver, he will not have to sit out and redshirt the 2020-21 season.

By rule, Division I individual institutions can have a maximum of 13 scholarships for men’s basketball. The current Red Raider roster has 13 players with the incoming 2020 class.

Ramsey, the Big 12 Freshman of the Year, announced his decision April 25 to enter the NBA Draft process while retaining his eligibility with the option to return to Texas Tech. The Arlington, Texas, native has been included in NBA mock drafts, ranging from a mid-first to second-round pick and would increase the roster to 14 if he elected to return.

In addition, Jonathan Kuminga — rated the No. 1 prospect in the Class of 2021 — cut his list of options to four schools — Auburn, Duke, Kentucky and the Red Raiders — while also keeping the door open for a spot in the NBA G-League select program.

On Sunday, Kuminga, the younger brother of Ntambwe, took part in the The Patrick (Hillside, New Jersey) School’s virtual graduation. He’s expected to reclassify to the Class of 2020.

About the Author: Corpus Christi Caller-Times