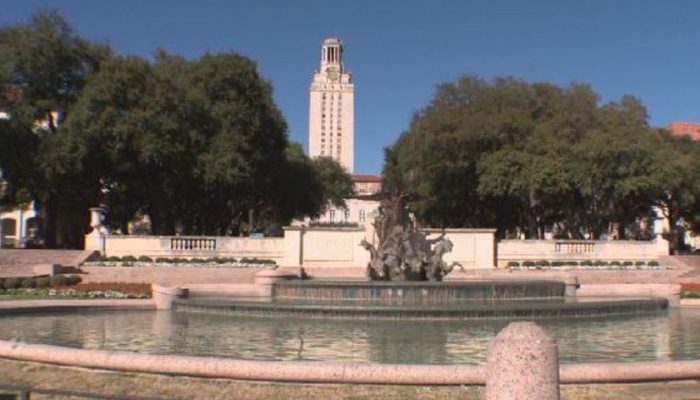 AUSTIN (KXAN) — The University of Texas at Austin, citing ongoing COVID-19 economic challenges, will make changes to both university scheduling and spending for the coming semesters.

In a memo released online, UT President Greg Fenves and Interim President Designate Jay Hartzell said they will reduce the cost of all undergraduate summer learning courses to 50% of its standard fall and spring rates. Summer classes will only be offered online. There is no cost change for graduate and professional student summer courses.

For faculty and staff, there has been a freeze on pay raises during this time to maintain employee positions. Only essential expenditures to core university functions are being considered for approval, the university reports.

Fenves acknowledged the financial strain the global pandemic has had on students, families and UT staff.

“We recognize that you are balancing these changes with stress and uncertainty at home, even as you continue your studies. We are making these decisions with your well-being in mind and will keep you updated as we work to maintain our standards of excellence in teaching and research, and advance the university,” the president wrote.

This comes as other universities across the nation are making major budgetary and operational changes. Experts predict substantial drops in enrollment for the coming semesters and families work to refinance their livelihoods.

Other schools are slashing spending elsewhere.

On Wednesday, St. Edwards University announced it will cut six sports from its athletic program due to COVID-19.

Men’s and women’s tennis, men’s and women’s golf, men’s soccer and cheer will be cut from the athletic department budget. Cheer will move to a club sport distinction and be funded under the RecWell Department, Taylor said.

“I am deeply grateful to the coaches who have worked diligently over the years to build nationally recognized and well-respected programs,” Associate Vice President of Athletics Debbie Taylor said. “As we make this difficult transition, I know that all of our coaches and staff members have our student-athletes as a top priority and will work closely with them to support their needs.”

Texas State University officials say the president’s cabinet is considering changes which will be announced later this week.

For students, the threat of the unknown is overwhelming and frustrating.

“It’s been a very big change. It’s something that no one has really ever encountered,” said UT junior Kacey Vandervort. “We don’t know when we will be able to return back to campus or when classes will resume normally again. It’s a lot of frustration because its all very unknown and confusing.”

Vandervort, like many of her friends, have lost their jobs. She says they are worried for their future and their ability to pay full tuition next semester.

She said if online classes are made mandatory, she would like to see a 50% financial cut like the university is applying for its summer program.

“A lot of students are erring on the side of, ‘we might not be back on campus in the fall,’” Vandervort said.

The University of Texas at Austin spokesperson said UT alumni and friends have raised almost $1 million for the student emergency fund. Students who face financial difficulties have the option to apply for assistance. President FEnves said he plans to match all new contributions.

The spokesperson said the University will not drop its commitment to pay full tuition in the fall for families making less than $65,000 after taxes.

“Access to affordable, public universities is especially important during tough economic times, when the number of people relying on financial aid increases. The University of Texas plans to be there for Texas students and families,” the spokesperson said.

Tonight on KXAN News at 10, Alex Caprariello will share any changes being made to UT’s offer to pay full tuition for families making less than $65,000 after taxes.