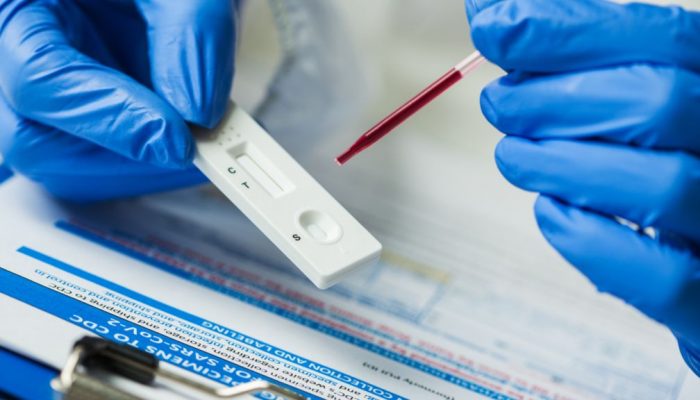 
The U.S. Centers for Disease Control and Prevention (CDC) and several state health departments have been reporting COVID-19 diagnostic tests and antibody tests as one grand tally, rather than keeping their results separate, The Atlantic reported.

Namely, combining the numbers could make America’s diagnostic testing capabilities and testing rates appear higher than they actually are, according to The Atlantic. And as the tests serve profoundly different purposes, “positive” results from either test cannot be interpreted in the same way. Reporting all the positive results together, as one number, could skew our understanding of how many new COVID-19 cases emerge over time — a crucial metric to help control outbreaks as states begin reopening.

When told how the CDC chose to lump the results of both tests together, director of the Harvard Global Health Institute Ashish Jha told The Atlantic, “You’ve got to be kidding me … How could the CDC make that mistake? This is a mess.”

Diagnostic tests for COVID-19 work by detecting viral genetic material in nasal swabs, throat swabs and saliva samples collected from patients, Live Science previously reported. The tests, although not 100% accurate, can reveal whether a given patient has an active COVID-19 infection right now, at the time of testing. New, saliva-based tests appear to be more reliable than the swab-based tests, in terms of minimizing false results.

Antibody tests cannot be used to diagnose an active COVID-19 infection; rather, the tests scan patient blood samples for evidence of past infections. During infection, the body mounts an immune response against the virus by building specific antibodies — molecules that latch onto the virus and help neutralize it, Live Science previously reported. A positive antibody test result would indicate that the person has already been exposed to the virus and likely already recovered from an infection. If a person tests negative on an antibody test, they could still have an active COVID-19 infection, as their body has yet to build up enough specific antibodies to be detected by the tests.

“The viral [diagnostic] testing is to understand how many people are getting infected, while antibody testing is like looking in the rearview mirror,” Jha told The Atlantic. “The two tests are totally different signals.”

Combining these two signals makes the data difficult to interpret and could be misleading to the public, because the combined number does not reflect the rate of new infection (and the number of infectious people circulating) in their region, William Hanage, an epidemiology professor at the Harvard T.H. Chan School of Public Health, told The Atlantic. “Combining a test that is designed to detect current infection with a test that detects infection at some point in the past is just really confusing and muddies the water,” he said.

In addition, people are most likely to receive a diagnostic test if they’re suspected to be infected, meaning they’re showing symptoms of the disease or have been in contact with an infected person. Antibody tests can be given to anyone, and because relatively few people are thought to have been infected with COVID-19 across the U.S., many antibody tests may come back negative. If combined with diagnostic test results, antibody test results could artificially lower the percentage of positive tests out of the total.

The percentage of positive diagnostic tests provides a sense of how much virus is currently circulating in a community, and if skewed, that warped statistic could wrongly influence public health policy decisions.

In addition to the CDC, Pennsylvania, Texas, Georgia and Vermont also report their diagnostic and antibody test results as one grand total, according to The Atlantic. Virginia and Maine previously blended their data, as well, but they have started reporting the numbers separately within the past week.

According to The Atlantic’s COVID Tracking Project, COVID-19 testing capacity in the U.S. has more than doubled over the past month, increasing from about 147,000 tests a day in mid-April to more than 413,000 tests a day as of May 20. Simultaneously, the proportion of positive tests recorded each week fell from 10% to 6% of total tests conducted. Both trends appear encouraging at face value, but given that diagnostic and antibody tests are sometimes being lumped together, it’s impossible to know whether the data reflects reality, The Atlantic reported.

When asked about the mess-up, CDC spokesperson Kristen Nordlund said that the agency “hopes” to separate the data on their COVID Data Tracker within the next few weeks.

About the Author: Nicoletta Lanese