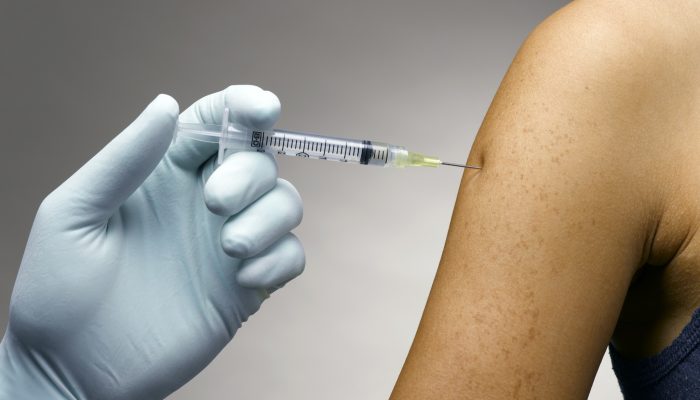 Dr. Anthony Fauci, the Trump administration’s point man in the fight against COVID-19, has said a safe vaccine for the virus could be ready for use in 12 to 18 months. That’s the same timeline the World Health Organization is working on.

History suggests it will take longer. The vaccine that holds the record for fastest approval time, Mumpsvax (mumps virus vaccine live), took four years before it was ready. Scientists have been trying to develop an HIV vaccine for decades without success.

On Wednesday, Severin Schwan, the head of the Swiss pharmaceutical giant Roche, described Fauci’s 12-18 month estimate as “ambitious” and said a vaccine most likely won’t be ready until the end of 2021 at the earliest.

With confirmed global coronavirus cases now topping 2.5 million, the pressure to develop a vaccine is mounting, and dozens of firms and scores of scientists are working toward that goal. Here are some of the contenders:

—Moderna bankrolled: Last week, Moderna’s mRNA-1273 vaccine received a $483 million grant from the Biomedical Advanced Research and Development Authority (BARDA) to ramp up late-stage trials and vaccine production. The company intends to start a phase 3 study in the second quarter and could start phase 3 this fall.

The vaccine uses a genetic molecule called mRNA as its base. Scientists generate the mRNA in the lab and, rather than directly injecting SARS-CoV-2 (the novel coronavirus) into patients, instead will introduce this mRNA.

The bad news is no vaccine built from a virus’ genetic material has ever earned approval. Because of mRNA’s unproven track record, global analytics firm Clarivate estimated Moderna’s vaccine has just a 5% chance of success and that approval would take 5.2 years. Successful results in phases 2 and 3 could change those predictions, a Clarivate spokesperson told the drug industry publication Fierce Pharma.

Inovio told Fierce Pharma it remains “highly confident in the viability and likelihood of success of our vaccine candidate for the novel coronavirus.”

—Janssen’s gamble: Janssen Pharmaceuticals, a Johnson & Johnson subsidiary, aims to start human trials for its vaccine by September 2020 at the latest. The company says it plans to be able to manufacture 600 to 900 million coronavirus vaccine doses by the first quarter of 2021, increasing to a billion over the year.

“Normally, companies would not invest in their manufacturing scale-up until they were deep into phase 2 and starting phase 3. They’d have more clarity that a product was going to work,” Phyllis Arthur, vice president for infectious diseases and diagnostic policy at Biotechnology Innovation Organization, told Quartz.

—A British vaccine by autumn? A University of Oxford team will begin human trials of a potential coronavirus vaccine Thursday, according to the Independent.

One of the scientists said if the trials are successful, millions of doses of vaccine could be ready by the fall. British Health Secretary Matt Hancock said reaching this stage in normal times would “take years.”

Hancock announced he was allocating £20 million ($24 million) to the Oxford team and a further £22.5 million to Imperial College, whose scientists are also working on a vaccine.

According to the Jerusalem Post, Gershoni is focusing on the virus’s Receptor Binding Motif (RBM), part of the virus’ “spike” protein, which attaches itself and infects a target human cell. Once the viral membrane fuses with that cell, the genetic blueprint of the virus can enter the cell and begin infection.

“The idea is to recreate, to reconstitute, to construct an RBM of COVID-19 virus and use it as the vaccine,” he told the Post. “That is to say, you would inject a small 50 amino-acid sequence and it would allow our immune system to focus on it and create antibodies that would directly target the virus at its weak spot.”

Development of such an RBM-based vaccine should take months, but it then would need to be tested in clinical trials, taking up to a year, Gershoni says.

—200,000 doses in Texas: Dr. Peter Hortez, a dean at Baylor College of Medicine and co-director of the Center for Vaccine Development at Texas Children’s Hospital in Houston, told MSNBC his team has already 200,000 doses of a coronavirus vaccine ready for human clinical trials. Even so, he says a 12-18 month timeline for a vaccine would be “unprecedented.”

One of the biggest obstacles to fast-tracking a vaccine are the time-consuming human trials necessary to ensure its safety while demonstrating its efficacy. But given the magnitude of the pandemic, some members of Congress are suggesting a short cut.

Volunteers allowing themselves to be intentionally infected with the virus that causes COVID-19 could accelerate the development of a vaccine, said 35 members of the U.S. House of Representatives in a letter Tuesday to the Food and Drug Administration and its parent agency, the Department of Health and Human Services, the journal Science reported. The controversial strategy is backed by both Democratic and Republican members of the group.

The legislators also are pushing the idea of parallel, simultaneous testing of different doses of a vaccine rather than the traditional sequential testing, which starts with participants getting the lowest dose first and gradually building up the dosage as the trial proceeds. The strategy could expedite testing from small groups to larger trials.

Scientists are divided on “human challenge” trials, with some arguing the risks are too great.