Home Covid Treatments The Latest: Only one COVID-19 treatment is designed to keep people out of the hospital but few are getting it 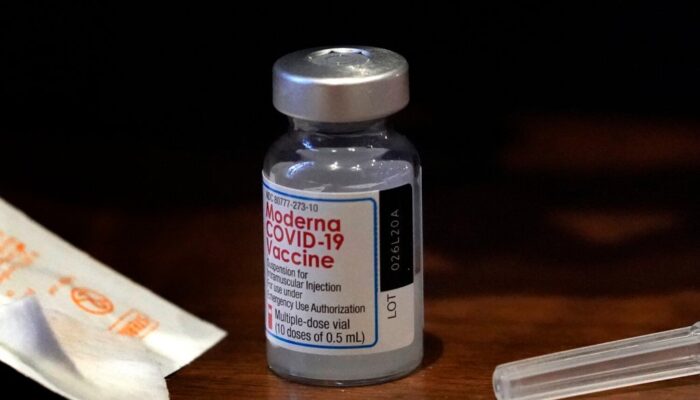 Medical centers in the United States are balking at providing the only treatment for COVID-19 that aims to keep people out of the hospital, leaving hundreds of thousands of doses of the medication unused.

Monoclonal antibodies — described as “unbelievable” by President Trump, who received the treatment this fall — are designed for patients newly diagnosed with COVID-19, the disease caused by the coronavirus, who have a high risk of developing complications and becoming seriously ill.

But for hospitals already strained by a surge of COVID-19 cases, the outpatient pharmaceutical treatment presents a major logistical challenge as exhausted staff scramble to care for patients and race to inoculate front-line workers with the first coronavirus vaccines.

As of Wednesday, the federal government had allocated 550,000 doses to states and territorial health departments, which had distributed 378,000 doses to health-care facilities, according to the Department of Health and Human Services. But only 20 percent of the supply had been used, HHS said.

Some hospitals, including Beth Israel Deaconess Medical Center in Boston, have declined allocations, while others have simply not used the antibody treatments. The slow rollout reflects myriad challenges involving the intravenous drugs, which are made by Regeneron Pharmaceuticals and Eli Lilly and were granted emergency use authorizations last month.

The treatments must be given within 10 days of the onset of symptoms — a time when many patients are hunkering down at home, hoping to get better. Clinics and hospitals need to set up a special infusion space to keep contagious patients away from other people, including cancer patients receiving chemotherapy. Nurses must be pulled from other duties to monitor patients for the two-hour sessions, in part to watch for rare allergic reactions.

Questions about the drugs’ effectiveness further complicate matters. The Infectious Diseases Society of America recommends against routine use of the drugs, citing a lack of evidence, and the National Institutes of Health says “insufficient data” exists to recommend for or against the medications. Clinical trials of the two antibody treatments continue.

WASHINGTON — President-elect Joe Biden is planning a lighting ceremony at the Lincoln Memorial Reflecting Pool to honor those killed by the coronavirus the day before he is sworn into office on Jan. 20.

The Presidential Inaugural Committee said Thursday that it would hold the event the evening of Jan. 19, calling it the “first-ever lighting around the Reflecting Pool to memorialize American lives lost.” It is also inviting communities around the country to join Washington in lighting up buildings and ringing church bells at 5:30 p.m. in “a national moment of unity and remembrance.”

“In the midst of a pandemic — when so many Americans are grieving the loss of family, friends, and neighbors — it is important that we honor those who have died, reflect on what has been one of the more challenging periods in the nation’s history, and renew our commitment to coming together to end the pandemic and rebuild our nation,” inauguration committee spokesman Pili Tobar said in a statement.

Biden and Vice President-elect Kamala Harris plan to take their oaths of office outside the U.S. Capitol building, part of inauguration events that aim to capture the traditional grandeur of the historic ceremony while complying with COVID-19 protocols. The virus has killed more than 340,000 people nationwide.

The inauguration committee already announced this week that there would be no traditional inaugural luncheon at the Capitol because of the virus, another political tradition suspended because of the pandemic.

Over the weekend, a Wisconsin hospital announced that it had been forced to toss more than 500 doses of the coronavirus vaccine because an employee accidentally left dozens of vials unrefrigerated overnight.

But on Wednesday, the hospital said the incident was no accident.

In fact, the employee at the Aurora Medical Center in Grafton, Wis., later admitted to purposefully removing more than 50 vials of the Moderna vaccine from a refrigerator, the hospital announced, rendering them useless.

The hospital has fired the employee, who has not yet been identified, and local and federal authorities are now investigating, the Grafton Police Department confirmed to The Washington Post early on Thursday.

“We are more than disappointed that this individual’s actions will result in a delay of more than 500 people receiving the vaccine,” the hospital said in a statement.

Grafton police said that the FBI and the Food and Drug Administration have now joined an investigation into the incident.

It’s not yet clear what motive the employee may have had to destroy the vaccines. A spokesperson with the hospital said it would release more details about its investigation on Thursday.

No more lockdown lunches in Monaco for the French

PARIS — No more lockdown-busting lunches in Monte Carlo for day-trippers from France. From this weekend, restaurants in the principality of Monaco will no longer be allowed to serve visitors who have been popping across its border with France to savor culinary pleasures unavailable to the French, whose eateries have been closed since October to fight coronavirus infections.

From Saturday evening, only people who can demonstrate that they live, work or have a hotel room in the wealthy enclave will be allowed to eat in its restaurants. The government decree, signed Wednesday, follows grumbling about Monaco’s comparative laxness from authorities on the French side, where infections have been surging.

The mayor of the French city of Nice, along the Mediterranean coast from Monaco, appealed Monday for Monaco to tighten health restrictions or face stricter border controls.

DUBAI, United Arab Emirates — For the second consecutive day, the United Arab Emirates has shattered its single-day record of new coronavirus infections, with 1,730 cases recorded ahead of New Year’s Eve celebrations expected to draw tens of thousands of revelers to Dubai from around the world.

The record figures come after the UAE said it detected its first known cases of the new, fast-spreading variant of the virus in people arriving from abroad. With an economy that runs on aviation and hospitality, the UAE has remained open for business and tourism, including from the United Kingdom, where the new variant of the virus was found. The country is home to hundreds of thousands of British expats.

The commercial hub of Dubai will press ahead with New Year’s Eve celebrations, including the annual fireworks show around the Burj Khalifa, the world’s tallest tower. Police will be out in force to ensure spectators are wearing masks and adhering to other measures.

The UAE has reported a total of 207,822 cases and 669 deaths amid an aggressive testing campaign.

Barbara Ferrer, the county’s public health director, called it a “terrible milestone” during a media briefing. Typically, about 170 people county wide die each day of various causes. The average number of deaths from COVID-19 alone is now 150 people a day.

“Most heartbreaking is that if we had done a better job of reducing transmission of the virus, many of these deaths would not have happened,” Ferrer said.

Officials on Wednesday reported 274 deaths and 10,392 new cases countywide. There are currently 7,415 people hospitalized, 20% of whom are in intensive care units.

The county had administered more than 78,000 vaccine doses at acute care hospitals as of Tuesday, officials said. Nearly 1,400 paramedics and emergency medical technicians had also received their first doses, as well as more than 3,100 staffers at skilled nursing facilities.

LANSING, Michigan — Michigan Gov. Gretchen Whitmer vetoed a bill Wednesday that would kill emergency public health orders after 28 days unless the Legislature approved, another shot in the power struggle between the Democratic chief executive and Republican lawmakers over how to manage the coronavirus pandemic.

The bill “would recklessly undermine” efforts by the Department of Health and Human Services to stop the spread of COVID-19, Whitmer said.

“Unfortunately, epidemics are not limited to 28 days. We should not so limit our ability to respond to them,” the governor said.

Republicans who control the House and Senate have repeatedly complained that Whitmer has ignored them in making COVID-19 policies and ordered too many one-size-fits-all remedies.

The state, meanwhile, reported more than 4,200 new cases Wednesday and 51 deaths. More than 12,000 Michigan residents have died since March.

Please check your email to confirm and complete your registration.

Use the form below to reset your password. When you’ve submitted your account email, we will send an email with a reset code.

About the Author: Press Herald