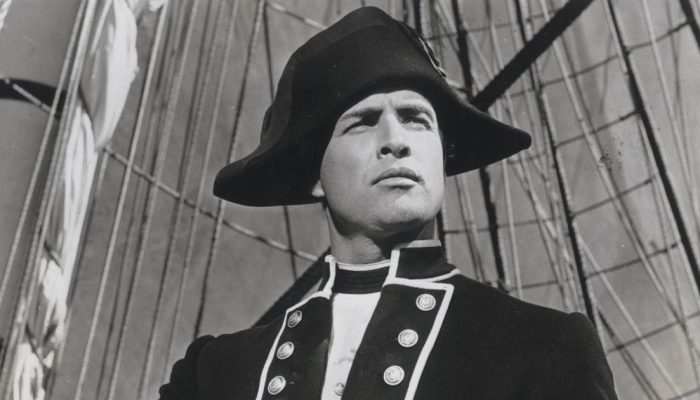 “Tell the Democrat Governors that ‘Mutiny On The Bounty’ was one of my all time favorite movies. A good old fashioned mutiny every now and then is an exciting and invigorating thing to watch, especially when the mutineers need so much from the Captain. Too easy!” — President Donald Trump (Tuesday, Twitter)

“Halting funding for the World Health Organization during a world health crisis is as dangerous as it sounds. Their work is slowing the spread of COVID-19 and if that work is stopped no other organization can replace them. The world needs @WHO now more than ever.” — Bill Gates, who in 2015 predicted a global pandemic. The Bill and Melinda Gates Foundation has committed hundreds of millions of dollars to fighting the coronavirus. (Wednesday, Twitter)

“Whether Bill Gates played some role in the creation and spread of this virus is open for vigorous debate… . He and other globalists are using it for mandatory vaccinations and microchipping people so we know if they’ve been tested. Over my dead body. Mandatory vaccinations? No way, Jose!” — Roger Stone, longtime adviser to President Donald Trump. (Monday, New York Daily News)

“Since humans started using oil, we have never seen anything like this. There is no guide we are following. This is uncharted.” — Saad Rahim, chief economist at Singapore commodity trading company Trafigura Group Pte. Ltd., on the collapse of oil prices as the pandemic eliminates a large portion of global demand. (Tuesday, Wall Street Journal)

“Complacency kills. It is a BAD idea for anyone associated with the oilpatch to think this OPEC+ cut is a panacea. Energy companies will be fighting for their lives for the next 2 years. Hoping OPEC+ or TX RRC will bail us out is a bad strategy. Scratch, claw and survive.” — Energy analyst Dan Pickering (Monday, Twitter)

“It’s OK to be frustrated. It’s OK to be angry. If it makes you (feel) better to direct it at me, that’s OK, too. I’ve got thick skin. And I’m always going to defend your right to free speech.” — Michigan Gov. Gretchen Whitmer, as thousands protested her stay-at-home order at the capitol. (Wednesday, NBC News)

“Obviously I can’t offer much help by myself. But in the spirit and memory of my late grandmother, I’m paying one month’s rent for all 160 apartments in the [New York City Housing Authority] building she lived in.” — SNL comedian Michael Che, whose grandmother died of the coronavirus. (Thursday, Washington Post)

“I truly recommend taking all the clothes in your drawers and taking the time to fold them properly, and organizing everything hanging in your closet. Work with what you have in your home in your current situation.” — Marie Kondo, who writes books and hosts a reality TV show on organizing a home by getting rid of things that don’t bring you joy. (Tuesday, Washington Post)

“You have to use what you dealt with in the past to extend your future and extend other people’s futures and give them opportunities to learn from your mistakes. I used that as a teaching tool back at Piedmont a lot of times. I know my young players definitely understand older guys go through a lot, just have to learn from those mistakes.” — Former Mavericks forward Josh Howard and Piedmont International University coach, who was hired as UNT Dallas’ first men’s basketball coach. (Thursday, Dallas Morning News)

“I kicked that son of a gun. I’m back in the saddle again.” — Asleep at the Wheel bandleader Ray Benson, on recovering from COVID-19. (Thursday, Dallas Morning News)