Home Covid Treatments The race for antibodies to treat COVID-19 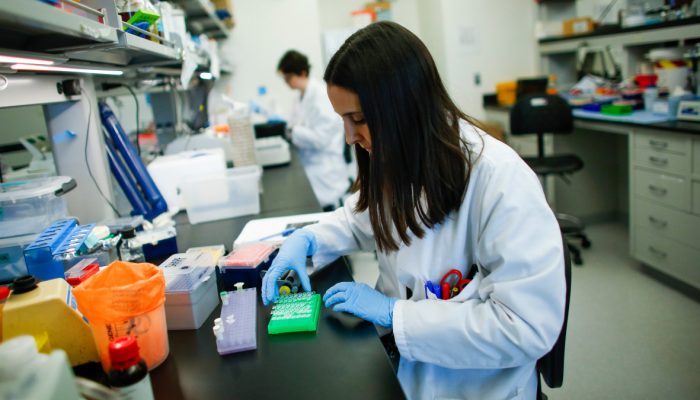 The first treatment for COVID-19 that anyone currently gets is from their own immune system. Antibodies produced by our bodies produce attack and disarm intruders.

Nigel Paneth, an epidemiologist at Michigan State University, is working with the National COVID-19 Convalescent Plasma Project, harvesting those antibodies from the blood of thousands of Americans who’ve had COVID-19.

“The use of convalescent antibodies from people who have recovered from the disease has been used for medical practice for 100 years,” Paneth said.

The idea is simple: Take the antibodies out of recovered people, put them in very sick people. “It was the mainstay of treatment of infectious diseases before antibiotics,” he said.

Will it work for COVID-19? It’s unproven, but Paneth is reasonably certain it will. The National COVID-19 Convalescent Plasma Project is trying to provide evidence of that. It’s laborious work.

“It’s not like taking a drug off a shelf — it’s not as easy as that,” Paneth said. “You have to identify the donor, you have to confirm the donor really does have antibodies, you have to take their plasma. Each donor has enough volume to treat perhaps two people.”

In addition, the antibodies produced by people are not all the same, some may be very potent and others may be weaker. So dozens of private sector companies and research facilities around the world are racing to grow these antibodies in the lab.

“We’re moving with handshakes, we’re forgoing a lot of the normal kind of agreements we make between companies,” said Lance Baldo, chief medical officer at Adaptive Biotechnology, which recently announced it was working in this space with biotech company Amgen. “Most importantly, there’s very little, if any, frank talk about the economic benefits from this.”

Adaptive Biotechnology is using algorithms and lab tests to scan tens of thousands of antibodies from volunteers to identify the strongest ones, and working with Amgen to produce them at scale.

“We pulled this deal together in a matter of days,” said Raymond Deshaies, senior vice president for global research at Amgen. “That never happens. Usually it takes weeks or months [and] there’s all sorts of negotiations.”

The level of cooperation generally around COVID-19 is unusual, according to Esther Krofah, executive director of Faster Cures, a center at the Milken Institute.

“It’s actually quite historic, the level of collaboration we’re seeing, to speed up the process as much as possible,” she said.

Super potent industrially produced antibodies could be used both as treatment and as a preventative measure for frontline healthcare workers who risk repeated exposure to the new coronavirus.

“We can give them something called ‘passive immunity’ by giving them these antibodies,” explained Baldo. “The thought is they could actually neutralize the virus, should they be exposed or should it actually get into their systems.”

Deshaies envisions an EpiPen-type device, or an intravenous option.

The industrial ramp up to produce enough antibodies for widespread use is considerable. Udit Batra is CEO of MilliporeSigma, the life sciences tools business of Merck, which makes, among other things, bioreactors that would be used by other companies to grow cells that produce antibodies — they are made at one site.

“A business that was already growing 20% to 30% now will have to more than double its capacity, if any of these [antibody] products work,” Batra said. That’s a difficult task at the best of times, let alone in a world of rolling shutdowns and quarantines.

Batra gives the example of one supplier in France who was shutting down due to strict quarantine measures. “We had to intervene, we had to go back and talk to manufacturers and convince them to remain open, and talk to government officials to give them some relief so they could remain open during this crisis,” Batra said.

Ramping up production while maintaining social distancing and staggered worker attendance is its own challenge. The advent of viable treatments that change the nature of the threat posed by coronavirus is critical to saving lives and to repairing the economies broken by the virus and the fight to contain it.

“The most important thing [for the economy] is not monetary and fiscal policy,” said Steve Blitz, chief U.S. economist at TS Lombard. “It’s getting people to become confident,” he said — confident enough to resume work and some semblance of normal life.

If you’re a member of your local public radio station, we thank you — because your support helps those stations keep programs like Marketplace on the air.  But for Marketplace to continue to grow, we need additional investment from those who care most about what we do: superfans like you.

Your donation — as little as $5 — helps us create more content that matters to you and your community, and to reach more people where they are – whether that’s radio, podcasts or online.

When you contribute directly to Marketplace, you become a partner in that mission: someone who understands that when we all get smarter, everybody wins.