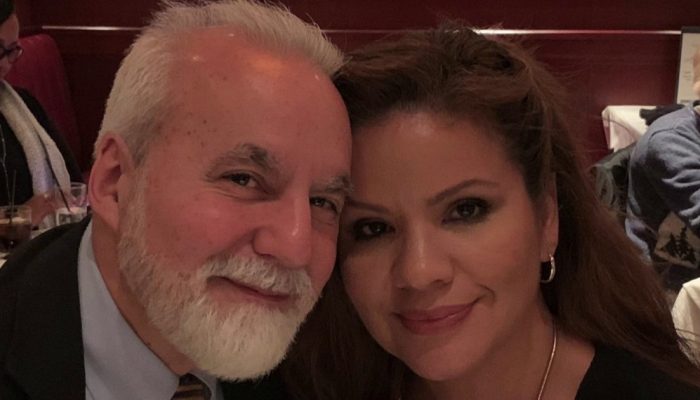 “This disease is evil,” the Midlothian man said. “I was in fear of my life. I just didn’t know what was going on. You feel so weak it’s like you’re helpless.”

Rodriguez said he turned a corner after he received an investigational therapy he said may have saved his life.

“Every minute that went by I felt better. I really had this enthusiasm that I did not have before,” Rodriguez said.

In a matter of weeks the coronavirus had taken the life of his wife’s 93-year-old grandmother who had lived with them for the last 25 years, infected him, his wife Jennifer, and their 15-year-old daughter Sophia, a student at Clover Hill High School.

The family’s COVID-19 nightmare began March 23, when Rodriguez said he contracted the virus during the New York native’s annual post-9/11 COPD check up at his Powhatan doctor’s office.

“I had a regularly scheduled visit with my general practitioner, part of my World Trade Center follow up. So, I went to that appointment I come home and a few hours later I started feeling weak,” Rodriguez explained.

“I was awakened with 104.5 fever. It was a roller coaster, it went from 104.5 down to like 97 and an hour later it’s 102,” he explained. “Low and behold, you wake up and it’s sort of gone and you think you’re out, but this comes roaring back with a vengeance you lose your appetite, you lose your sense of smell, your sense of taste, everything seems to go away.”

On April 5, Rodriguez was rushed by ambulance in critical condition to Saint Francis Medical Center. He was admitted to the intensive care unit and started on Hydroxychoriquin and Azithromycin. He and his wife got their affairs in order as hope was fading.

“We cried. We did everything like I am sort of trying to pass everything on to you I just don’t know what else to do,” Rodriguez tearfully said.

That was, he said, until he was introduced to Dr. Shilpa Johri with Pulmonary Associates of Richmond and INOpulse.

“It is a small investigational device that delivers a gas called nitric oxide with each breath,” Dr. Johri said.

The gas is delivered through a thin plastic tube which is placed in the patient’s nose in conjunction with oxygen.

She added that Nitric oxide has shown that it inhibits the replication of severe acute respiratory syndrome-related coronaviruses(SARS-COV) — similar to the novel COVID-19 — while increasing oxygen saturation and blood flow.

“They added that to my oxygen, a few hours later I was sort of awakened out of this stupor like a jolt, I sort of felt some energy coming back,” said Rodriguez.

“I had never felt so weak in my entire life and in the back of my mind I kept wondering is there going to come a time when I can’t function can’t have my lungs function because I just don’t have the energy? Then, I felt that hope and felt that energy and I felt everything sort of kick in,” he added.

Joe was not alone.

All had required oxygen therapy in the hospital prior to treatment.

“The course of the treatment, or the approval is for three to 14 days so once the patient gets on the INOpulse they get continuous treatments if possible. Again, the duration they can get it in a day is anywhere between eight to 24 hours anything beyond eight hours is beneficial and we are finding the more they use it obviously the more benefit they get out of it,” said Johri.

“When we get people on the nitric oxide treatment, we are able to wean down their oxygen requirement and that’s how we tell they are improving and the lungs are healing,” said Johri. “When they are back down to requiring very little oxygen, one to two liters, we just shut the nitric oxide off and they are able to come off the oxygen as well.”

Johri said all nine of her patients have recovered and have been discharged.

None of them had to be intubated or put on a ventilator.

“[It’s] very rewarding I would say to save a patient who is maybe 81 years old who has several problems, who we know if that get on the ventilator they get aggressive life support treatments they are unlikely to do well, we know that the mortality rate in patients that require life support and the ventilator is much much higher they’re at increased risk of dying to be able to save that patient and see that they are slowly getting better is very rewarding indeed,” Johri responded.

Joe Rodriguez believes INOpulse helped to save his life.

“I’d like to think that that nitric oxide played a major role because shortly after I was on there maybe 10-12 hours later everything started happening,” Rodriguez said.

While Dr. Johri acknowledges this is promising, she warned it was still an investigational therapy and would require scientific studies and a much larger sample of patients.

“This disease has affected so many people that we’re hopeful if the clinical trials do get started at least that number can be fulfilled and we can have results from it that will guide us that will treat patients in the way that the results show,” said Johri. “The beauty of nitric oxide is it’s short acting. You turn the gas off and the effect goes away. Even if people do experience problems, you turn the treatment off and any side effect that may be happening go away as well.”

Bellerophon Therapeutics is working with the FDA to proceed with a clinical trial.

While the virus has left the Rodriguez family broken, they are also counting their blessings.

“I was discharged from the hospital and I wanted to kiss the ground. Just to smell the air, see the trees, feel the breeze on my face. I never thought I’d get to experience those feelings again and every day I’ve been home here it’s been better and better and better,” he said.

Rodriguez said he will forever be thankful to Dr. Johri and the healthcare providers who took care of him.

He said he hoped those who took care of him are taken care of in return, by ensuring that they are always provided proper personal protective equipment for their safety.

Depend on CBS 6 News and WTVR.com for complete coverage of this important developing story.

Most patients with COVID-19 have mild to moderate symptoms. However, in a small proportion of patients, COVID-19 can lead to more severe illness, including death, particularly among those who are older or those who have chronic medical conditions.

Symptoms include fever, cough, and difficulty breathing. Symptoms appear within 14 days of being exposed to an infectious person.

Wash your hands often with soap and water for at least 20 seconds. Use an alcohol-based hand sanitizer only if soap and water are not available.Avoid touching your eyes, nose, and mouth.Cover your mouth and nose with a tissue or your sleeve (not your hands) when coughing or sneezing.Clean and disinfect frequently touched objects and surfaces.Stay home when you are sick.Avoid contact with sick people.Avoid non-essential travel.