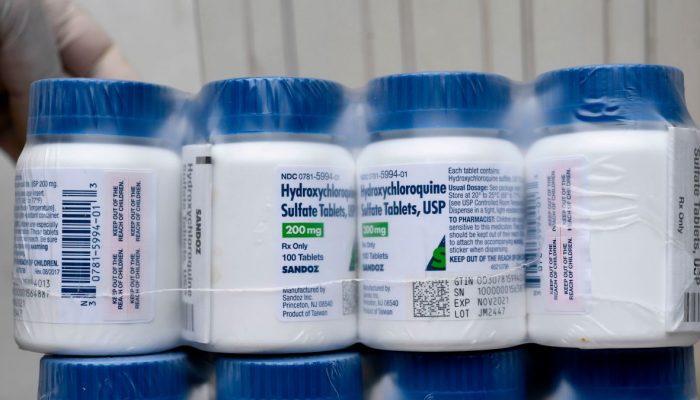 
A shipment of hydroxychloroquine pills being prepared to be distributed in hospitals in El Salvador. Photo: Getty Images

A string of recent developments in covid-19 research is providing an important, if deeply depressing, lesson about the disease and the coronavirus that causes it. Despite the continued optimism of President Trump, there’s no miracle treatment for covid-19 coming down the pipeline.

Last week, scientists in China released data from the largest-yet randomized and controlled trial of the drug hydroxychloroquine. Out of the 150 patients hospitalized with covid-19 enrolled in the trial, half were given the drug plus standard care. By day 28, those on the drug didn’t appear to clear the viral infection any quicker than those not on it, while both groups had a similar improvement in symptoms. In other words, there was little evidence that the drug did anything above and beyond standard treatment.

In the U.S., meanwhile, researchers from the U.S. Department of Veterans Affairs released their own hydroxychloroquine study this week. They retroactively looked at the medical records of over 360 patients treated at a VA hospital with hydroxychloroquine alone or in combination with an antibiotic, which some doctors theorize can provide a boost to its effectiveness. Regardless of how it was taken, though, they found no evidence that hydroxychloroquine lowered the risk of patients eventually needing mechanical ventilation, a sign of severely worsening covid-19. Those taking hydroxychloroquine alone had a higher chance of dying, though it’s not certain that the drug was to blame for that.

That said, doctors in several countries, such as Brazil and France, have ended their own trials of hydroxychloroquine and the related drug chloroquine early, after patients started showing a higher risk of heart problems. Though these drugs are routinely used for certain autoimmune conditions and the parasitic disease malaria, they’re well known to potentially affect the heart.

Even pundits on Fox News, who have been die-hard supporters of hydroxychloroquine following Trump’s announcement in early April that it would be a “game-changer,” have started to avoid mentioning the drug.

But it isn’t just hydroxychloroquine that might have been overhyped. On Thursday, STAT News reported that an unflattering summary of a study in China on the experimental antiviral remdesivir was posted on the World Health Organization’s website (the posting was soon pulled down). According to the summary, the controlled clinical trial found no evidence that the antiviral performed better than standard care for severe covid-19 patients, with both groups dying at roughly the same rate.

The makers of remdesivir, Gilead Sciences, said in a statement to STAT that the posting inaccurately characterized the findings. The company also argued that since the study was ended early due to a lack of eligible patients, any conclusions taken from it wouldn’t be statistically meaningful. In total, over 200 patients were enrolled in the study before it was ended, out of a planned 450 patients, and 153 patients received the drug.

However you want to spin these disappointing studies, though, one thing is clear: It’s not going to be easy to find a reliably effective treatment for covid-19, and most efforts will fall far short.

For one, viruses are just a tough nut to crack. Their strange way of life (if that’s even the right word to use) that relies on hijacking cells makes them harder to attack safely than free-living bacteria. It’s why we have far fewer antivirals than antibiotics and one reason why we’ll probably never have a cure for the common cold.

Biology aside, experimental treatments usually fail to meet their promise, no matter how great they might have seemed in the lab or in early clinical trials. A study in 2018, for instance, found that only about 14 percent of all drug candidates that had reached clinical trials were ultimately approved by the Food and Drug Administration (for vaccines, the success rate was higher, around 33 percent). Already with covid-19, doctors have tried several other promising treatments besides hydroxychloroquine, such as older antivirals that target HIV, with little to show for it.

Somber as this reality is, it doesn’t mean that nothing will ever work or that hydroxychloroquine and remdesivir won’t have any role to play in fighting the disease. There are more clinical trials of these drugs and others on the way, and not all the data we’ve seen so far has been bad news. There may also be hope that even if these drugs can’t treat the most severe cases, they could still prevent people in the earlier stages of the disease (when the virus is most rapidly growing) from worsening.

But judging by history alone, it’s likely that no treatment we find will provide more than a modest benefit. Though the odds are higher for finding a successful vaccine, the absolute best-case scenario is that it will reach the public in a year’s time, if not longer. Ideally, the U.S. and other countries will be able to keep the coronavirus from spiraling further out of control in the meantime.

Right now, though, even that’s a long shot.

About the Author: Gizmodo