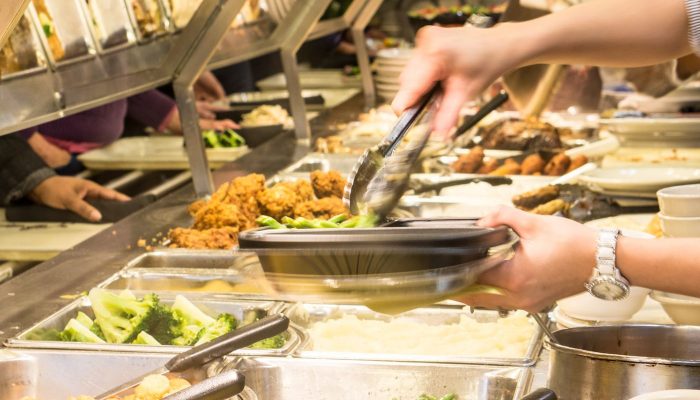 
Since mid-March, when restaurant dining rooms across the city were required to close in an effort to stem the spread of the coronavirus, the industry has been struggling. While waiting for assistance from the federal government and a return to the new normal, some beloved establishments just weren’t able to make it through.

Eater Dallas is keeping track of the restaurant closures across the city during the coronavirus pandemic, and will update this list as more shutters happen.

Five Sixty — Wolfgang Puck’s iconic Dallas restaurant in the ball atop Reunion Tower closed its doors when the shutdown began in March, and it won’t reopen. Opened in 2009, the restaurant boasted 360-degree views of the Dallas skyline, and was a special occasions staple.

Sushi Bayashi — This Trinity Groves sushi spot bowed out during the shutdown, and will be replaced with a different, as-yet-unnamed Japanese restaurant in the coming months.

Highland Park Cafeteria — After 95 years of slinging comfort food, Highland Park Cafeteria announced in mid-May that it would close for good. “We would love to have a farewell event to honor you and our faithful employees, but due to the current restrictions, we won’t be able to,” the restaurant said in a statement. “HPC is not tables and chairs and stoves, it is generations of cooks faithfully preparing special recipes and lovingly serving generations of diners.”

Jake’s Burgers — The Henderson Avenue location of this longtime burger chain has closed, according to the Dallas Morning News.
Ross & Hall Beer Garten — This Ross Ave drinking destination announced that it would permanently close its doors on May 17. “This business is a weird one but every now and again you come across a place that is almost an instant family and that’s what this was for us,” the bar’s owners wrote on Facebook. “All different walks of life could come together on the daily and create such a cool atmosphere that we are so deeply gonna miss.”

Wa Kubota — This popular Plano Japanese restaurant announced on its website that its last day of service would be April 30.

The Lot — This Lakewood patio destination called it quits in April as coronavirus eliminated the crowds of people who would normally spend hours drinking al fresco.

Lizard Lounge — A haven for goths, industrial music fans, and weirdos of all kinds, Deep Ellum lost a neighborhood fixture when Lizard Lounge announced that it would not return after bars were allowed to reopen. There is one ray of hope, though — owner Don Nedler said that he’s looking at finding a new home for the club.

Bird Cafe — Facing a steep decline in foot traffic in Fort Worth’s Sundance Square, restaurateur Shannon Wynne is set to close Bird Cafe on May 22. Fortunately, the restaurant was approved for a Payroll Protection Program loan from the Small Business Administration, which means that employees will be paid for “weeks” after the restaurant’s departure.

Know of a permanent Dallas restaurant closure that’s not on this list? Drop us a line at dallas@eater.com.

About the Author: Amy McCarthy