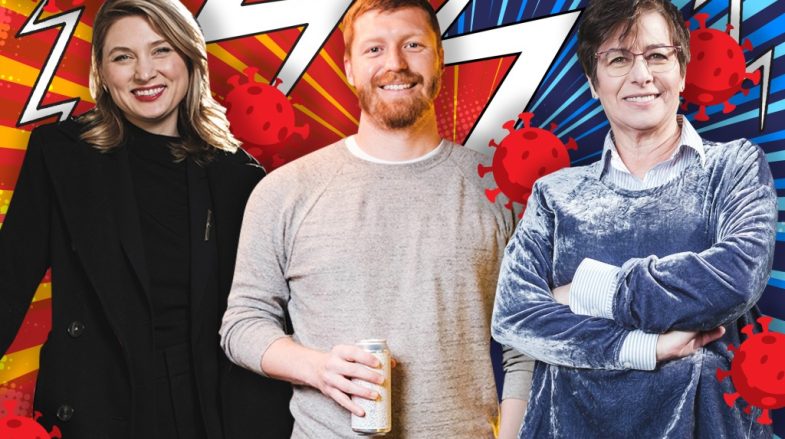 “Every time I do something I’m like, ‘This is it, I am going to get COVID,’” said Rachel McMullin, a 36-year-old swing dance instructor and performer who lives in Crown Heights.

She’s had a lot of close calls. Two weeks before Christmas, when the highly contagious Omicron variant took out entire holiday parties in New York City, she went to a jazz jam in the East Village, performed at a gathering with a few hundred circulating guests, and attended a drag show in an unventilated basement, all unmasked.

Recently she shared a joint with a friend who tested positive for the virus days later. She practiced dancing with another who got positive results hours after their rehearsal.

“I freaked out after the first couple of exposures, but now I’m just like, ‘Maybe I am one of those people who can’t get it?’” said McMullin, who said she is fully vaccinated as are all her friends. “If none of this made COVID happen, I don’t know what will.”

As COVID cases explode across the US with 62.8 million total reported since 2020, and almost eight million since Jan. 1, 2022 — and even fully vaccinated people reporting breakthrough cases — it seems as if almost no one has been left untouched by the Sars-Cov-2 virus. But like McMullin, there are some who have failed to contract COVID during the entire pandemic, even as Omicron spreads like wildfire.

“If none of this made COVID happen, I don’t know what will,” said dancer Rachel McMullin, 36, who said she has attended events throughout NYC while unmasked and never contracted the virus.Stephen Yang

Call them the “COVID Invincibles” — and they want to know why they’re immune. Could it be dumb luck? Genetics? Perhaps they’re superheroes designed to further the human race? Memes circulating on social media equate dodging COVID to beating advanced rounds of Super Mario Bros or being a hero in “The Matrix.” One shows Carrie Bradshaw from “Sex and the City” asking, “Am I avoiding COVID or is COVID avoiding me?” Gary Janetti, the television writer and producer, received almost 60,000 likes for his Jan. 5 post on Instagram that said, “Now I feel like there’s something wrong that I HAVEN’T gotten Covid.”

Magdalena Tyrpien, 33, a biotech executive in Manhattan who has been vaccinated twice, said: “I shared a Pedialyte with someone who was coughing up a lung and didn’t get it. I feel like the karate queen.”

Scientists don’t have the answers yet, but they are hoping to study both vaccinated and unvaccinated people who have yet to get COVID. “A global group of researchers are looking for people who have been exposed to the virus but do not get infected,” said Pia MacDonald, an infectious disease epidemiologist at the nonprofit research institute RTI International. “The study is going to compare the DNA of the people who get infected with the DNA of people who get exposed but not infected to see if there are genetic variants that mean you can’t get infected.”

Rachel McMullin has had a lot of COVID close calls, including a jazz jam in the East Village, a gathering with a few hundred circulating guests, and a drag show in an unventilated basement, all unmasked.Stephen Yang

Science might support the theory of dumb luck, MacDonald said. For example, studies show that where you sit in a restaurant and the direction of the air circulation matters from one person to another among tables. But science does not support the theory that having a particular blood type means you are entirely protected against COVID, she added.

And yet, some people’s bodies might be hard-wired to stop COVID in its tracks.

According to the UK’s Telegraph, a study of London-based healthcare workers at the beginning of the pandemic showed that 20 percent had a clear-cut COVID infection, while 65 percent had clearly not yet been infected. But 15 percent experienced low-level “abortive infections” that weren’t picked up on PCR tests. Essentially, their T-cells had killed off the virus before it had invaded the rest of their bodies.

“I feel like the karate queen,” said Magdalena Tyrpien, 33, a biotech executive, who said she has not once tested positive for COVID throughout the pandemic. Stephen Yang

MacDonald thinks might be happening to The Invincibles now: They were infected by COVID and just didn’t know it. “There are so many different tests out there, and each test is more or less effective at identifying an infected person,” said MacDonald. “The disease also has so many different varying symptoms and severities, people might have no idea they were sick.”

Meanwhile, many of those who think they’re invincible are starting to behave like it.

“I was in New York CIty for Christmas when everyone had it,” said Caoimhe Creswell, 27, a business school student at Oxford University, who is fully vaccinated. “I went to Portugal for New Year’s Eve and four people in my Airbnb had it, including one guy who was sleeping in the same room as me. This morning I woke up to three people who I was with over the weekend telling me they had it.”

“Virtually everyone we know has gotten it,” said musician Ruth Fabes, 63, of her vaccinated friends. Everyone, except for her.Stephen Yang

As a result, her strategy for dealing with exposures has completely changed.

“Maybe six weeks ago, if I was in close contact with someone who had COVID, I would isolate for a day, go get a PCR, wait for the results to come back,” she said. “Now I don’t care at all. I don’t even test. I know I probably won’t get it, and I can’t go get a PCR every day.” (She does, however, test twice a week for school.)

Also, as more of her friends get COVID and gain antibodies (at least in the short term), the safer she feels. “I was sitting in class today and realized two people to my left, two people to my right and one person in front of me had all had it,” she said. “I was in this safe little circle.”

Ruth Fabes, 63, a retired public school teacher who plays in a symphony and lives in Staten Island, has watched so many of her fully vaccinated friends get COVID and have few symptoms, she feels safe socializing and knowing she probably won’t get sick.

“Virtually everyone we know has gotten it,” said Fabes, who is fully vaccinated. “I am not nervous at all. What is it going to be, a cold, a flu? For all I know I’ve already gotten it.”

Among London healthcare workers tested early on in the pandemic, 15 percent experienced low-level “abortive infections” that weren’t picked up on PCR tests.ZUMAPRESS.com

Many of the people who haven’t gotten the virus will tell you they’ve had a lot of exposures. Some are so sick of the worry and testing that comes with each one, they would almost rather get a positive result and not have to go through the process any more.

“It’s this constant, ‘Do I have it? Do I have it?’” said Neil Barlow, 33, who runs sales for a software company and lives in Miami and is vaccinated and boosted. “Every single time I cough I’m like, ‘Maybe I have it?’”

A nurse administers the Pfizer-BioNTech COVID-19 vaccine at Guy’s Hospital at the start of the largest ever immunization program in the UK’s history on December 8, 2020 in London. Getty Images

In the last month he attended a LCD Soundsystem concert in New York City with seven friends, five of whom got Covid. At a networking event, he spent six hours with an unmasked colleague in a room who tested positive. A house guest also contracted the virus while with him.

After each exposure he did at-home rapid tests and lab PCR tests and got a negative, but those results weren’t reassuring. “When I get a negative test at the back of my mind it’s like, ‘Maybe the test is wrong, and I’m positive?’” he said. It’s not helpful that many of his friends have tested negative for days before turning up positive.

Zach Mack, 36, owner of Alphabet City Beer Co, a craft beer store and bar in the East Village who is fully vaccinated and boosted, said being one of the few “invincibles” among his vaccinated friends has gone from a challenge to a blessing.

“At this point, I have my friends who have had it, and I feel like it’s safer hanging out with them than anyone else,” he said. “There are so many of them it’s easy to plan your schedule around them.”

But Mack is still being careful and not taking risks. “There is a bit of me that is like if I just catch it, it will put my mind at ease, but then I think that I don’t want to wish it upon myself,” he said. “I don’t know how sick I’ll get, and it isn’t something I want to pass along to someone else.”

MacDonald seconds that emotion. “We don’t know who ends up being a long hauler with COVID or why, and you don’t want to be a long hauler,” she said.

“There is a bit of me that is like, if I just catch it, it will put my mind at ease,” said Zach Mack, 36, a “COVID Invincible” living in the East Village. Stephen Yang

Meanwhile, there is another bizarre “COVID club”: People who have contracted the virus three times. Ann Ragan Kearns, 30, who owns a public communications consultancy and lives on the Upper East Side, is a member.

“I saw this meme that said if you get COVID three times you should win a car,” said Kearns, who is fully vaccinated and in the process of scheduling her booster shot. “I totally agree.”

She said she has contracted the virus every time a new variant has come out and doesn’t understand why anyone would want to get COVID.

“I keep hearing people say they want the antibodies, but those clearly don’t help you with the next variant,” she said. “Also, you don’t know how your body can react, and trust me, it can get really scary.”

One feeling unites both groups: the desire to understand why their body is responding to the virus differently than most people around them.

“I want to know why I have gotten it so many times. Is there something wrong with me or do I have bad luck?” Kearns said. “Even if I’m just cursed, I really want to know.”

About the Author: Alyson Krueger 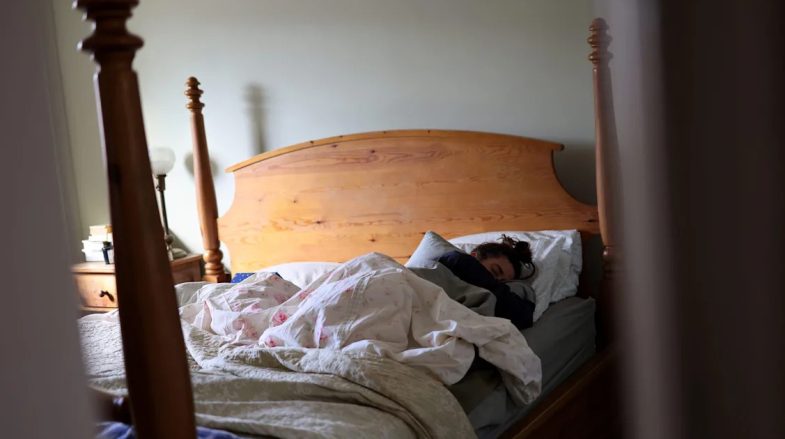 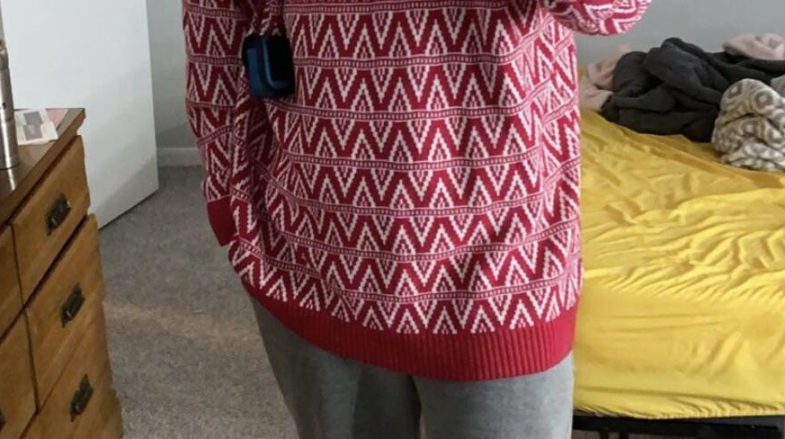 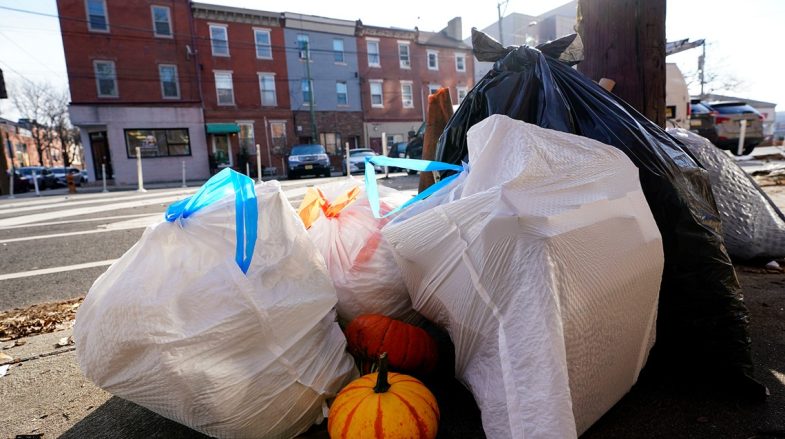