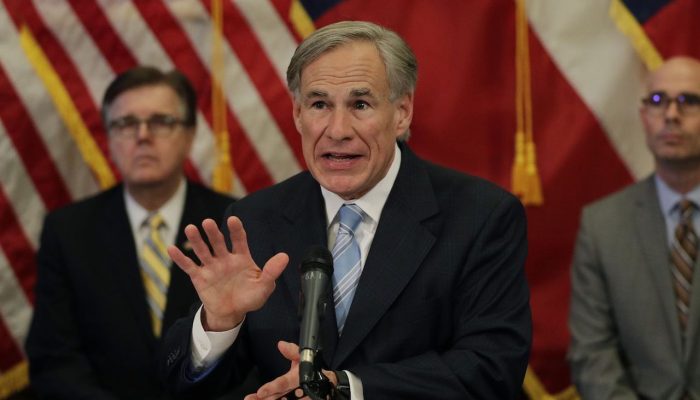 TMA is the largest state medical society in the nation, representing more than 53,000 physician and medical student members. It has 110 component county medical societies around the state.

TMA President David C. Fleeger, MD, said: “This is a prudent and careful move by Governor Abbott. Our hospitals were prepared for a large surge of COVID-19 patients. Thanks to most Texans abiding by social distancing requirements, we were able to avoid that surge.”

That said, Texas must “significantly” expand its testing capacity, Fleeter said, in order to monitor new cases of COVID-19 and trace their contacts “to prevent a rapid resurgence of this epidemic in Texas.”

Meanwhile, Hidalgo County Judge Richard Cortez is pleased with Gov. Abbott’s announcement about opening Texas to to more economic activity. Abbott on Monday said he would not be renewing the stay-at-home order that lapses on April 30.

“I want to thank the Governor for taking a proactive role in trying to balance the needs of managing the spread of this virus with the economic needs of our community and getting our people back to work,” Cortez said.

“It is reassuring to know that Governor Abbott said that data and advice from health professionals are the basis for him making these decisions.”

Cortez said Abbott was right to proceed with caution.

“There is uncertainty with this action that he’s about to take and (he) has allowed for a mechanism to revert back to some controls should the data begin to show an increase in the rate of infection.”

Cortez said he, too, is relying on data and advice from medical professionals to dictate his actions.

“So with that in mind, I am also considering transitioning some of our local restrictions to voluntary preventive measures,” Cortez said.

Cortez added: “As we move forward it is important that we all keep practicing these sound preventive measures so we may more quickly return to a fully functional economy.”

At a news conference on Monday, Abbott praised the efforts and sacrifices of Texans during the last two months. He pointed out that the infection rate has been on decline for past 17 days, that hospitalization rate has held steady, and that hospital capacity remains abundant.

“This strategic approach to opening the state of Texas prioritizes the health and safety of our communities and follows the guidelines laid out by our team of medical experts,” Abbott said.

“Now more than ever, Texans must remain committed to safe distancing practices that reduce the spread of COVID-19, and we must continue to rely on doctors and data to provide us with the safest strategies to restore Texans’ livelihoods. We must also focus on protecting the most vulnerable Texans from exposure to COVID-19. If we remain focused on protecting the lives of our fellow Texans, we can continue to open the Lone Star State.”

Abbott said essential services such as farmers and ranchers, grocery and drug stores, banks, and gas stations will continue to operate.

Abbott said Texas has had the most recoveries from COVID-19 in U.S., and that the number of recovered will soon exceed number of active cases.

Phase 1 of the reopening of the Texas economy will begin May 1, with retail stores, restaurants, movie theaters and malls allowed to open their doors, but only up to 25 percent of capacity.

If Phase 1 is successful and Texas can contain the spread of COVID-19, with no major flare ups in a two-week period, the state can move to second phase, Abbott said.

Phase 2 would then begin on May 18, with businesses that are already open expanding to 50 percent of capacity.

Businesses do not have to open if they feel uncomfortable re-opening, Abbott said.

Doctors, nurses, dentists, and other licensed healthcare professionals can return to work with fewer restrictions on May 1, Abbott said.

Counties with five or fewer cases of COVID-19 will be allowed to open businesses to 50% capacity, Abbott said.

Abbott said he had spoke with Dr. Deborah Birx, a coronavirus adviser to President Trump, and had received positive feedback on Texas plan.

Noe Hinojosa is president and CEO of Estrada, Hinojosa and Company, a financial advisory firm with offices in Dallas, Austin, San Antonio, and other major cities in the U.S.

In his latest e-newsletter, Hinojosa pointed to a report in Bloomberg by economists Tom Orlik and Jamie Rush. They wrote that the economy had entered a downturn at an unprecedented speed and severity not seen since the Great Depression.

Based on their most optimistic views they report that the U.S. economy will shrink by 6.4 percent, Europe’s by 8.1 percent and Japan’s by four percent, while China’s will expand at the lowest rate on record.

“Their views turn less optimistic if a second wave, as many expect, of this pandemic occurs. They close their report by stating that ‘governments should err on the side of doing too much stimulus. In the end doing too little the cost could be much higher’,” Hinojosa said.

Last Friday I shared on the impact on revenues on our State’s budget due to our reliance on Oil & Gas and Sales Tax, and in anticipation of some financings the State is conducting in the next couple of weeks Moody’s, Fitch and Kroll reaffirmed the State’s ratings of Aaa/AAA/AAA respectively.

In his analysis of Gov. Abbott’s latest executive order, state Sen. Juan Hinojosa of McAllen said: “This announcement is just the beginning of multiple phases to open up businesses which help drive the Texas economy. The goal is to open businesses in three phases as safely as possible and as long as there is no flare-up of COVID-19 cases.”

Hinojosa said it is imperative that Texans “continue taking this virus seriously .” He said success will require “discipline, goodwill, continued social distancing, washing our hands, and more testing and tracking of those who contract COVID-19.”

Hinojosa said more changes will be announced on May 17, as the state leadership continues to evaluate the next steps for Texas.

Producing quality journalism is not cheap. The coronavirus has resulted in falling revenues across the newsrooms of the United States. However, The Rio Grande Guardian is committed to producing quality news reporting on the issues that matter to border residents. The support of our members is vital in ensuring our mission gets fulfilled.

Can we count on your support? If so, click HERE. Thank you!

Keep on top of the big stories affecting the Texas-Mexico. Join our mailing list to receive regular email alerts.

About the Author: Luis Montoya