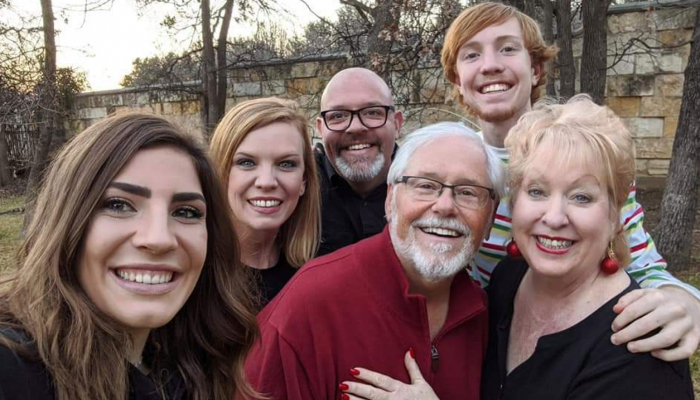 TROPHY CLUB, Texas (CBSDFW.COM) — The mayor of Trophy Club and his wife has recovered from the coronavirus, but their son succumbed to the virus this week.

“We’ll never know how all three of us got it,” said Nick Sanders.

The virus ravaged Wade’s body. His liver and kidneys began failing, and swelling on his brain left him struggling to talk.

“You could tell he wanted to speak, but nothing would come out,” said his mom Lynda. “He would just give a thumbs up and he would nod.”

Wade’s wife Anne, along with daughter Dallas and son Lawson, filled a book with photos and encouraging messages; something for him to touch while they were apart. Lynda says the last time they spoke with Wade, he was clutching the book to his chest.

For a time, his condition improved.

“Eventually they were able to take him off the ventilator, and it was like everybody celebrated,” said Nick. He said the staff told him Wade was the first patient in the COVID-19 ICU to come off a ventilator.

He was scheduled to move to the regular ICU on Wednesday; on Tuesday his heart suddenly stopped and he could not be revived. His parents say the medical professionals were shocked because it seemed like the worst was over for Wade.

It was only after his death that the hospital allowed Wade’s family to see him, but those goodbyes came at a cost. His wife, son and daughter are now in quarantine, separated from family and friends as they grapple with the loss of a dedicated husband, father and son.

“Your friends… want to hug your neck, they want to cry with you, they want to talk,” said Nick. “All of a sudden, they can’t do it.”

Affectionately dubbed the “Cowtown Wine Dude,” Wade was a wine expert well-known among locals in the restaurant industry.

Friends, colleagues, old classmates and others are remembering him by posting their memories and stories online. Lynda says reading those posts bring them comfort. “Those words have just meant so much to us.”

The Sanders also spoke highly of the nurses at Medical City Dallas, who donated their devices and their time to set up video chats for the family. Lynda says she and Nick know firsthand the isolation COVID-19 patients can experience.

“Time doesn’t mean anything,” she said. “You just know that hour after hour you’re trying to breathe and make it.”

And while the family cannot hold a funeral right now, they hope to hold a celebration of life service in the fall.

They are also asking that in lieu of any flowers, loved ones make a donation to a college fund set up for Wade’s children. Relatives have also set up a GoFundMe account to help the family with living expenses and any medical bills.