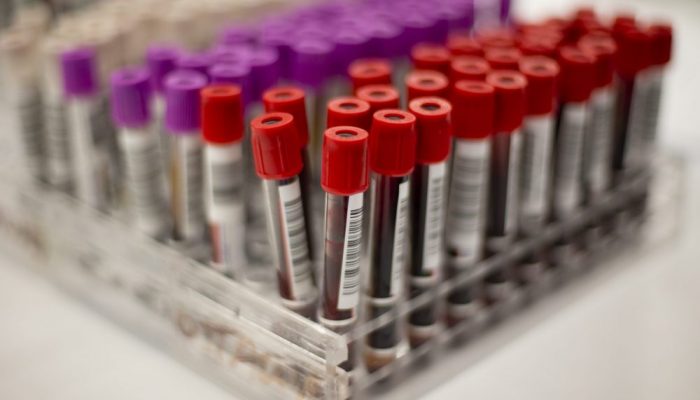 “A vaccine is the long-term solution to this virus,” Trudeau said. But, he added, until a vaccine was ready, testing and modelling needed to expand to help curb the coronavirus’ spread.

An “immunity task force” will soon be struck to oversee the blood test surveys, also known as serological tests. Serology — which looks for antibodies in blood serum — was recently presented by some academics as a solution to a present gap in Canada’s data on COVID-19; though, others were more wary of the strategy.

Mathematical biologist Ben Bolker from McMaster University and Wilfred Laurier associate professor Mark Humphries recently told iPolitics, in separate interviews, that the main benefit of serological testing would be in determining which Canadians may have already recovered from the virus, which both presented as useful data for governments when determining when to relax measures in place to curb the spread of COVID-19.

Federal officials adopted a similar view on Thursday, during an afternoon press conference.

“We need data and research that will help us understand the extent of the community spread of the virus,” Health Minister Patty Hajdu said.

“We need a better picture to help us guide public health decisions that will be needed as we ease restrictions that are in place right now.”

But as recently as last week, some Canadian scientists were more cautious of labelling serology as a keystone of a proper COVID-19 response. Susan Bondy, an epidemiologist with the University of Toronto’s public health school, noted that some questions were yet unanswered about COVID-19’s virology — including the degree to which patients produce antibodies after contracting the virus, and how effectively they prevented recurring cases.

“The basic science on the serological test development is so novel, it’s so new, I don’t think we know enough about it to say what people should be manufacturing right now,” Bondy said in an interview. She noted, though, that testing for antibodies could assist in obtaining a clearer picture of the virus’ spread, if that form of testing was confirmed to be reliable in this virus’ case.

Ontario’s associate chief medical officer of health, Barbara Yaffe, told reporters during a briefing earlier this week that the province’s public health agency was presently going through “validations” of serological testing. The federal plan includes the collection of “at least” a million samples over the next two years to track the virus in the general population, as well as specific groups like healthcare workers and elderly Canadians.

The task force will include David Naylor, Catherine Hankins, Tim Evans, Theresa Tam, and Mona Nemer, the federal government said on Thursday. Along with the news about serological testing, the new medical research strategy is to include $40 million for the Canadian COVID-19 Genomics Network to coordinate a viral and host genome sequencing effort; $23 million to accelerate COVID-19 vaccine development, including support for pre-clinical testing and clinical trials; and $29 million for the National Research Council of Canada for second-phase upgrades to its Human Health Therapeutics facility in Montreal.

A further $600 million has been pledged through the Strategic Innovation Fund over two years for vaccine and therapy clinical trials led by the private sector, as well as bio-manufacturing opportunities; $10 million will go into an effort to share coordinate and share pandemic-related data across Canada; $10.3 million over two years, plus $5 million ongoing, will go to the Canadian Immunization Research Network; and $114.9 million will go to the Canadian Institutes of Health Research for projects that aim to accelerate development, testing and implementation of “medical and social countermeasures” to mitigate the virus’ spread, the feds said Thursday.

But the announcement on Thursday leaves some significant gaps, according to the executive vice-president of science and research at Canada’s top research hospital, Toronto’s University Health Network. As reported by iPolitics in late March, UHN has been fearing layoffs among their researchers, as several research sponsors had suspended their funding, due to non-COVID related trials that’d been either shut down or suspended.

As of March, the health network was preparing to lose $6 million per month from the halted research, which UHN’s science and research VP Bradly Wouters said employed roughly 650 research coordinators, research nurses, laboratory technicians, biostatisticians, data managers and other staff — including individuals who would be redeployed to carry out the clinical trials and research related specifically to COVID-19.

Nearly a month later, those fears haven’t yet been assuaged, Wouters told iPolitics on Thursday. “The news today around an investment in COVID-19 research is welcome,” he said in an email. “Unfortunately this funding does not address the costs of suspending research and the current suspension of clinical trials across the hospitals due to measures put in place around the pandemic. We have been working closely with the federal government on a separate support package for these staff.”

“It is still an urgent and immediate situation for us,” he said.

Federal Innovation, Science and Industry Minister Navdeep Bains said on Thursday that the feds were working with the health research sector “to find a solution to support them.” Mona Nemer, the prime minister’s chief science advisor, added that non-COVID clinical trials were halted for the same reason that some surgeries were put on hold.

“It was their wish that they wanted to focus on a COVID response and not put, unnecessarily, lives in danger,” Nemer told reporters, while also saying they were looking forward to such work resuming.

“People are still getting ill,” she said. “And we still need medications and clinical trials for other diseases.”