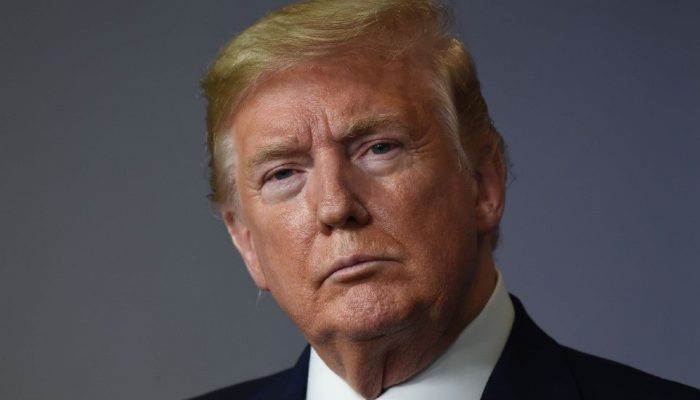 
President TrumpDonald John TrumpMajor hotel group to return millions in PPP funding Trump administration’s ‘Operation Warp Speed’ looking at 14 potential COVID-19 vaccines to fast-track Tlaib, Lowenthal pen op-ed asking Trump administration to release aid to Palestinians to fight COVID-19 MORE said Sunday that his administration is confident the United States will have a vaccine for the novel coronavirus by the end of the year.

“We think we are going to have a vaccine by the end of this year,” Trump said during a virtual Fox News town hall Sunday evening.

Trump seemed to acknowledge that his projection was viewed as ambitious, noting that medical experts would advise him against making such a statement.

“The doctors would say, ‘Well, you shouldn’t say that.’ I’ll say what I think,” Trump said later, noting that he had met with executives of companies working on vaccine development.

“I think we’re going to have a vaccine much sooner than later,” he added

“We want to go quickly, but we want to make sure it’s safe and it’s effective,” Fauci said on NBC’s “Today” show on Thursday. “I think that is doable if things fall in the right place.”

Fauci and other medical experts said when the coronavirus broke out in the U.S. earlier this year that it would take between 12 and 18 months to develop a vaccine.

“Go back in time. I was saying in January and February that it would be a year to 18 months, so January is a year, so it isn’t that much from what I had originally said,” Fauci said.

NBC News reported Saturday that there are 14 potential vaccines for COVID-19 under development as part of the effort to fast-track vaccine development.

Trump said Sunday that he wasn’t worried about the ethics of having people tested with a vaccine as part of an expedited trial process.

“No, because they’re volunteers. They know what they’re getting into. They’re in many cases very good people. They want to help the process. Look, a vaccine has never gone like it’s gone now,” Trump told Fox anchors Bret Baier and Martha MacCallum.

“We’re so far ahead of any vaccine ever in history. These things would take two, four, five, six years,” the president continued.

The coronavirus has sickened more than 1.1 million people in the U.S. and caused more than 67,000 domestic deaths, according to data collected by Johns Hopkins University. While states across the country have rolled out plans to begin gradually loosening stay-at-home orders so businesses can reopen, many medical experts say people are unlikely to be able to safely return to normal life until there is a vaccine for the virus. Some degree of social distancing is likely to persist until there is a vaccine in order to curtail future outbreaks, they say.

A Reuters-Ipsos poll released at the end of April also found that less than half of Americans plan to go to sporting events, concerts and other entertainment events until there is a proven vaccine.

Trump on Sunday also touted the promise of remdesivir as a treatment for the coronavirus. The Food and Drug Administration on Friday announced the drug would receive an emergency-use authorization for treatment in hospitalized patients after it showed promising results during a clinical trial.

About the Author: Brandon Conradis