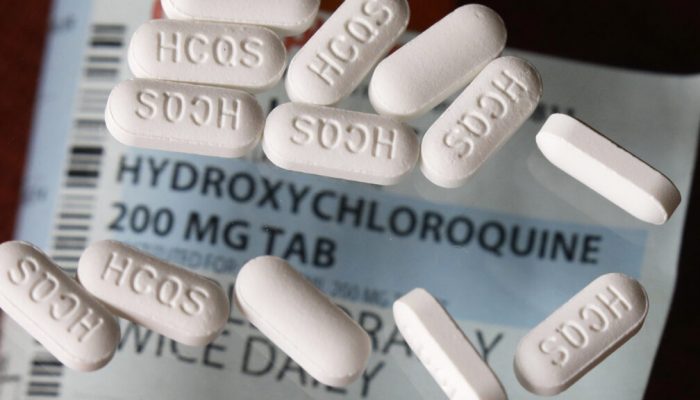 
President Trump’s revelation this week that he’s taking hydroxychloroquine to ward off Covid-19 sent shivers down my spine and the spines of many others living with lupus because we actually need this problematic medication. His hype will almost certainly make the drug more difficult to get.

“I’m taking it,” Trump said. “Hydroxychloroquine. Right now. A couple of weeks ago I started taking it. Because I think it’s good; I’ve heard a lot of good stories.”

When I first heard the announcement, my initial concern was for the people who will rush to take a medication that I have avoided taking for as long as possible because of the numerous side effects it can cause.

My concern turned to disbelief that the leader of our country would willfully ignore multiple studies showing that people with Covid-19 experience no benefit from taking the medication, and it may do more harm than good.

Finally, it occurred to me that my three-month supply is nearing its end and I may have to either scramble to get my next supply, pay more for it, or consider taking medications that will further compromise my immune system — during a pandemic — and may also damage my kidneys and liver.

Hydroxychloroquine is not a miracle cure

Clinicians and researchers on the frontlines of Covid-19 were quietly exploring the usefulness of hydroxychloroquine, a drug initially used to treat malaria, as a treatment when President Trump thrust it into the national spotlight on it on March 19 with an overly rosy narrative. Yet the data behind its use for Covid-19 aren’t promising.

Researchers at the University of Albany recently reported that among 1,438 Covid-19 patients in New York state, those given hydroxychloroquine were just as likely to die from this viral infection as those not taking it. The findings were similar for people given both hydroxychloroquine and azithromycin, an antibiotic.

This lack of benefit, however, came with risks: Those on hydroxychloroquine were more than twice as likely to die from heart attacks during the study period as those not given the drug.

An evaluation of Covid-19 patients in U.S. Veterans Health Administration hospitals also found the drug to be ineffective and possibly linked to a higher death rate (although one could argue that the patients on the medication were likely immunocompromised to begin with). Questions about the effectiveness and risk profile of hydroxychloroquine were also raised in a review by researchers at Massachusetts General Hospital published earlier this month.

Lupus and the medication cost-benefit analysis

Systemic lupus erythematosus is an autoimmune condition. My immune cells misread normal, healthy cells and attack them as if they were foreign. More than 5 million people worldwide live with lupus.

In the days before social distancing, if you met me on the street you wouldn’t know something is wrong with me. Yet I’ve woken up unable to get out of bed without help, experienced prolonged bouts of lung inflammation, suffered from gastrointestinal symptoms, and have dropped a large amount of weight and hair during particularly bad lupus flares — periods when symptoms worsen.

In people with autoimmune diseases, hydroxychloroquine can reduce inflammatory responses by interrupting cell signaling between and within white blood cells. It has been shown to decrease the number of flares people experience.

Each time my rheumatologist and I discuss medications, we’re essentially having a risk-benefit conversation. We weigh whether a medication will cause more damage than letting my lupus rage on.

I put off starting hydroxychloroquine, even though it’s one of the safest drugs approved for autoimmune patients, because of the potential loss of color perception. This happens because the drug can build up in the macula and other parts of the eye, eventually causing blindness. Other side effects include depression, anxiety, skin rash, headache, dizziness, nausea, involuntary muscle twitches, and potentially fatal heart issues.

The fact hydroxychloroquine is considered the safest lupus treatment should tell you something about my other options.

During my last visit with my rheumatologist, we decided to cut my daily dose of hydroxychloroquine by 25% due to findings that the medication can cause dangerous irregularities in the heart rhythm or an unsafe increase in heart rate at the previously recommended dosages — which is one-fourth the recommended “corona” doses I’ve seen online.

How did the rumor start?

We will probably never know exactly how hydroxychloroquine came to Trump’s attention. But given his publicly preferred media sources and the timing of his first promotion of it, he likely picked up the tip while watching “Tucker Carlson Tonight” on Fox News. On the show, a lawyer who falsely claimed to be affiliated with Stanford University, said that a yet-to-be-published study in France found a “100% cure rate” with hydroxychloroquine.

Let’s ignore for a moment that neither the lawyer nor the study were actually affiliated with Stanford.

One day after the study cited in Carlson’s interview was published in the International Journal of Antimicrobial Agents, the International Society of Antimicrobial Chemotherapy (ISAC) issued an official statement casting doubt on its findings. “The ISAC Board believes the article does not meet the Society’s expected standard, especially relating to the lack of better explanations of the inclusion criteria and the triage of patients to ensure patient safety.”

With growing evidence that hydroxychloroquine does little for people afflicted with Covid-19 and comes with a whole set of possible harms, why would anyone use it?

After the initial buzz, Utah jumped the gun and prepared to make the medication available without prescriptions. It later course-corrected after an outcry from health officials. Following a spike in prescriptions and medication shortages, the American Medical Association issued a statement urging physicians to stop inappropriately prescribing hydroxychloroquine.

The calming voices from medical professionals made me hopeful that I may not be out of luck when my 90-day supply runs out in a few weeks. But after Trump’s latest statement, I’m not as optimistic.

If people will ingest bleach and other disinfectants after the president brainstorms ill-advised remedies on-air, hydroxychloroquine is going to be hard to find for the foreseeable future.

Surviving a pandemic with lupus

I work hard to be safe and not get infected by SARS-CoV-2, the virus that causes Covid-19. If I do, I likely won’t be one of the many asymptomatic carriers or develop a mild case with flu-like symptoms. With my weakened immune system and susceptibility to pneumonia, I worry I will be one of those on a ventilator.

My husband practices the same things the CDC recommends for high-risk individuals — even though he’s healthy — to minimize my potential exposure to the virus.

We get up at 5 a.m. to walk several miles without worrying about coming into contact with people who choose to ignore social distancing guidelines or not wear masks. People roll their eyes when I scramble to keep a distance when they crowd me on a path. We spend a premium but we’re lucky we can still afford to have groceries delivered. We eat a healthy diet in the hopes I can avoid the doctor for as long as practical.

At-risk people like me are warned to stay home while the rest of the population gets back to normal. I can accept that my freedom is being limited because people don’t understand the impact of their decisions. Yet I’m horrified that our president perpetuates the spread of misinformation — and is often the cause of it — as he willfully ignores advice from experts.

While I fear for my own health, I also worry that people will die unnecessarily because our president doesn’t have the sense to recognize or care about science or the destruction he leaves in his wake.

Camela Thompson is a freelance writer based in the Seattle area.

About the Author: Patrick Skerrett