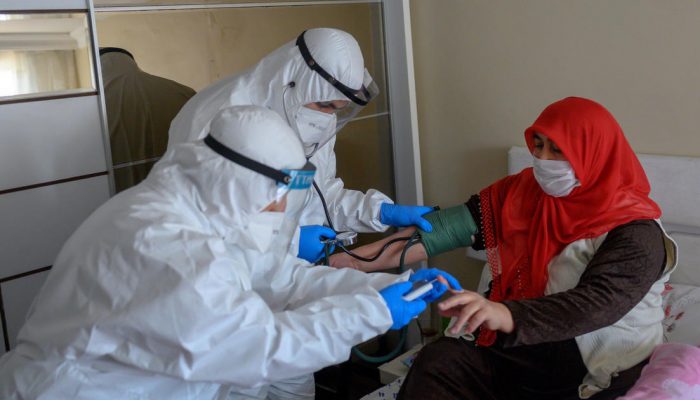 
Istanbul — Turkey has the biggest coronavirus outbreak in the Middle East, with more than 117,000 confirmed infections. More than 3,000 people have died. But the government claims to have a lower fatality rate than the global average estimated by the World Health Organization at over 3%.

The Turkish government imposed weekend-only lockdowns and banned only those under the age of 20 and over 65 from leaving their homes during the week, in an effort to limit the economic impact of the pandemic.

Turkey’s Ministry of Health says the relatively low death toll is thanks to treatment protocols in the country, which involve two existing drugs — the controversial anti-malaria drug hydroxychloroquine touted by President Trump, and Japanese antiviral favipiravir.

“Doctors prescribe hydroxychloroquine to everyone who is tested positive for coronavirus” Dr. Sema Turan, a member of the Turkish government’s coronavirus advisory board, told CBS News. Hospitalized patients may be given favipiravir as well if they encounter breathing problems, she said.

Turan said the combination of drugs appeared to “delay or eliminate the need for intensive care for patients.” But it’s important to note that Turkey’s use of the drug is not a clinically controlled trial; there’s no control group of patients not given the medication to compare the results against.

Clinical trials have been underway in the U.S. and elsewhere, but the results aren’t yet clear. Preliminary studies on hydroxychloroquine have yielded uninspiring results thus far.

The U.S. Food and Drug Administration has approved emergency use of hydroxychloroquine for coronavirus patients, but has warned it should only be used in clinical trials or under the close observation of doctors, citing an observed risk of heart complications.

Comparisons between countries’ reported mortality rates, as offered by Turkey, are of limited use, as different nations tabulate the statistics used to determine those rates in different ways, and with varying reliability.

Health workers help a woman who tested positive for the novel coronavirus COVID-19, in Istanbul, Turkey, on April 28, 2019.

Mortality is essentially a measure of the proportion of people diagnosed with a disease who go on to die, so having an accurate picture of the number of infections is key.

Turkey has so far conducted about 948,000 COVID-19 tests, according to the data-gathering website worldmeters.info. That equates to a testing rate of about 11,200 people per million residents. By comparison, the U.S. has tested almost 19,000 people per million, and proactive Germany almost 25,000 per million.

While Turkey’s relatively low test rate might suggest even more impressive mortality figures, there are also concerns that the official death toll for the country — the other half of the mortality equation — could be a significant underestimate.

The Turkish Medical Association, the country’s largest doctors’ union, has criticized the government for not using broader diagnostic criteria approved by the World Health Organization in its counting of COVID-19 deaths, saying it could be obscuring the “real dimensions of the problem.”

Asked about those claims, an official at the Ministry of Health told CBS News that the broader WHO criteria are meant for countries with limited testing capacity and Turkey, the official said, has “extensive capacity to conduct tests” and “is acting in line with the international standards.”

The problem of questionable statistics may well be universal. The global death toll from COVID-19 could be as much as 60% higher than currently stated, according to a recent investigation by the Financial Times that cites data from 14 countries.