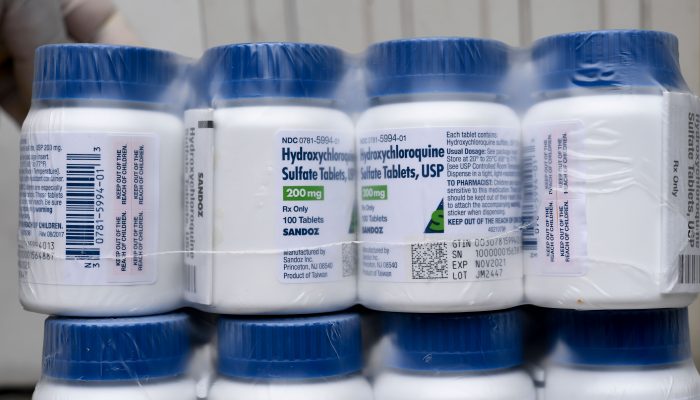 By JULIUS BARIGABA
More by this Author

Uganda’s first patients who fully recovered from the deadly corona virus disease (Covid-19) were treated using the controversial hydroxychloroquine drug that is yet to be approved by the World Health Organisation.

“The patients we are discharging today were on hydroxychloroquine and erythromycin actually,” director general of Health Services in the Ministry of Health Dr Henry Mwebesa tweeted when the country discharged the first three Covid-19 patients on April 11.

Uganda is going all out to deploy the treatment regime, President Yoweri Museveni said on Tuesday, despite caution from the WHO, scientists and top epidemiologists that hydroxychloroquine has fatal side effects.

President Museveni—who has hinted at using a homegrown anti-malarial drugs to treat Covid-19—said the government will initially import the medicine from India before starting to manufacture it locally.

Uganda-based Cipla Quality Chemicals Ltd is being touted as the firm that will do the work.

He said he spoke by phone to India Prime Minister Narendra Modi over the drug.

“India will supply us with the hydroxychloroquine as well as the raw-materials to make it here,” Mr Museveni said.

France and China have allowed use of the drug in clinical trials while in the US it is being used as a treatment for Covid-19 patients.

The EastAfrican has leant that officials from the Ministry of Health and local epidemiologists recommended to President Museveni that the drug be procured after it helped to improve the condition of Uganda’s Covid-19 index case.

The index case who has since been discharged, presented with a high fever and poor appetite on March 21 was out on hydroxychloroquine treatments and within 14 days he no longer had a temperature or any other symptoms, Health Minister Dr Jane Ruth Aceng told a press conference on April 9.

“It is still undergoing testing, but it has the ability to stop the spread of the disease by stabilising the red blood cells so that uptake of oxygen by haemoglobin is promoted,” she said. Minister Aceng however clarified that; “Hydroxychloroquine is not a treatment. It is an immune modulator,” she explained during a talk show on NBS TV last Thursday.

So far, all 12 patients that have recovered and been discharged—out of 55 Covid-19 cases as of April 15—were on hydroxychloroquine and erythromycin.

But some experts argue that Uganda needs additional information before the drug can be used as it has safety issues, heart risks concerns and currently recommended for use only in clinical trials on Covid-19 patients.

For example, Uganda Radio Network quotes Dr Samuel Opio, secretary of the Pharmaceutical Society of Uganda as cautioning that if used badly, hydroxychloroquine or chloroquine can lead to long-lasting effects like loss of sight.

Uganda also says it will rely on local firms to produce other items used in the care and management of Covid-19 patients; these are personal protection equipment, masks, scrub suits, goggles, protective glass and gloves. The country is in lockdown till May 5.