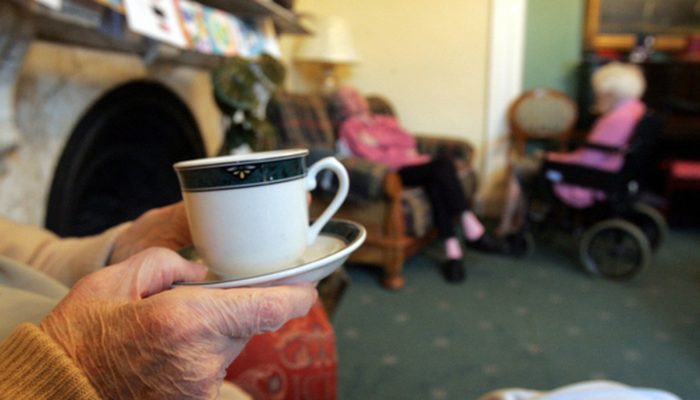 
The UK is on track to become one of Europe’s worst-hit countries in the coronavirus pandemic.

It comes as data shows deaths from Covid-19 had already topped 20,000 by 17 April, including a fast-rising toll in care homes.

The Office for National Statistics said the number of deaths involving Covid-19 in England and Wales was 52% higher than the daily figures for deaths in hospitals released by the government as of 17 April, according to official data that includes deaths in the community.

The ONS said 21,284 people overall had died as of 17 April with mentions of Covid-19, the respiratory disease caused by the coronavirus, on their death certificates.

That was some 52% higher than the 13,917 people who died in hospitals, as published by the government on 18 April.

That takes the UK’s total death toll as of 17 April beyond those reported by France – which also includes deaths in care homes – and Spain, according to Reuters calculations, though lower than Italy’s total toll.

A trebling of deaths in care homes in England and Wales within the space of a few weeks contributed to a far higher toll.

The ONS said that overall, 7,316 people had died in care homes overall during the 16th week of 2020, almost treble the number reported in the 13th week.

According to figures released by the health ministry yesterday, 21,092 people had died in hospitals across the United Kingdom after testing positive for Covid-19.

Meanwhile, there has been 20 further deaths as a result of the coronavirus in hospitals in Northern Ireland, the biggest single daily increase.

It brings the total number of fatalities in hospitals in the region to 329.

The figure does not include deaths in nursing homes or other non-hospital settings.

The Department of Health said there are also 34 new cases of Covid-19, bringing the total to 3,408.

Meanwhile, Britain’s health minister Matt Hancock has said that he is “very worried” at signs of a coronavirus-related syndrome emerging in children but stressed it needs more research and remains very rare.

The National Health Service (NHS) issued an alert at the weekend about a small number of children presenting an unusual set of symptoms, including abdominal pain and inflammation around the heart.

They have required admission to intensive care, according to a report in the Health Service Journal.

“I’m very worried about the early signs that in rare cases, there is an impact of an auto-immune response in children that causes a significant disease,” Health Secretary Matt Hancock told LBC radio.

The national medical director for NHS England, Stephen Powis, said it was “too early to say” whether the new disease was linked to coronavirus but the issue was being looked into urgently.

England’s chief medical officer, Chris Whitty, said it was “entirely plausible” that it was linked to Covid-19.

Scotland recommends use of face coverings

The Scottish government has advised the limited use of face coverings when social distancing is hard to maintain.

First Minister Nicola Sturgeon told her daily Covid-19 briefing that the Scottish government was advising the limited use of face coverings made of cloth, including scarves, for everyone above the age of two.

“We are recommending that you do wear a cloth face covering if you are in an enclosed space with others where social distancing is difficult, for example public transport or in a shop,” the SNP leader said.

The use of the more general term of coverings sets them aside from the use of medical-grade masks, amid concerns greater public uptake could lead to a shortage for NHS workers.

Ms Sturgeon did not make their use mandatory, conceding evidence over their use is “still limited”, but said there are benefits in wearing coverings to reduce transmission from individuals who are not yet exhibiting symptoms.

The UK government is yet to decide on whether to recommend masks to slow the spread of coronavirus.

A spokesman for the British Prime Minister insisted that Boris Johnson wanted to maintain a UK-wide response as far as possible.

“There have been points in the response so far where announcements have been made at ever so slightly different times,” the spokesman said.

“By and large we have moved forward with a single four-nations approach. I think the devolved administrations in Scotland, Wales and Northern Ireland have all said they hope that continues to be the case and we would agree with that.

“We continue to work closely with them.”

About the Author: RTE.ie