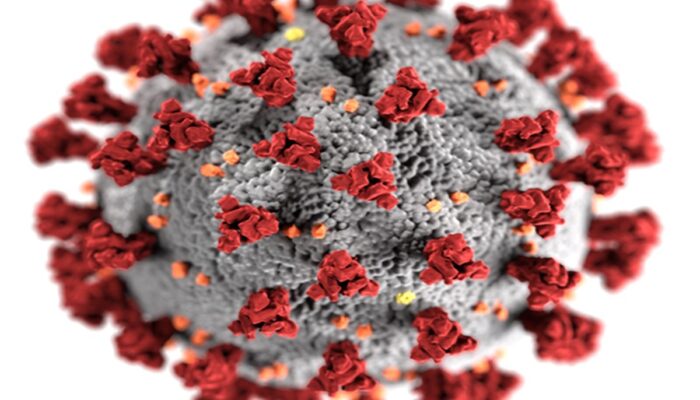 
Most people who contract COVID-19 will not die from the virus, but recovery from the infection does not amount to a clean bill of health and a return to normalcy for unknown numbers of those
infected.

COVID-19 “long haulers” as they are termed, are those who continue to suffer a wide range of symptoms months after their initial symptoms emerged, for reasons scientists have yet to definitively pinpoint.

This condition is experienced by individuals of all age groups, with or without comorbidities, and regardless of the severity of one’s initial COVID-19 symptoms.

During a COVID-19 webinar last year, Director of the United States National Institute of Allergy and Infectious Diseases Dr. Anthony Fauci said, “Anecdotally, there’s no question that there are a considerable number of individuals who have a postviral syndrome that really, in many respects, can incapacitate them for weeks and weeks following so-called recovery and clearing of the virus.”

For sufferers around the world and here at home, a path to wellness is an uncertain one, as research struggles to keep pace with the puzzling symptomatology exhibited by COVID long haulers.

“It is really scary”

Last September, Princess Margaret Hospital (PMH) nurse Judyann Johnson, 56, shared her COVID-19 fight for survival with The Nassau Guardian, and five months after her diagnosis in August, she told Perspective that she is embroiled in an ongoing fight to regain wellness.

Though she is back to work, her current symptoms are post-COVID hypertension, tachycardia (a heart rate over 100 beats per minute), crushing fatigue, and pain in the left side of her body.

Johnson shared, “Christmas Day my blood pressure was 200/104 with taking the meds; I was really scared out of my wits because as a nurse you would deal with hypertensive emergencies, and people coming in with pressures like that do not turn out to be good.

“The fatigue is worse. Before you would get tired but you could rest and recuperate, but now you are so fatigued and so tired it’s like the bed is going to take you, and from I have had COVID-19, I have not been sleeping well.

“At night…oh God…some days I don’t know which days are my worst days…last night I felt like everything was starting all over again.”

Johnson’s comorbidity was diabetes which she said grew uncontrolled due to COVID-19, resulting in her being placed on insulin for the first time in the course of her disease.

Of her symptoms, she continued, “My entire left side, if I sit down too long when I get up, it’s like I am walking with a limp because my left side hurts so bad, and I now have blurry vision in my left eye.

“It is really scary. It’s like my whole life has changed. I’m looking at my day-to-day living through a different eye. You’re taking all these meds and all these vitamins; there is nothing they can give you for pain, so you’ve got to decide within yourself do you want to stay on this level, especially since no one can really answer you.

“You’ve got to prepare yourself daily going forward.”

“When is it going
to be over?”

Fifty-nine-year-old Camille Smith’s COVID-19 illness last September was so severe that she told her husband, sister and best friend that she did not think she was going to make it.

Following hospitalization with double pneumonia (pneumonia of both lungs) that left her with lung scarring she continues to grapple with, the director of Academic Counseling and Advisement for the University of The Bahamas began a journey of weeks of working to regain her strength and her sense of wellness.

Smith disclosed, “I have continued fatigue. Initially I could not even lift a gallon bottle of water, and taking a shower was an ordeal initially.

Her next lung scan is scheduled for March, when she hopes to hear good news about the progress of her lung scarring.

Smith noted, “My doctor said there’s research that says people can have long-term symptoms for six to 12 months and I’m like ‘Doc, I’m a mother, I’m a student, I work. I mean come on seriously, let me know if I’m finished with this’.”

Initially, she could not sign her own name due to hand tremors, and she also continues to suffer brain fog, hair loss and abnormal blood counts.

Of the emotional toll, Smith shared candidly, “Sometimes it messes with your mind and your emotions because you are waiting for it to be finished. You know, get sick and couple of weeks later you’re fine, but this is four months later and I’ve read enough to know it could be even longer before my lungs are back to normal functioning.

“And so, it’s like, when it is going to be over? Emotionally there is a sense of frustration but also a sense of relief that I know I am functioning better than I was two months ago.

“A part of it is the thought that, is this going to be my new functioning? It also has a psychological impact on my family because you have teenagers, and they see you go to the hospital and they don’t know what is going to happen.”

Smith has joined the Facebook support group Survivors Corp based abroad, where thousands who were infected with COVID-19 share their experiences.

“Sleeping with an
oxygen machine”

He learned he was COVID-19 positive last October, and was hospitalized in intensive care at Doctors Hospital as he was unable to breathe on his own.

Four months later, the 18-year marine shared, “I am still at a point of having shortness of breath. I still have to sleep with an oxygen machine, and also my endurance level isn’t the same as it was before in reference to working out.

“It was kind of hard at first because when you are used to being at a certain level and now knowing that you have to do certain things in order to survive, it does have a mental effect, but I realize that with the support of family and friends, I realize that you have to be a bit strong and keep a positive mindset and you’ve got to overcome it.”

Smith said fellow marines who know of his outcome are now taking the threat of COVID-19 more seriously.

COVID changes
the person who had it

For Dr. Cara Dorsette-Pena, 35, COVID-19 and its long-term effects have radically altered her life.

Her symptoms over the ensuing months. including heart palpitations, dizziness and erratic heart rate prompted an evaluation by US-based physicians who were seeking to determine if she was suffering from postural orthostatic tachycardia syndrome (POTS) — a condition that affects involuntary nervous system functions, such as heart rate and blood pressure, usually upon standing from a reclining position.

“In open spaces, if it was too wide of a space, I would feel extremely dizzy.”

She has undergone a battery of tests including autonomic testing abroad, in pursuit of managing her ongoing symptoms which also include a diminished sense of smell and loss of coordination for which an electromyogram which measures muscle response or electrical activity in response to a nerve’s stimulation of the muscle, is recommended.

“I remember telling my colleagues you will have to monitor every single patient who survives COVID because what’s going to happen is at some point you are going to have patients coming in with certain symptoms we may overlook thinking it is a regular flu or they are just not feeling well when it is a long-term effect of COVID.

“COVID changes the person who had it.”

Some COVID long haulers in US media accounts point to family, friends and some physicians believing the symptoms they are suffering are all in their head, particularly since standard medical tests are failing to yield answers to the causes of their complaints.

Dorsette-Pena said her own experience in this regard has now enabled her to understand how some of her patients with autoimmune diseases feel as they work to determine the cause of their maladies.

Dr. Charlyon Bonimy, an infectious disease specialist and clinical director of infectious disease at Doctors Hospital who manages COVID-19 cases in the public and private sector, spoke to Perspective last year about the long-term effects of COVID that he has observed in his patients, and the importance of a multi-sectoral focus on the long hauler syndrome.

In a followup interview with us, Bominy explained that treatment and management of long hauler syndrome involves “a multidisciplinary approach depending on specific complaints and issues.

“[A] cardiologist for heart arrhythmia, pulmonlogist for ongoing respiratory complaints and a psychologist for reassurance and supportive care to address certain complaints,” he said.

He disclosed that the patient profile of long haulers he’s treating “is pretty variable, young, old, comorbidities, no comorbidities, I haven’t identified any particular at risk group”.

“Certainly the more severe your illness, the longer you may have lung complications, but I’ve seen several mild to moderate cases who have significant cardiac issues related to arrhythmias and the like,” Bonimy said. “More data is needed.”

In its report for January 23, the Ministry of Health indicated that 6,720 residents have recovered from COVID-19.

In response to our query of what residents should do if they are continuing to experience symptoms after having recovered from the virus, Bonimy stressed that they should see their primary care physician

“There is still a significant gap in knowledge and research, and so the more people share their experiences, the more answers we can hopefully come up with.” 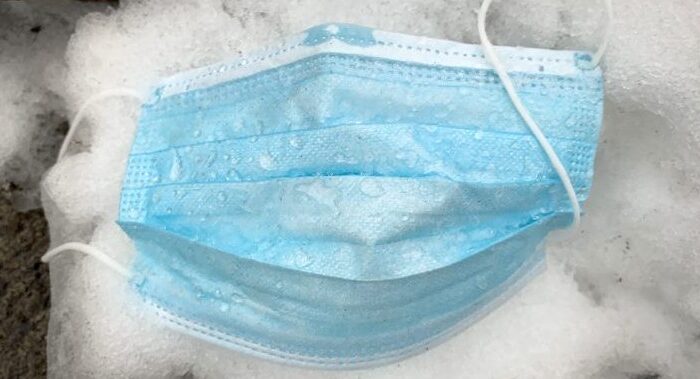 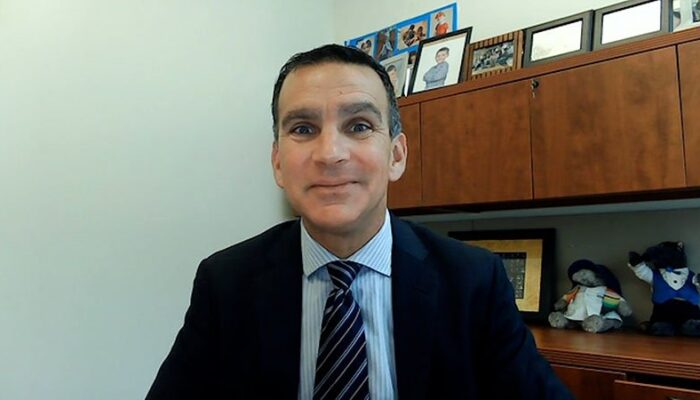 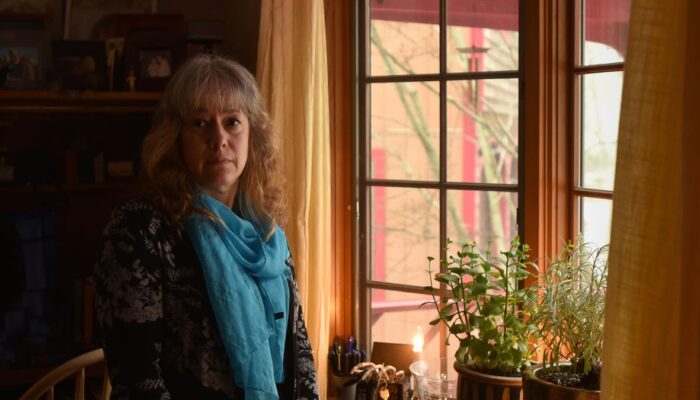 About the Author: Sharon Turner