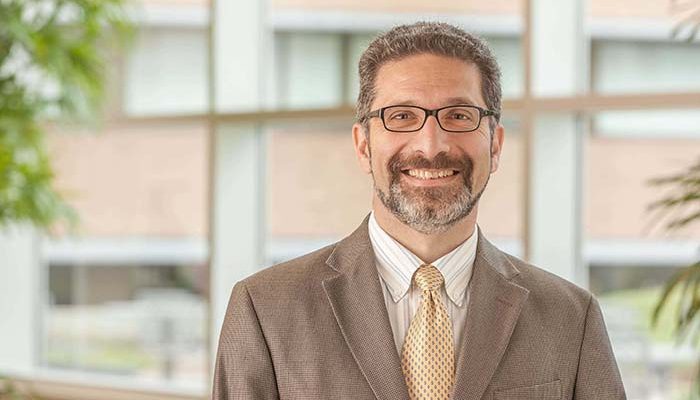 
Hospitalized patients with advanced COVID-19 and lung involvement who received the antiviral drug remdesivir recovered faster than similar patients who received placebo, according to a preliminary data analysis from a randomized, controlled trial involving 1,063 patients, which began on Feb. 21.

The first trial participant was an American who was repatriated after being quarantined on the Diamond Princess cruise ship that docked in Yokohama, Japan, and volunteered to participate in the study at the first study site, the University of Nebraska Medical Center/Nebraska Medicine, in February 2020. A total of about 450 people across 68 sites ultimately joined the study—47 in the United States and 21 in countries in Europe and Asia.

Andre Kalil, M.D., a physician and researcher at UNMC and its hospital partner, Nebraska Medicine, has been leading the trial at UNMC.

“My colleagues and I are pleased to be part of this study which is showing good preliminary results,” said Dr. Kalil, a professor of infectious diseases in the UNMC Department of Internal Medicine. “We all are working diligently and swiftly to do the science in the appropriate way to help in this pandemic. It also gives us hope that soon this drug may be used widely.”

In its National Quarantine Unit in Omaha, UNMC/Nebraska Medicine housed 13 people who were repatriated Feb. 17 by the U.S. State Department from the Diamond Princess cruise ship. Eleven of the 13 tested positive for COVID-19 and were monitored and have since been released. Nebraska Medicine also monitored and/or treated other hospitalized patients in the community.

Preliminary results indicate that patients who received remdesivir had a 31% faster time to recovery than those who received placebo (p<0.001). Specifically, the median time to recovery was 11 days for patients treated with remdesivir compared with 15 days for those who received placebo. Results also suggested a survival benefit, with a mortality rate of 8.0% for the group receiving remdesivir versus 11.6% for the placebo group (p=0.059). Recovery in this study was defined as being well enough for hospital discharge or returning to normal activity level.

While the remdesivir results are promising, Dr. Anthony Fauci said states “can’t just leap over things” and reopening too soon is a bad idea. Premature relaxing of social distancing measures could cause a significant rebound in infections and death and further delay economic recovery.

More detailed information about the trial results, including more comprehensive data, will be available in a forthcoming report, according to a UNMC/Nebraska Medicine press release.

About the Author: Silicon Prairie News