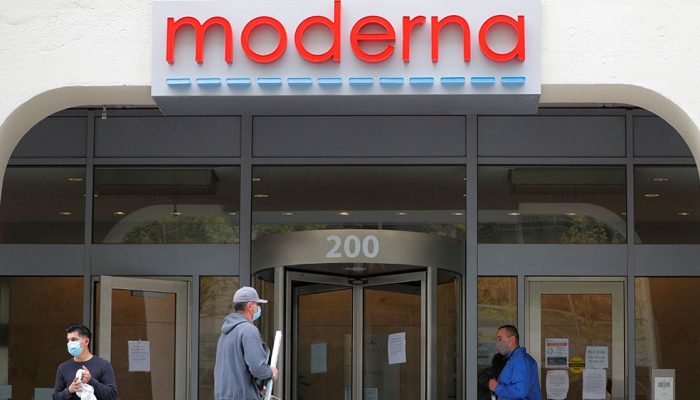 
Early data from a US biotechnology firm’s COVID-19 vaccine, the first to be tested in the United States, has showed that it produced protective antibodies in a small group of healthy volunteers, the company, Moderna Inc, said on Monday.

The data is from eight people who took part in a safety trial that kicked off in March as the global pandemic caused by the novel coronavirus was spreading.

In the trial of 45 volunteers, conducted by the National Institute of Allergy and Infectious Diseases, eight volunteers who got two doses of the vaccine produced protective antibodies roughly on par with people who recovered from a natural infection of the virus that causes the COVID-19 illness, the company said in a news release.

The study, which was not designed to prove the vaccine works, offered an early glimmer of hope that it could provide protection against the virus.

Scientists are still trying to understand what level of antibodies will ultimately prove protective against the coronavirus, and how long that protection will last.

The vaccine appeared to show a dose response, meaning that people who got higher doses had higher levels of antibodies.

Moderna’s vaccine has gotten the green light to start the second stage of human testing, and last week, US regulators gave the vaccine “fast-track” status to speed up the regulatory review.

“We are investing to scale up manufacturing so we can maximise the number of doses we can produce to help protect as many people as we can from SARS-CoV-2,” Moderna Chief Executive Officer Stephane Bancel said.

The company’s vaccine is at the forefront of the efforts to arrest the fast-spreading virus. Last week, it won the US health agency’s “fast-track” label to speed up the regulatory review. Moderna expects to start a larger late-stage trial in July.

There are currently no approved treatments or vaccines for COVID-19, and experts predict a safe and effective vaccine could take 12 to 18 months to develop. The company has signed deals with Swiss contract drugmaker Lonza Group AG and the US government to produce huge quantities of its vaccine.

The vaccine, mRNA-1273, was also found to be generally safe and well tolerated in the early-stage study, the drug developer said.

One person in the trial experienced redness around the injection site, which was characterised as a “grade 3” side effect. No serious side effects had been reported, the company said.