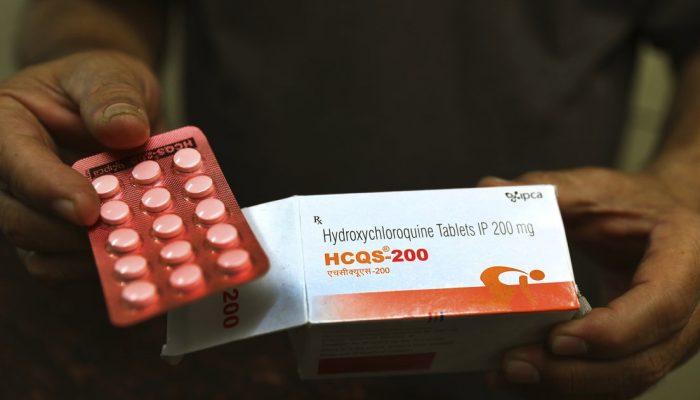 A “right to try” bill in the state Legislature would shield Utah physicians from legal liability when prescribing off-label or even experimental medications for coronavirus patients.

The proposal would not protect health care providers who are grossly negligent or intentionally malicious — a patient could still file a malpractice lawsuit in those cases. But, the bill’s supporters say, it would give physicians more flexibility to seek out new and unproven treatments during a public health emergency.

“It just gives confidence to a physician that if they prescribe it, they have liability protection,” Senate President Stuart Adams said Monday.

“It feels like everyone is hoping for a silver bullet and we don’t believe this is it,” said Maryann Martindale, executive director of Utah Academy of Family Physicians, adding that legal immunity doesn’t eliminate doctors’ concerns about using the drug.

Adams and others who believe the drug has potential point to French studies suggesting hydroxychloroquine is effective against the coronavirus. However, scientists have since identified flaws in the methodology involved in the research, leaving many medical professionals in doubt about the drugs’ usefulness.

Intermountain Healthcare and University of Utah Health last week launched two clinical trials on hydroxychloroquine, one of them studying treatment of hospitalized patients and another looking at people who are dealing with their COVID-19 symptoms from home.

Many physicians say they are uncomfortable prescribing the anti-malaria medication to coronavirus patients whose symptoms are less severe because the drug comes with a range of possible side effects — sometimes even causing lethal heart arrhythmia.

While those negative effects are rare, these medical providers say it’s not worth risking them when there is no proven benefit to the drug.

But Adams and the bill’s sponsor, Senate Majority Leader Evan Vickers, argue that physicians and patients should have the ability to explore the drug’s use.

“Right now, if they were to prescribe hydroxychloroquine … even if they went through all the protocols and determined that the patient would benefit and weighed the risks with the benefits, they could potentially be sued for the use of hydroxychloroquine,” said Vickers, a pharmacist by profession. “With this, if they followed those protocols and stayed within those guidelines and had permission from the patient … then that risk would be removed.”

Under the bill, a physician who wants to use an experimental drug would have to inform the person of the potential risks and disclose that an insurer could deny coverage for the medication, potentially leaving the patient on the hook.

Since it’s still in an experimental phase, remdesivir is not widely available, and a physician would have to work with the manufacturer to obtain it, Vickers, R-Cedar City, explained.

The current changes would make experimental remedies accessible to anyone diagnosed with an illness that has triggered a major public health emergency.

Vickers said the bill would also protect health workers — including physicians, nurses, dentists, pharmacists and surgeons — who are providing treatment outside their education, training or experience when there are staffing shortages during a pandemic or other crisis situation. These workers would have immunity from legal liability only if they stayed within the scope of their professional licenses and did not act in gross negligence or malice, according to the bill language.

The provisions included in the bill would be relevant only during times of emergency and would not apply during normal circumstances, Vickers said.

The supply of off-label or experimental medications has been a source of concern during the pandemic, with reports of hydroxychloroquine shortages in some parts of the nation. The possibility of a run on these drugs is particularly alarming for lupus and rheumatoid arthritis patients, who have long depended on hydroxychloroquine to manage their symptoms.

Vickers said he’s shared those concerns but is confident Utah has a sufficient supply.

“I checked with my wholesale contacts Friday, and the current situation with hydroxychloroquine and other drugs like that is that there’s a pretty stable, adequate supply,” he said.