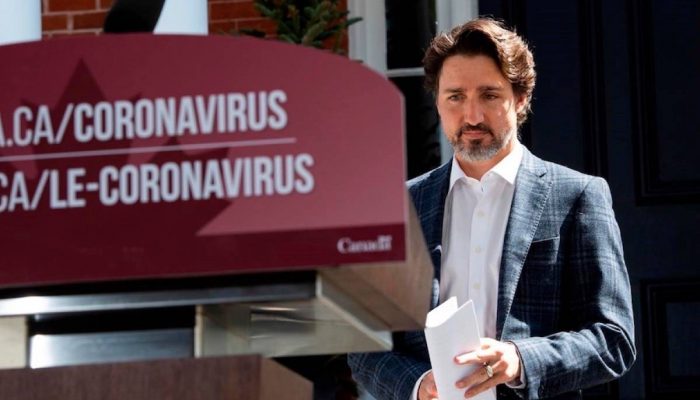 There may be another valuable shield in the fight against COVID-19, and the head of a Vancouver biotech firm says it could buy time as researchers race to develop a vaccine.

Carl Hansen, CEO of AbCellera Biologics Inc., said a drug built with antibodies could be used to protect vulnerable populations until a vaccine is more widely available.

The antibodies would give patients all the molecular material they need to fight the disease instead of depending on their bodies to develop their own as with a vaccine, giving them faster protection, he said.

“A prophylactic antibody could well be more effective than a vaccine,” he said.

The funding also supports the company’s plans to build technology and manufacturing infrastructure for antibody therapies against future pandemic threats.

In partnership with pharmaceutical giant Eli Lilly, AbCellera is among a handful of companies on track for clinical trials this summer.

“There are many groups trying to rapidly develop vaccines for COVID-19 and vaccines are a very important part of the global response,” Hansen said.

“What we’re doing is different. What we’re doing is searching through an immune response that was generated from an actual infection and recovery in a patient and then finding that one antibody out of the literally millions that is best suited to stop the virus and that can be manufactured,” he said.

In 2012, Hansen said AbCellera recognized it could combine technologies from artificial intelligence, genomics, microfluidics and immunology to quickly search through natural immune systems to find antibodies that fight infection.

Two years ago, AbCellera began working with the Defense Advanced Research Projects Agency in the United States as part of a program to “radically accelerate” pandemic response, Hansen said. The company was working on simulations using its antibody-identifying technology when the COVID-19 pandemic struck.

Using blood samples from one of the first recovered COVID-19 patients in the United States on Feb. 25, AbCellera began screening millions of cells.

It narrowed down 500 unique human antibodies against the virus to a set of 24 that showed high promise of being therapeutic, he said.

“More recently we have further refined that set to a single antibody that is now being manufactured with the objective of having a first in-human trial start in July,” Hansen said.

What typically takes up to five years has been accelerated to less than four months, he said.

Vaccines and antibody-based prevention drugs work differently. With a vaccine, you inject a patient with a weakened virus or part of a virus to stimulate the immune system’s natural production of antibodies. With a prophylactic antibody, you insert the antibodies into the patient, Hansen said.

There are benefits and drawbacks. On one hand, prophylactics create more immediate protection because there’s no waiting period for the body to create its own antibodies. It’s also more broadly effective, because not all patients’ immune systems may be up to the task of producing their own antibodies.

On the other hand, a substantial number of antibodies must be administered to the patient in order to protect them.

“What that means is that the ability to manufacture hundreds of millions or even a billion doses of a vaccine is something well within the realm of possibility today. Making that many doses of antibodies is not,” he said.

That would mean giving the antibody to select groups of people at risk, such as health workers or the elderly, Hansen said.

The World Health Organization recommends that pharmacological treatment for COVID-19 should not be used outside of clinical trials.

“There are no proven therapies for the prevention or treatment of COVID-19. All agents have the possibility of associated harm, and pharmaceutical supplies province-wide and nationally for many of the possible agents are severely limited,” it said.

For Hansen, research and development during the pandemic has not been business as usual.

“What matters most is we get a therapy out there that works for patients and do so as quickly as possible.”