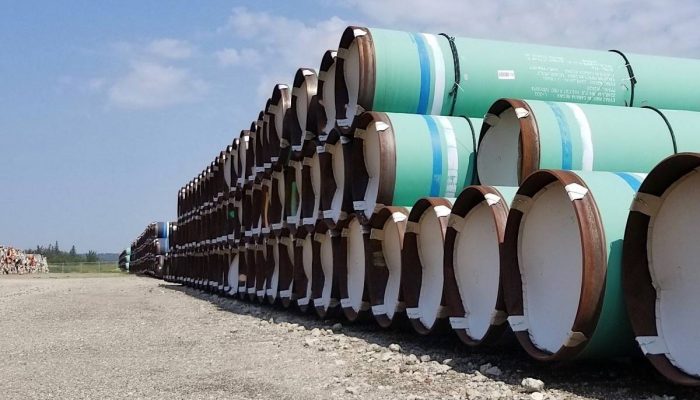 Detailed route hearings for the B.C. portion of the Trans Mountain pipeline expansion project are going ahead with written submissions and photos from people seeking changes to the route for the twinned oil pipeline.

Procedures have been changed to carry on with the pipeline hearings in the COVID-19 pandemic, for the project approved by the Justin Trudeau government in June 2019. About 70 per cent of the pipeline’s detailed route has been approved, including the entire Alberta portion from Edmonton to Jasper.

The Canada Energy Regulator said April 21 that 22 active detailed hearings remaining along the route between Merritt and Burnaby, the southwestern portion where the original pipeline has operated since 1953. Pipeline construction in Alberta has been paused during spring breakup with about 25 km of twinned pipe still to be installed in the Edmonton area.

Extensive work continues on Trans Mountain’s Burnaby terminal and tank farm, and the nearby Westridge Marine Terminal that is expanding to accommodate up to three Aframax-class oil tankers at a time.

Detailed route hearings are where a commission determines if a valid statement of opposition is filed “that demonstrates a material change in circumstances related to the best possible route of the pipeline, the most appropriate methods of construction or timing of construction,” the Canada Energy Regulator states on its project website.

There are 18 decisions still to be completed for the Fraser Valley-to-Langley portion of the route, with 20 statements of opposition reviewed and another 15 that were denied. One decision remains to be completed for the Surrey-to-Burnaby section, where 16 statements of opposition were denied and two proceeded to the hearing stage.

Black Pines to Wahleach, designated as section five by the federally owned Trans Mountain corporation, runs from north of Kamloops to the Hope and Chilliwack region. It has nine hearing processes that still require a decision as of April 23.

The Canada Energy Regulator announced March 16 that oral portions of all ongoing public hearings would not would not proceed as planned due to the coronavirus pandemic.