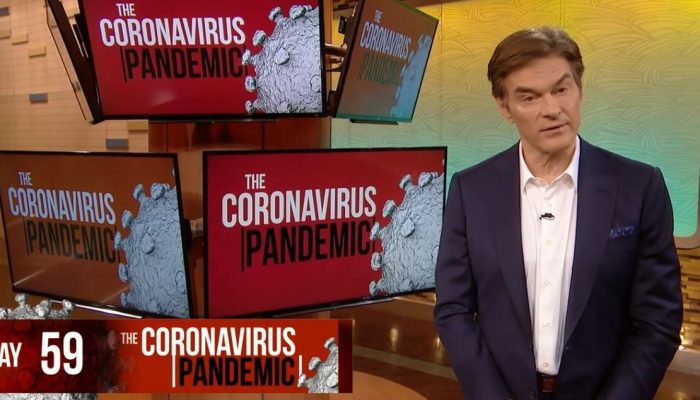 After weeks of being a booster of the use of hydroxychloroquine as a potential treatment for coronavirus, celebrity doctor Mehmet Oz now says it’s better to wait for randomized clinical trials.

“The fact of the matter is, we don’t know,” Oz said onFox & Friends on Wednesday. “Thank goodness these medications are prescription only so doctors are desperately awaiting the completion of the higher-quality randomized trials.”

His more cautious approach to the use of the drug — traditionally used to treat malaria — came after a Veterans Administration study found no benefit from the use of the drug in patients. It even showed that there were more deaths among those that were given hydroxychloroquine.

Oz has repeatedly advanced other studies that he says show that the drug is a potential breakthrough treatment, and President Donald Trump has said that it could be a “game changer.” Some Fox News personalities, like Laura Ingraham, also have advocated for it.

On one of her shows earlier this month, Ingraham suggested that some of the doubts over its use were “only because President Trump brought it up. … I see right through their motives and it’s patently obvious to me that they have something that works in a large percentage of cases and they’re like, ‘No, it can’t work yet.’ It’s insane.”

While Oz has advised viewers to consult with their doctors, he’s been much more of a promoter of its use that Dr. Anthony Fauci, a member of the White House’s Coronavirus Task Force, who has cautioned that its effects were unproven and needed clinical trials.

The National Institutes of Health on Tuesday issued new guidelines concluding that there was “insufficient clinical data” to recommend for or against the use of the drug in coronavirus treatments. They also recommended against combining the drug with azithromycin because of potential toxicities, or side effects.

Last week, in an interview with Larry King, Oz cited the opinion of a noted rheumatologist that the “complications are nil” and that side effects were rare. “Then I start to think, my goodness, if they are not worried about it, then why I am I worried about it when the downside of not giving it might be progression of the virus.”

On Wednesday’s Fox & Friends, Oz said, “I think there is so much data coming from so many places, we are better off waiting for the randomized trials Dr. Fauci has been asking for. Otherwise, we keep reacting back and forth for studies that show an opposite result.”

He added, “A lot of it may have to do with when you get the medication. With the people who already have breathing tubes down their throat, it’s not going to have the same kind of effect as if you give it early, but we don’t have randomized data from the United States to educate us well enough right now.”