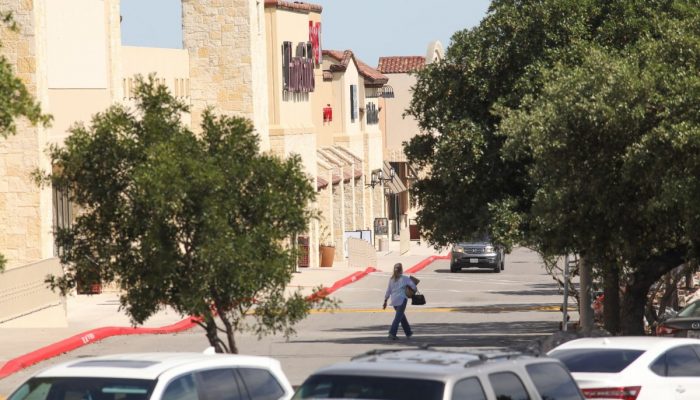 
Friday and Saturday marked the first wave of retail business and restaurant openings in San Antonio and throughout the state. There was no discernible pattern, save for the random nature of physical commerce sputtering back into existence: A mall here, a movie theater there, more box stores, an art framing business, a mattress outlet and, here and there, quiet restaurant openings with limited seating.

What opened in the first wave depends on where you live and shop, but scattered across the four corners of the city, places large and small slowly came back to life late last week. Doors that had been locked for weeks once again welcomed customers with one word: Open. It wasn’t much, but it was something.

Some advertised admission only to customers wearing face protection. Others posted employees at entrances to wipe down door handles with every arrival and departure. Some let people in without taking such public health precautions, despite the local emergency order making it mandatory.

The back-to-business openings were authorized by Gov. Greg Abbott’s Monday executive order, even as wary public health officials here and across the state continue efforts to contain the spread of the coronavirus.

We want to hear from you.

If you are a consumer who jumped at the chance for some retail therapy or a worker making in-store shopping and restaurant dining possible once again, do you have any reservations or fears about mixing with strangers in public? What precautions are you taking?

If you own a business that is staying closed for now or limiting business to curbside services, what is keeping you from reopening?

Abbot’s order also ended the state’s monthlong stay-at-home shutdown. In response, a less eager City Council and Commissioners Court jointly approved a modified emergency order that extends enforcement measures against social gatherings of 10 or more people and maintains the requirement of wearing a face covering in public when people are within 6 feet of one another through May 18.

Abbott’s order canceled the authority of local officials to levy $1,000 fines for violations of the face mask provision, and not all local businesses are requiring customers to wear masks, so the efficacy of the local order’s mandatory face mask provision remains uncertain. H-E-B continues its policy of requiring customers wearing face masks, while Trader Joe’s at the Quarry was not enforcing the order late last week. Home Depot was allowing people in without face masks but was limiting customer density.

Restaurants are limited for now to operating at 25 percent of customer capacity, which makes profitable operations impossible, some owners have said. Yet various places opened, eager to begin the path back to eventual full service operations.

Others are choosing to stay closed or to limit activity to curbside service. One widely read story published here last week chronicled the efforts of one creative owner, Jennifer Dobbertin of Tenko Ramen at Pearl Food Hall, who added toilet paper to her to-go menu.

Local museums and libraries remained closed, despite Abbott’s order including them for the early round of openings.

Abbott’s order did not address the challenge returning workers face in securing child care, with schools closed and many child care facilities only serving families of essential workers.

Meanwhile, officials at St. Mary’s University and Texas A&M University-San Antonio announced they will open for the 2020-21 academic year, although no opening dates have been set.

The efforts to restart the consumer economy came as the number of positive cases in Bexar County rose to 1,585 from the previous week’s count of 1,231, and the death toll rose from 43 to 48.

A Bexar County jailer, Timothy De La Fuente, 53, was among last week’s fatalities. Contagion among the incarcerated spiked Friday with 91 new positives and Saturday with 65 more cases. Only nursing homes have a worse record for infection. Like the majority of those who have died locally, De La Fuente had unspecified underlying conditions, according to officials.

Even with last week’s rising numbers, local health officials hope the virus spread has peaked. Testing demand, they reported, appears to be diminishing to less than 1,000 tests per day, well below the stated goal of 3,000 tests per day and increased contact tracing.

Juan Gutiérrez, chair of UTSA’s mathematics department, predicted an increase in positive cases as stores and restaurants reopen. He appeared with Rivard Report Senior Reporter Brendan Gibbons for a virtual question-and-answer session Wednesday. Gutiérrez led the development of one model that the City of San Antonio publishes on its COVID-19 webpage.

San Antonio Mayor Ron Nirenberg and Bexar County Nelson Judge Nelson Wolff urged members of the public to continue working from home and maintaining social distance measures to prevent any surge in the COVID-19 outbreak. The two elected officials appeared together Tuesday on a live-streamed program on KSAT-TV and the Rivard Report to discuss the most recent Bexar Facts poll.

A clear majority of respondents who are likely to vote in the November election said they want to maintain social distancing standards for now until there is greater certainty about containment of the virus, despite the economic consequences.

While both Nirenberg and Wolff were measured in their comments about Abbott’s order, it was clear they wanted the shutdown to remain in place longer to lessen the chance of a new spike in the spread of the virus.

At the individual and family level, record demand for housing assistance and rent relief, for meal packages from the San Antonio Food Bank, and for other forms of aid continued. Methodist Healthcare Ministries announced $1.1. million in additional grants for organizations fighting the coronavirus spread in the 74-county service area, with $400,000 of that sum going to entities in Bexar County.

State and local elected leaders, medical and public health experts, and those urging a return to business all will be watching closely in the coming weeks to gauge how the openings go and whether Gov. Abbott will be able to speed the pace of openings in mid-May, or if the state will face a new surge in the coronavirus spread.

About the Author: Robert Rivard