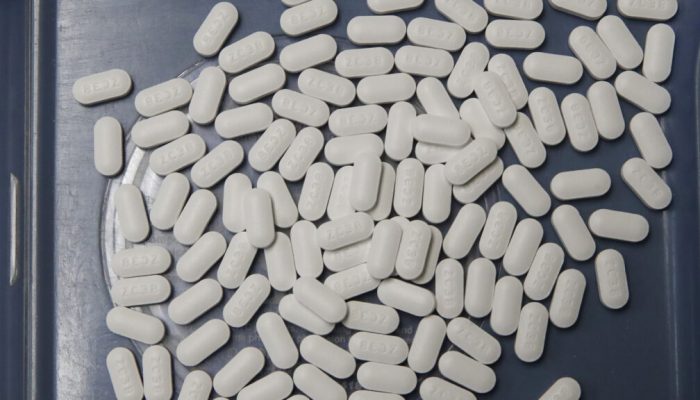 
A new study underlines safety concerns about using the malaria drugs hydroxychloroquine and chloroquine to treat Covid-19, and heightens questions about whether or not the drugs are effective at all.

The study, which was published in the Lancet, cannot answer the question of whether or not hydroxychloroquine and chloroquine can help patients fight off Covid-19 or whether the drugs increase or decrease the death rates in those patients. Those answers can only come from large studies in which patients are randomly assigned to either receive the drugs or a placebo. Dozens of such studies are ongoing.

The results, however, are a reminder of the risks of deciding to use medicines without clear evidence of their benefits and risks.

One of the findings of the current study seems hard to ignore: that the drugs increase the risk of dangerous disturbances in heart rhythms. These are known side effects of both medicines, but the increases in the study are striking. After adjustment for other risk factors, it appears that patients on hydroxychloroquine had double the risk of ventricular arrhythmias, and those on chloroquine had triple. When an antibiotic such as azithromycin was added, as some proponents have advocated, the risk jumped to fivefold.

“It’s a very striking finding and it’s convincing to me,” said Steven Nissen, a cardiologist at the Cleveland Clinic. “Based upon these findings and others, no one should take hydroxychloroquine with or without an antibiotic unless they are in a randomized controlled trial. It should not be used in the general population to prevent or to treat Covid-19 infection.”

Eric Topol, director and founder of the Scripps Research Translational Institute and a cardiologist, noted the risk in a series of tweets. “It’s no longer that hydroxychloroquine has no sign of efficacy,” he wrote, “it  is associated with an increase in mortality.”

The study is the largest observational study so far on the use of chloroquine and hydroxychloroquine to treat Covid-19; it combined data from 15,000 Covid-19 patients at  671 hospitals on six continents who were treated with the drugs. Those patients were compared to 81,000 patients who had Covid-19 but did not receive the drugs.

Other observational studies have made comparisons in smaller populations. A study of 368 U.S. veterans also showed that the drugs might be potentially harmful. But two different studies each including 1,400 patients treated in New York during the Covid-19 pandemic showed no impact on mortality at all.

The difficulty with observational (sometimes called “real-world”) studies is that, often, the patients whom doctors choose to treat with a drug are different — in this case, probably sicker — than those who go untreated.

Adding more patients helps. But the problem is that, while researchers can control for risk factors that they know about, they can’t rule out that patients getting chloroquine and hydroxychloroquine are dying for reasons they don’t understand that have nothing to do with the drugs.

Still, the results don’t bode well for the malaria drugs as Covid-19 treatments. After controlling for risks such as weight, heart disease, and lung disease, the mortality rate in the control group was 9%. For those who received hydroxychloroquine, it was 18%; when an antibiotic was added, it was more than 20%. That’s not what would be expected if the drugs were highly effective treatments.

The results about heart rhythm issues are harder to discount, because they are known side effects of the drugs. Observational studies are generally seen as useful for picking up side effects.

Trying hydroxychloroquine as a Covid-19 treatment was sensible. Just as early laboratory studies showed that remdesivir, the drug developed by Gilead Sciences that the National Institute of Allergy and Infectious Disease, might shorten the time it took patients to recover from Covid-19 in a randomized clinical trial, so too did hydroxychloroquine. And results are conflicting. A 62-patient randomized study in China even seemed to show some benefit from the drug.

Even if the results from the new study, led by researchers at the Brigham and Women’s Hospital Center for Advanced Heart Disease/Cardiomyopathy in Boston, hold up, it’s still possible the drug could have some benefit. Researchers are testing it for preventing people who are exposed to the virus from being infected. Again, that can only come from randomized controlled studies.

Hydroxychloroquine use spiked dramatically after the drug was embraced by President Trump, who on Monday said that he himself was taking the drug, and commentators on Fox News. Sean Hannity read a letter from a doctor recounting his own experience using the drugs as a treatment on air.

Results from some of the first large, randomized studies of hydroxychloroquine are expected soon, including a study being conducted by the French government and one at the University of Minnesota. If they show that the drugs were actually harmful, it will be another giant misstep in the response to the virus. If they show it works, we’ll have another tool — probably a small one — in combating the pandemic.

About the Author: Matthew Herper