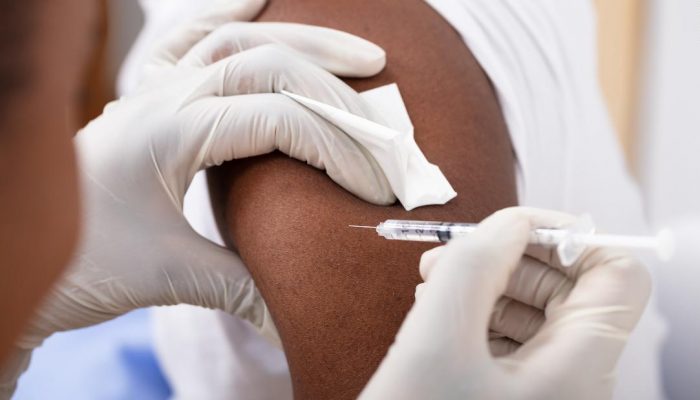 A half century later, this memory resurfaced after a conversation with a reporter about Covid-19. Thinking back, I realized there was much more to that sugar cube than I had appreciated in 1970. The story of the polio vaccine contains an important warning for world leaders and present-day scientists about the perils that could arise from rushing the approval of a vaccine to prevent Covid-19.

As detailed in my book “Between Hope and Fear, a History of Vaccines and Human Immunity,” the sugar cube was not originally intended to be the conveyor of the polio vaccine. Dr. Jonas Salk invented a conventional shot with the kind of 23-gauge needle my childhood self had dreaded. To the delight of preschoolers everywhere, the sugar cube provided a substitute to the needle — but that sweet surprise was not a gesture intended to soothe children’s nerves, but rather the alternative to a vaccine that resulted in a horrific tragedy.Dr. Salk’s vaccine delivered a killed form of the polio virus, the contagion that had terrorized generations, caused paralysis and death, and threatened to require prolonged quarantines — not unlike the current pandemic we face. Parents around the world clambered for protection. Such urgency led to an agreement for the vaccine to be produced and distributed by a select handful of pharmaceutical companies throughout the United States. Although the campaign unfolded smoothly in most of the country, disturbing reports began coming in from western parts of the nation.A major distributor for the West Coast was Cutter Laboratories, a family-owned California pharmaceutical manufacturer with roots extending back to the late nineteenth century. Inexplicably, the inactivation process for some of the vaccine, primarily those manufactured by Cutter, had failed. The reasons remain a mystery to this day, but the consequences were devastating. As a result of the faulty vaccine, 204 children were left with some form of paralysis and 11 died.Hope for the new vaccine turned to fear, then anger and distrust. Amid the tragedy, another scientist, Albert Sabin, took a different approach to inoculating against polio. Disagreeing with Salk’s approach of vaccinating with a version of the polio virus that had been killed, he developed an immunization method using an attenuated — or weakened — version of the live polio virus, administered through a drop or on a sugar cube.

Which brings us to today. Fear for our individual and collective health, both bodily and economic, have propelled widespread hope that deliverance will soon come in the form a vaccine. While I remain optimistic, the humble sugar cube represents a cautionary tale for Covid-19: Danger can arise from rushing a vaccine — and public expectations of the timing and efficacy of a vaccine must be realistic.

For one thing, Salk began his clinical investigation of the first polio vaccine in mid-1952. Just months later, on March 26, 1953, he announced preliminary results in a nationwide radio broadcast. The vaccine’s development was expedited and it was approved for distribution in 1955. This timeline is important because, even with the world’s attention focused on the effort, it still took three years for the vaccine to be tested, not including the actual science and creation of the vaccine itself.

The urgent need for a Covid-19 vaccine must also be balanced against the fundamental goal of vaccines. Unlike medicines, which are intended to ameliorate an existing disease, a vaccine is administered to healthy individuals, with the goal of preventing a future disease. Consequently, vaccines are intensively scrutinized to minimize unwanted side effects. Although federal agencies have put safeguards in place to assure that vaccines are safe and effective, an overly eager administration might be willing to cut corners in an effort to make the vaccine available as soon as possible.

As evidenced by the Cutter incident, such decisions could prove deadly. Unlike most bad medicines, which will eventually wash out of the body, vaccines tend to trigger lifelong responses. Toxicities such as induced autoimmunity (an inappropriate attack of normal tissues by the immune system) can cause damage that lasts for decades.

Worse still, we are living in a strangely anti-science era. Decisions made in the coming months could either deflate or energize the rising, if woefully misguided, anti-vaccine movement. Another Cutter-like incident could be catastrophic, both in its immediate devastation and by further fueling the anti-vaccination fire and thus facilitating a re-emergence of microscopic enemies of the past.

Vaccines are wonderful tools, but they come with serious medical, social and political implications. If we anticipate these implications and address them accordingly, the coming months and perhaps years could be among the finest hours for the United States and its people. If not, we run a serious risk of history repeating itself, with disastrous consequences.