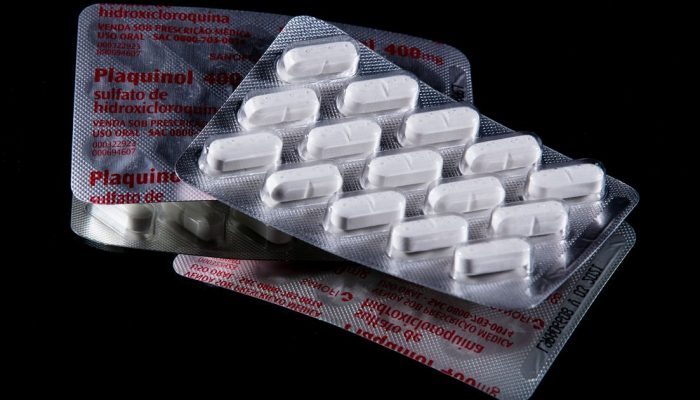 Hydroxychloroquine has demanded much of the attention in conversations on possible treatments for the coronavirus, in part because it has found a tremendous booster in the president. After boasting of its potential in March, demand for the antimalarial surged despite there being no clinical evidence at the time showing it effectively treated COVID-19. The negative impacts of the Trump’s attention were immediate, however: As lupus patients struggled to fill much-needed prescriptions for hydroxychloroquine, a man in Arizona who was “afraid of getting sick” died after ingesting a tablet used to clean aquarium tanks because he thought it was the drug touted by the president.

After a lull in Trump’s messaging following the publication of studies showing that the drug did not outperform the placebo and was dangerous for some at-risk groups, hydroxychloroquine shot to the front of the pandemic news cycle when President Trump announced on Monday that he was taking the drug as a prophylactic — despite a lack of evidence that it effectively prevents the transmission of the virus. To help understand the negative elements of the drug established in clinical trials, as well as the trials in process examining possible preventative use, below is a round-up of the most important studies of hydroxychloroquine to date.

On Tuesday, defending his apparent decision to take the drug, President Trump said that a study conducted at U.S. veterans hospitals was “a bad survey” because doctors administered hydroxychloroquine to “people that were in very bad shape, they were very old, almost dead.”

“It was a Trump enemy statement,” he added, of the study which found that 28 percent of veterans treated with hydroxychloroquine died, compared to 11 percent who had the standard treatment.

The study — limited to 368 male patients, many of whom were severely ill — found that patients who took hydroxychloroquine were more likely to die than those who did not; the drug also did not reduce the likelihood of a patient going on a ventilator. (Ventilators have proven to be a complicated treatment in their own right.) The study has not yet been peer-reviewed.

While cheerleading the drug in March, the president referenced a study conducted by the International Society of Antimicrobial Chemotherapy published on March 20 that showed that the use of the antimalarial caused a “viral load reduction/disappearance in COVID-19 patients.” However, researchers have called the study — which featured only 20 patients — “pathetic” and “a complete failure” due to the minuscule sample size made even smaller by patients who quit the trial because they were doing poorly on the drug. These drop-outs were not factored into the study’s conclusions.

In early May, an observational study of 1,446 patients at New York-Presbyterian-Columbia University Hospital was published showing no benefit to the drug. Of the patients given hydroxychloroquine, 32.3 percent ended up needing a ventilator or dying, compared to 14.9 percent of patients who did not receive the drug. Doctors involved in the study, however, were more likely to give the antimalarial to sicker patients, which most likely skewed the data.

Last week, two studies published in the BMJ (British Medical Journal) provided more evidence against the drug’s efficacy in coronavirus patients. One randomized trial of 150 patients conducted in China found that those with mild-to-moderate cases given hydroxychloroquine did not recover from the virus any faster than those who received the standard treatment. And an observational trial of 181 patients conducted in France noted that hydroxychloroquine treatment “was not associated with a reduction of admissions to the intensive care unit or death 21 days after hospital admission compared with standard care alone.”

Though clinical results currently suggest the drug is dangerous for coronavirus patients, there are still around 50 ongoing trials in the U.S. hoping to provide a clearer picture of the antimalarial’s potential use in the pandemic. Three of these trials are determining if the drug has any preventative properties — the purported reason that Trump is on hydroxychloroquine. One study concerning prophylaxis is currently being conducted by researchers at the University of Minnesota, where researchers will provide the drug to around 750 volunteers who are at high risk of contracting the virus to determine if it provides any protection. Another study of around 15,000 is being led by Duke University, determining if health-care workers who take hydroxychloroquine are less likely to get COVID-19. And last week, the National Institute of Allergy and Infectious Diseases announced a 2,000-patient study to determine if the drug can “prevent hospitalization and death from COVID-19.”

Following the publication of the study involving Veterans Affairs patients, the Food and Drug Administration issued a warning that “cautions against use of hydroxychloroquine or chloroquine for COVID-19 outside of the hospital setting or a clinical trial due to risk of heart rhythm problems.” According to the New York Times, “Some bioethicists are even calling for the Food and Drug Administration — which has warned that the drug can cause heart problems — to revoke an emergency waiver it granted in March to accept millions of doses of hydroxychloroquine into the national stockpile for use in hospitals.”

While researchers have discouraged Americans from seeking out the drug in the manner that the president has, they have also discouraged the politicization of hydroxychloroquine, whiled calling for patience so that more large-scale, randomized trials can be conducted. “The virus is not Democrat or Republican, and hydroxychloroquine is not Democrat or Republican, and I’m just hopeful that people would allow us to finish our scientific work,” Dr. William O’Neill, an interventional cardiologist, told the New York Times. O’Neill is involved in a study in Detroit examining the drug as a potential prophylactic. “The worst thing in the world that would happen,” he added, “is that at the end of this epidemic, in late September, we don’t have a cure or a preventive because we let politics interfere with the scientific process.”

Dr. Adrian Hernandez, the director of the Clinical Research Institute at Duke University School of Medicine, has said that none of the studies published to-date have provided evidence for the drug’s ability to treat the coronavirus. Speaking with the Times, he also said that Trump’s comments on the drug “may have hurt public health.” As the Times notes:

When Mr. Trump first began talking up hydroxychloroquine, Dr. Hernandez said, he faced questions about whether his study should be weighted toward giving the drug to more people than were receiving placebo. But the pendulum swung the other way, he said, after two studies showed ill effects. When he started, he said, two-thirds of more than 12,000 health care workers who have signed up for a coronavirus registry were willing to participate in his study. Now, only half are.

“When we have this playing out in the media instead of the scientific and clinical communities, people don’t know what the right answer is, and so they will use what they hear the most through the media,” Dr. Hernandez said. “So it’s a Ping-Pong match, in terms of, is it good one day? Is it bad one day?”

About the Author: Matt Stieb