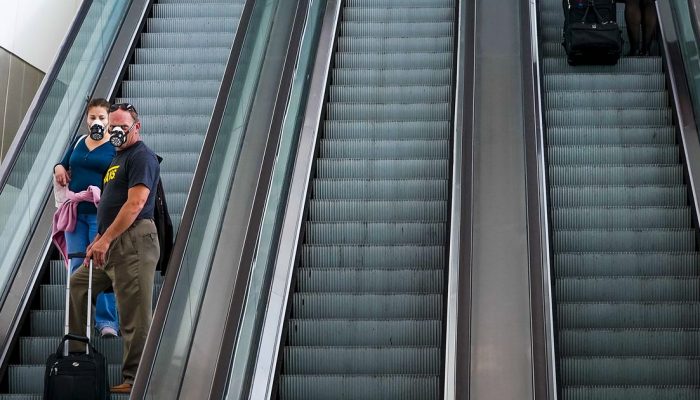 Dallas Love Field will lose direct flights to cities such as Cleveland, San Francisco, Portland and Jacksonville in May as Southwest Airlines cuts its schedule by more than 60% with fewer passengers flying, according to an analysis by Dallas-based Airline Data Inc.

In June, routes to Boston, Detroit, Philadelphia and Salt Lake City are among 15 cities that previously had direct flights from Love Field. Those also are being cut, at least temporarily.

DFW International Airport is losing non-stop flights to about 45 destinations in May and 29 in June, many of which were international flights or seasonal routes that have fallen victim to fears of spreading the coronavirus.

Traffic at both airports ebb and flow on networks of their two dominant carriers. Southwest Airlines, headquartered at Love Field, is responsible for about 80% of the traffic there. DFW International is the largest hub for American Airlines, which is also headquartered nearby.

Both airlines are seeing historically low travel due to the COVID-19 pandemic. Southwest said this week that planes have only been about 6% full this month, even after cutting more than half of all flights.

“Airlines are flying a lot less to smaller cities,” said Jeff Pelletier, managing director at Airline Data Inc. “If they flew from that city to two or three hubs before, now they are only flying to one.”

Love Field is still the fifth busiest airport in Southwest’s network, but the airport also is shedding routes from other carriers. Alaska Airlines has dropped to just one flight a day, while Delta is running just two.

DFW is losing non-stop flights to 45 destinations in May. Schedules for June are still uncertain, Pelletier said.

American Airlines is cutting more than 60% of its international schedule this summer. Almost all international travel has been halted for now, due to both government restrictions and lack of demand.

But in coming months, DFW is also losing flights to Paris, Guatemala City, Santiago and Belize City. In the case of a flight such as DFW to Paris, it was once possible to travel non-stop on a choice of airlines, including American and Air France. Both airlines have dropped the route until July.

DFW is also losing access to a handful of summer hotspots on American Airlines, such as Fairbanks, Alaska, and St. George Utah.

Some of those flights could come back depending on a Department of Transportation decision.

Airlines that took federal stimulus money, which American and Southwest did, are required to maintain air service to all communities they previously served. American has asked for an exemption to places such as Fairbanks, which was only a seasonal route. American said many attractions in seasonal destinations are shut down for the summer.

Even after the suspended flights, Love Field will still serve 53 airports in May or June. DFW will have non-stop service to 226 cities during the next two months.