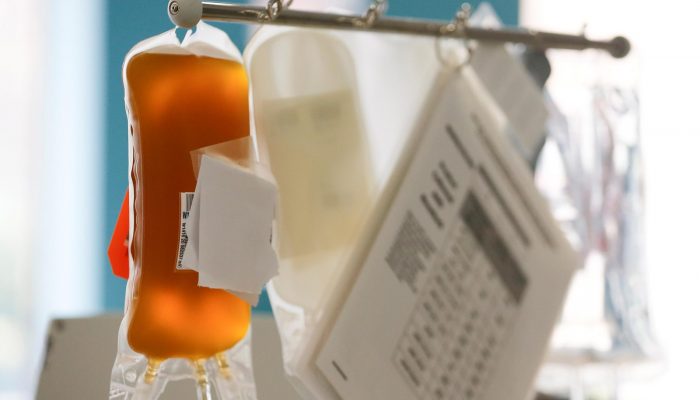 Weekends haven’t existed for Lisa Gralinski in quite some time. Most days, the microbiologist spends 12 hour shifts at a secure biosafety facility on the campus of the University of North Carolina-Chapel Hill. Wearing protective clothing and a respirator, she works inches away from a murderer’s row of potentially lethal coronaviruses, including the strain behind the COVID-19 pandemic.

Gralinski is one of thousands of scientists around the world racing to test treatments that could quell the most serious viral pandemic in a century. To date, the U.S. Food and Drug Administration has not approved any medication specifically to treat COVID-19. Such remedies would likely take months to validate or years to design from scratch.

In the meantime, hospitals have turned to repurposing treatments that have already been approved for other diseases. That’s why you’ve heard so much about the antimalarial drug hydroxychloroquine, the experimental antiviral drug remdesivir, and treatments involving convalescent plasma, a product derived from recovered patients’ blood that could help a newly infected person’s immune system fight the virus.

Currently, doctors can give these medications to critically ill COVID-19 patients only by obtaining FDA permission on a case-by-case basis, under a so-called “compassionate-use” program. But experts don’t know for sure whether any treatment brings COVID-19 to heel. On April 21, an expert panel from the U.S. National Institutes of Health emphasized that researchers don’t yet have enough evidence to say whether hydroxychloroquine, remdesivir, or convalescent plasma on their own are effective against the infection. The same panel, however, did advise against the use of hydroxychloroquine plus the antibiotic azithromycin because of potential toxic side effects.

Physicians won’t get clarity until the medications have gone through what are known as randomized, controlled trials. In these kinds of clinical tests, half of a pool of patients is randomly given the drug, and the other half—the control group—is given an otherwise identical dosage that’s missing the active ingredient.

“If you don’t have a control, you will never know if a drug helped or harmed,” says Andre Kalil, a professor in the department of internal medicine at the University of Nebraska Medical Center.

Here are some of the therapies currently being tested in this manner, with estimates of how soon they might be widely available for the general public. (For more on scientists trying to test and develop treatments for COVID-19, check out our podcast, “Overheard at National Geographic.” )

Of all the treatments being tested against COVID-19, the antimalarial drugs hydroxychloroquine and chloroquine arguably have the highest profile. U.S. President Donald Trump repeatedly touts them as a potential remedy. To date, only a few small-scale studies have been published on hydroxychloroquine, and so far, they haven’t shown effectiveness with COVID-19. Worse yet, early data suggest using the drugs to treat coronavirus can have serious side effects on heart health.

By contrast, one of the most promising treatments under development is one of the oldest: convalescent plasma. The idea is to isolate plasma—the liquid part of blood—and then process it to extract a serum rich with antibodies, proteins that bind to pathogens in our bodies and mark them for destruction.

“When you get a vaccine, you mount your own antibodies, [but] when you get plasma, someone is transferring their antibodies into you,” says Arturo Casadevall, a microbiologist at the Johns Hopkins University Bloomberg School of Public Health. (Here’s why a coronavirus vaccine could take way longer than a year.)

The convalescent plasma technique has been used for more than a century, going back to the 1918 pandemic flu. It took a leap forward in the 1940s when Harvard Medical School scientist Edwin Cohn published a technique for separating plasma into its various components, including an antibody-rich serum.

After Casadevall brought U.S. public awareness to the technique in a February Wall Street Journal op-ed, he and other leading physicians organized a national consortium to test it against COVID-19. Though more data are needed, the FDA is approving plasma’s use on a case-by-case basis for people with severe COVID-19, and a few anecdotal case reports have been published in medical journals.

“I think that the moment in history that we are right now, with nothing else that is a proven, bona-fide solution to this astounding global problem, we need to be trying this right now,” says James Musser, the chair of the department of pathology and genomic medicine at Houston Methodist in Houston, Texas.

On March 28, Houston Methodist became the first hospital in the U.S. to receive FDA approval for experimentally treating COVID-19 patients with convalescent plasma from confirmed COVID-19 patients who had recovered and not shown symptoms for at least two weeks. A day earlier, in the Journal of the American Medical Association, Chinese researchers reported that within two weeks of treatment, four out of five critically ill COVID-19 patients treated with plasma recovered from severe lung injuries, allowing three patients to be weaned off of ventilators.

On April 6 in the Proceedings of the National Academy of Sciences, Chinese researchers reported that out of 10 severe COVID-19 cases treated with plasma, three improved so much during the trial period, they were discharged, and the other seven improved substantially.

Hospitals across the country are now getting permission to treat their patients with convalescent plasma—even on a preventative basis. On April 3, Casadevall and his team at Johns Hopkins received FDA approval to test the use of convalescent plasma in health-care workers and other frontline staff, as a means of stopping them from coming down with COVID-19. On April 13, the FDA issued broader guidance to hospitals experimenting with the treatment.

“Obviously, we don’t know whether it works until trials are done,” Casadevall says, “but based on history, it looks encouraging.”

At the same time, hospitals around the world are testing hundreds of drugs called antivirals, which are known to impede the biochemical tools that viruses use to enter cells and reproduce inside them. The largest such trial, the World Health Organization’s Solidarity trial, has signed up hospitals in 90 countries. Separate trials being run in the U.S. and elsewhere have enrolled hundreds of patients across dozens of hospitals.

The array of drugs being tested includes remdesivir, an experimental antiviral drug developed by the U.S.-based pharmaceutical company Gilead Sciences. Remdesivir works by impersonating a building block of viral RNA, the genetic material used by the coronavirus, which gums up the works as the germ tries to replicate. The drug was originally developed to combat Ebola, but a 2018-2019 trial found that it was ineffective against that virus.

However, a January study in Nature Communications found that remdesivir blocked the replication of the MERS virus, a relative of the novel coronavirus strain, in a petri dish. That result was soon followed by similar lab-based studies on SARS-CoV-2.

Yet no studies published so far have confirmed that the drug is effective against COVID-19 in actual human patients. On April 10, researchers announced in the New England Journal of Medicine that among 53 people who received the drug under a compassionate-use program, 36 either were discharged or required less intensive respiratory support over the study period. However, that study didn’t measure if the amount of virus changed in the patients’ bodies during their treatment, so it is unclear if the drug was actually working as prescribed.

Hopes rose on April 16, when the medical news publication STAT reported that early results in Chicago looked promising for remdesivir. But a week later, results from a Chinese trial were accidentally posted early to a World Health Organization database. The since-deleted summary stated that the drug had no clear benefit over standard care. However, Gilead Sciences chief medical officer Merdad Parsey later released a statement that the study had been ended early because of low enrollment, and as such, its conclusions weren’t statistically sound.

Gralinski, of UNC-Chapel Hill, adds that because remdesivir stops viral replication, it might only be effective during COVID-19’s early stages. By the time someone has severe symptoms, much of the damage being done is from the patient’s own immune system. In past studies in mice, Gralinski found that treatment must start 24 to 36 hours after infection to prevent severe consequences.

“It’s understandable that you’d want to test out these drugs on the sickest patients who are in the most need of intervention,” she says. “But if someone’s in full-blown respiratory distress, that’s really being caused a lot more by the host immune response” than the virus itself.

A verdict for remdesivir may be imminent, as two large trials in China are expected to release results as soon as this month. Kalil, who is running the University of Nebraska’s remdesivir trial as part of an effort from the U.S. National Institute of Allergy and Infectious Diseases, says that data collection could end in a few weeks, with early results arriving as soon as May. He adds that their trial has enough patients—500 to 600—to tell whether both moderate and severe cases respond to the drug.

“It is quite extraordinary; I’ve done [clinical trials] for 20 years, and this is the fastest speed I’ve ever seen,” Kalil says. “We as scientists and clinicians, we’ve learned the lessons from the past, and we’ve made this way faster than ever.”

About the Author: Science