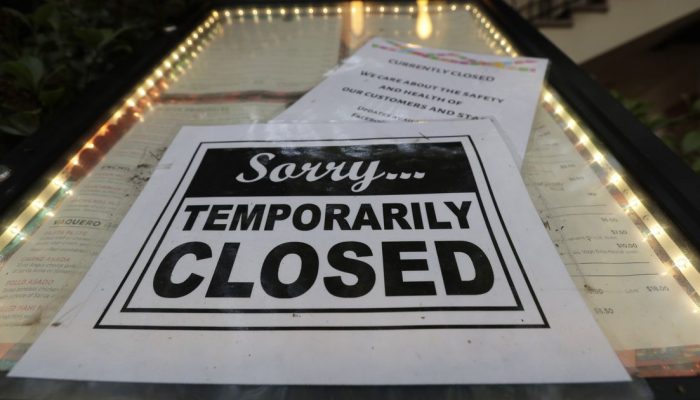 
Nearly half of Texas business executives in the manufacturing, service and retail sectors think it will take months for their operations to return to normal levels, according to a survey by the Federal Reserve Banks of Dallas.

Those business leaders also expect the COVID-19 pandemic to have a lasting impact on employment.

Nearly 80% of executives surveyed said the coronavirus has had a negative effect on their company’s production, revenue, sales or services. Roughly half said it’s negatively affected the number of workers they employ, and 25% said that could be permanent.

Of the more than 400 surveyed, one in three executives said the virus had led to at least a partial, temporary shutdown of operations.

So how have companies dealt with the economic fallout?

Texas led the nation in loan approvals in the program’s first $349 billion round, with 134,737 loans totaling $28.48 billion, according to SBA data.

The program designed to rescue small businesses also has been controversial because it quickly ran out of money. In the weeks that followed, large publicly traded companies began disclosing sizable loans they received from the program. Congress then raced to add another $320 billion for a second round of lending.

JPMorgan Chase, one of the nation’s biggest lenders, said Friday that it helped 27,400 businesses in Texas secure loans totaling $3.3 billion in the newest round. Its average loan size was $120,000.

“This is a historic contraction, very severe,” Kaplan said in an interview Friday on Fox Business Network. “There’s going to be a need for stimulus in the future.”

The nation’s economic growth could contract as much as 30% on an annualized basis this quarter and unemployment could reach 20%, Kaplan said.

The Fed has launched nine emergency lending programs to bolster liquidity in markets and help small and mid-size businesses that have lost customers as stay-at-home orders in most U.S. states brought the economy to an abrupt halt. He called those programs bridge loans to help businesses survive the crisis, not direct stimulus, which can only be provided by Congress.

While the economy will return to growth in the third and fourth quarters, Kaplan said, it’ll shrink 4.5% to 5% for the year overall. U.S. unemployment will end the year at around 8% to 10%, he said.

Bloomberg contributed to this report.