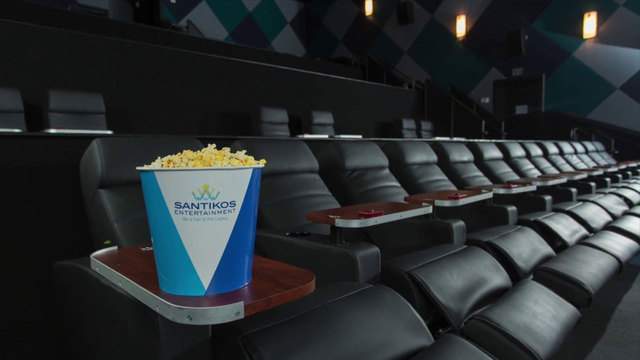 However, there are some chains that will not resume operations immediately due to a variety of reasons.

Santikos Theaters, which operates the most theaters in the San Antonio area, will not reopen immediately.

Santikos issued a statement to KSAT that read in part:

“When we open, it will be imperative we open the right way. That’s why for the past 6 weeks we have been working diligently on safety protocols that will make Santikos a model, not just for theaters, but for all businesses on how to open responsibly.”

A spokesperson for the San Antonio-based company said Santikos is “continuously evaluating local, state and federal guidelines, so when we make our opening announcement, our main priority and promise is the safety of our guests and employees.”

The statement added that Santikos remains “committed to our guests, employees, local community and look forward to announcing soon, when we can see you at the movies.”

Alamo Drafthouse announced that it will not reopen its theaters this weekend.

A spokesperson for Alamo Drafthouse, which has three locations in the San Antonio area, emailed the following statement to KSAT:

“Opening safely is a very complex project that involves countless new procedures and equipment, all of which require extensive training. This is something we cannot and will not do casually or quickly. But know this, when we do open, we will be providing the safest possible experience for both our staff and our guests and we can’t wait to see you all again!”

Cinemark has two locations in San Antonio. The company emailed a statement to KSAT that said the chain is “currently working toward a mid-summer opening date, contingent upon health and safety regulations, as well as availability of studio content.”

Flix Brewhouse announced on Facebook it would not immediately reopen to allow employees to get new training and coaching on sanitizing practices in the building and auditoriums.

“Rest assured that our team is excited to see you all again soon and we are working hard to make that happen in a way that you all can be confident that we are all still working to flatten the curve while bringing Flix back,” the post read.

AMC announced it would not immediately reopen, according to a report in Deadline.

Regal Cinemas did not respond to a request for a statement from KSAT-12. Regal operates six theaters in the San Antonio area.

EVO Entertainment announced on its website it will resume operations at certain facilities. The company’s venues in Schertz and Kyle are set to open on Monday.

The company said they will follow the state’s guidelines to operate in a limited capacity. Abbott said that businesses allowed to reopen under the first phase of the state’s plan must limit occupancy to no more than 25 percent.

According to its website, EVO will also continue its market and curbside and home delivery programs and relaunch its drive-in experience in Schertz.

All other venues including San Marcos, New Braunfels and Fredericksburg will remain temporarily closed, the company said.

Check back for updates.

About the Author: RJ Marquez