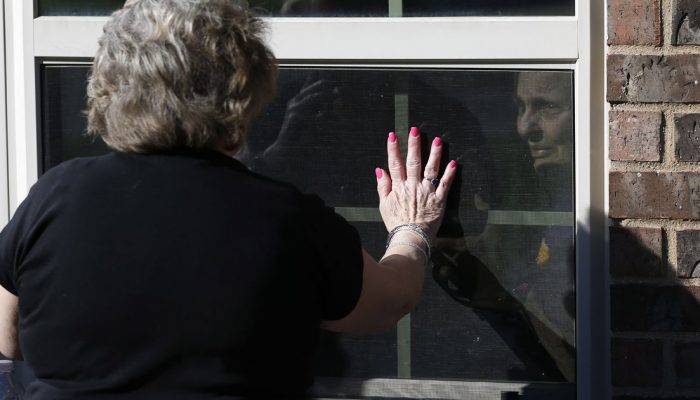 For the first time since the outbreak of the COVID-19 epidemic in late February, Texans can now see which nursing homes have been hit the hardest.

Of the state’s 1,200-plus facilities, nearly 170 have reported at least one coronavirus infection or death among residents, new federal data show. About 100 additional homes reported one or more suspected cases that have not been confirmed.

The data, published by the federal Centers for Medicare and Medicaid Services, give an unprecedented look at how the disease has affected individual nursing homes across the country. But nursing homes had to report cases and deaths only since May 1, a few months into the pandemic, and much of the data remains incomplete.

Officials acknowledge those limitations but said they wanted to make the information available to families and others. They said the data can also help serve as an early warning system to detect and prevent a resurgence of COVID-19 cases.

McKinney resident Kathy McHaney said the information should be useful to families.

“I appreciate any light that gets shed on this subject,” said McHaney, whose 95-year-old mother lives in a nursing home nearby.

“If I was going to move my mom, that would be the first thing I’d want to know — do they have people with COVID-19? ” she said.

Nursing homes have been particularly vulnerable to COVID-19 and have become hot spots for infections. Most residents are frail and elderly, and many have underlying health problems that leave them more susceptible to severe or fatal cases of the disease. They also live in close quarters, making it easier for the virus to spread. Many nursing home employees have also gotten sick or died.

Nationally, nursing homes have confirmed more than 95,000 residents have gotten sick and nearly 32,000 have died from the disease, federal data show. Another 58,000 residents are suspected of having infections.

Some facilities may have included earlier cases and deaths in their tallies, but it’s unclear which ones did.

States and some counties have reported their own data on COVID-19 cases in nursing homes, but to varying degrees of detail.

The Texas Health and Human Services Commission reported that about 480 nursing homes have seen more than 4,300 coronavirus cases – including 740 deaths — among residents. But the agency has repeatedly declined to release data for individual nursing homes, arguing state law forbids it for privacy reasons.

“HHSC is committed to transparency and we work to provide all the information we are legally permitted to release,” agency spokeswoman Kelli Weldon said in a statement to The News.

Dallas County officials, meanwhile, have routinely announced since April the number of COVID-19 cases and deaths for nursing homes, assisted-living centers and retirement homes. By their latest count, about 650 residents and staff of such long-term care centers have gotten sick and more than 100 have died.

Dr. Philip Huang, Dallas County’s top health official, said the county is ahead of the curve in collecting and releasing better data.

“We were the first to do this. And now everyone else is coming around,” Huang said.

The Centers for Medicare and Medicaid Services oversees nursing homes but not assisted-living centers or retirement homes, so only nursing facilities are included in the data.

Still, the federal data provide information that local or state agencies do not track, such as any staffing shortages and a lack of protective gear and supplies, including masks, gowns, gloves and hand sanitizer.

For instance, nearly 50 homes around Texas reported they have no surgical or N-95 masks on hand. And nearly 120 facilities said they don’t have enough nurses on staff.

Nursing homes already had been required to notify residents, families and staff, along with state officials of any new cases, said Kevin Warren, president and CEO of the Texas Health Care Association, which represents nursing home operators.

But the new federal data makes the information public, he said. And he said people shouldn’t be alarmed if they see a nursing home has reported cases. Texas is in the process of testing all nursing home residents and staff for COVID-19, so they may be picking up cases of people who didn’t show symptoms.

“You can’t fight what you can’t see,” Warren said. With more testing, he said, “Now we see it and now we can fight it, we can mitigate it and get it out of the buildings.”

Nursing homes are supposed to update their coronavirus numbers weekly and fix any incorrect entries they made to the new system, so officials expect the accuracy of the data to improve over time. And as health officials track the virus’ spread from summer into fall, understanding the effects on nursing homes will remain important.

Lawmakers and researchers might also use the data to find and tackle systemic problems that have resulted in large or persistent COVID-19 outbreaks among Texas’ most vulnerable people, said Patty Ducayet, who as Texas’ long-term care ombudsman advocates for nursing home residents and their families.

“The outbreak hasn’t been as bad as I feared, and yet we can’t let our guard down,” she said. “There are still a lot of risks that are facing us. I still feel unwilling to say we’re out of the woods.”