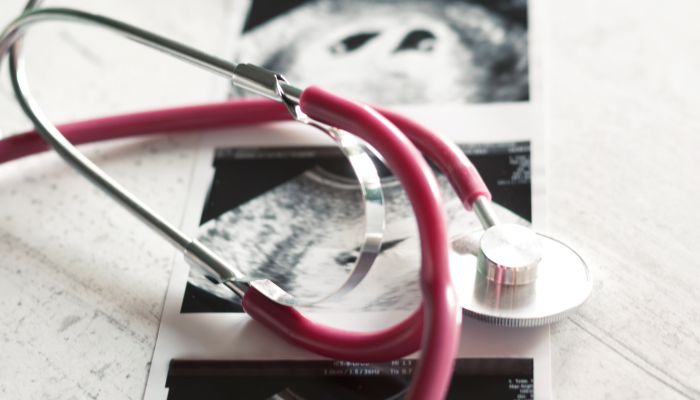 AUSTIN (CBSDFW.COM/CNN) – For the second time in recent days, the Supreme Court has been asked to referee a dispute stemming from the coronavirus pandemic and access to abortion services.

The justices are currently considering a petition concerning abortion access in Texas, after last week they bitterly splitting, 5-4, on a COVID-19 related voting rights challenge out of Wisconsin.

If the Wisconsin case highlighted the deep divisions on the Supreme Court, the abortion case could ratchet up the tension.

But while the high-stakes legal challenge plays out in federal courts, it is women in the state seeking access to clinics that have been caught in the middle. They have felt whiplash as the Texas lawsuit has been bouncing between a district court judge and a federal appeals court and is now before the Supreme Court on an emergency basis. And the extraordinary legal drama has played out with a nationwide pandemic serving as a backdrop.

Abortion providers say women have been camping out in clinic parking lots observing new social distancing guidelines while lawyers have been fighting the battle in court. One woman filed a declaration detailing how after her appointment was canceled because of the lawsuit, she was forced to travel 780 miles to obtain an abortion. She crossed state lines — even though health officials are encouraging people to stop traveling — because she was unsure how long the lawsuit would endure.

The legal challenge began on March 22, when Texas Republican Gov. Greg Abbott signed an executive order that was interpreted as temporarily restricting abortion access. It is set to remain in effect through April 21.

Texas says the move was necessary in order to preserve essential personal protective equipment while the state is grappling with an unprecedented health crisis.

The providers, represented by Planned Parenthood Federation of America and the Center for Reproductive Rights, raced to court. As things stand now, the executive order can remain in effect except as it applies to patients who will be over the state’s gestational age cut-off by April 22, the day after the executive order is scheduled to lift.

In the petition with the Supreme Court, Planned Parenthood and the Center for Reproductive Rights are asking the justices to allow women access to “medication abortions” that can be provided up to 10 weeks of pregnancy in the state.

They note that medication abortion doesn’t involve surgery. Instead, the patient takes two pills. They say no personal protective equipment is necessary for such a procedure that is often used early in a pregnancy. If however, a patient is forced to wait, she may only qualify for a surgical abortion which does require PPE.

“The latest forecasts suggest that the pandemic may peak in Texas in the next few weeks,” he argued in court papers filed on April 10. “That makes the upcoming weeks critical in ensuring that Texas’ healthcare system is ready for the worst.”

In an interview, Amy Hagstrom Miller, who runs abortion clinics in Texas, said her staff are frontline health care providers. They are grappling with COVID-19, changing protocols, staggering the number of people able to enter the building and screening patients for symptoms of the virus.

At the same time, she has been battling the state, which she says is taking advantage of the pandemic in its quest to eventually and permanently roll back abortion rights.

The legal filings in lower court include a declaration from “Jane Doe,” a 24-year-old college student in Arlington, Texas, who said she was using a pseudonym to protect her privacy.

In a sworn declaration, Doe said she was training to become a secondary school teacher but had recently lost her part-time job waiting on tables.

“Because of the COVID-19 outbreak, my restaurant announced that it would close down for eight weeks,” she said in the sworn statement. The same week she lost her job, Doe said she learned she was pregnant even though she had been using birth control. In the filing, she said she chose to seek an abortion.

“Coronavirus was all over the news, but I wasn’t panicked about getting an appointment until I started calling abortion clinics,” she wrote. “That’s when I realized it was going to be tough to be seen in a timely fashion,” she said in her declaration.

Finally, on March 20, she said she secured an appointment in Fort Worth and went to the clinic alone because her partner was barred due to social distancing rules. In the filing, she said she waited in a parking lot for two hours before being allowed to enter the building.

She was told she qualified for a medication abortion and that she could come back after the state mandated 24-hour waiting period. She got a follow up appointment for March 24. But the clinic called just before the appointment to cancel.

“The staffer told me that Gov. Greg Abbott halted all abortions in the state, claiming that medical supplies needed to be saved for other patients,” she told the court.

She and her partner researched options in Oklahoma, New Mexico and Colorado. She got in her car with a friend and headed out for a 12-hour drive to Denver.

She said she stayed in an Airbnb, wiping down surfaces with a disinfectant fearful of COVID-19 contamination.

Upon arrival, she said she was given the first of a two-pill protocol at the clinic and sent home with the second pill. She turned around to drive home, racing, she said, because the clinic recommended that she take the second pill 24 to 30 hours after the time she took the first pill. She said in the filing that she didn’t want to take breaks or rest “because I was worried about having my abortion in the car.”

“Obviously, had this pregnancy not been a factor, I wouldn’t be traveling during a pandemic,” she said in the filing and added, “I was forced to drive across the country, to stop at dirty gas stations, to stay in an unfamiliar home, just to get health care.”

Hagstrom Miller said the irony is that medication abortions don’t require essential PPE because no surgery is involved.

“Respondents claim that medication abortion consumes little PPE, but, again, all PPE is valuable at this time,” Paxton said and added that medical abortions may require surgical intervention, which requires PPE.

“In addition to the required in-person interactions, medication abortion consumes PPE, to the extent it is needed for ultrasounds, surgical interventions and hospital visits and admissions,” he said.

“A small delay in all elective procedures now means a greater chance that Texas emerges from this pandemic with minimal loss of life,” Paxton argued in the brief. “But everyone must do their part,” he said.