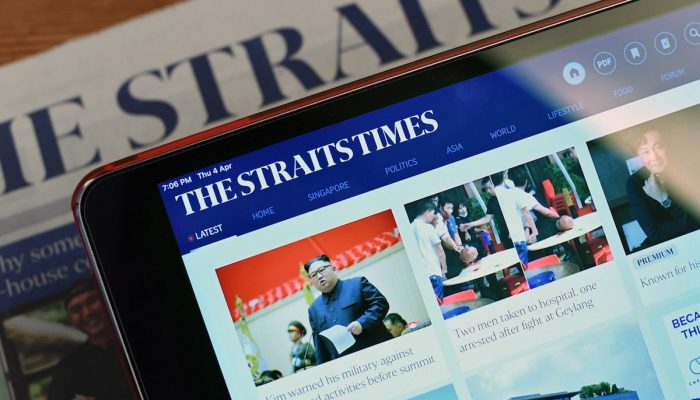 
BRUSSELS • Despite having only 11 million people, Belgium has reported more Covid-19 deaths than China, where the coronavirus was believed to have originated.

With some 57 fatalities per 100,000 inhabitants, it has the highest per capita death rate in the world – almost four times that of the United States.

Belgian officials said the reason for the grisly figures is not hospitals that are overwhelmed – 43 per cent of intensive care beds were vacant even at the peak of the crisis – but the country’s bureaucratic rigour. Unlike many other countries, the home of the European Union’s top institutions counts deaths at nursing homes even if there was not a confirmed infection.

“We often get criticism – oh, you’re making Belgium look bad – we think it’s the opposite,” said Dr Steven Van Gucht, head of the viral disease division at the Sciensano public health institute. “If you want to compare our numbers with a lot of other countries’, you basically have to cut them in half.”

About 95 per cent of Covid-19 deaths in elderly care homes have not been diagnosed, yet Belgium decided to register them based on the symptoms shown and who the people had been in contact with. The goal is to get a clearer picture of the pandemic and better target hot spots.

At each briefing, Belgian officials detail the day’s statistics, drawing attention to those who die outside of hospitals – typically around half the total.

The impact of the disease on vulnerable residents of elderly care homes is a growing issue. While Europe knew it would need more ventilators and intensive care capacity once the virus spread beyond China, the impact on nursing homes was unexpected, said Dr Agoritsa Baka, a senior expert at the European Centre for Disease Prevention and Control.

“It’s a disaster. We did not realise how devastating Covid-19 would be if it entered these populations,” she said.

Yet not all European countries are measuring the impact in the same way, meaning that the number of coronavirus deaths on the continent is likely thousands higher than the official count of more than 110,000.

The consequence of uneven practices was evident in France. When it reported data from some nursing homes for the first time early this month, those fatalities were almost double the number of people who died in hospitals.

Spain had to adjust its historical data this month after Catalonia started including people who had symptoms but did not test positive. A radio broadcaster reported that over 6,800 elderly people died in Spanish nursing homes with symptoms but were not recorded in official data.

Germany’s unusually low mortality rate may be helped by the fact that it counts only deaths that have a positive virus test result.

Such discrepancies show up in a concept called “excess mortality”, the number of extra fatalities above typical trends. In Belgium, over 300 people normally die every day, but this year, that has jumped to nearly 600.

“We are still in a situation where, within the EU, we do not count the same way, which could lead to political misunderstandings,” said Mr Pascal Canfin, chair of the EU Parliament’s environment and health committee. “It leads to different perception awareness of the crisis.”

In the meantime, the world’s eyes should not be focused on Belgium because at least the extent of the problem is known, said Dr Van Gucht.

“When you have a good surveillance system, you report a lot of cases,” he added. “It’s the countries that are not reporting or that are reporting very low numbers, you should be more worried about.”

About the Author: hermes