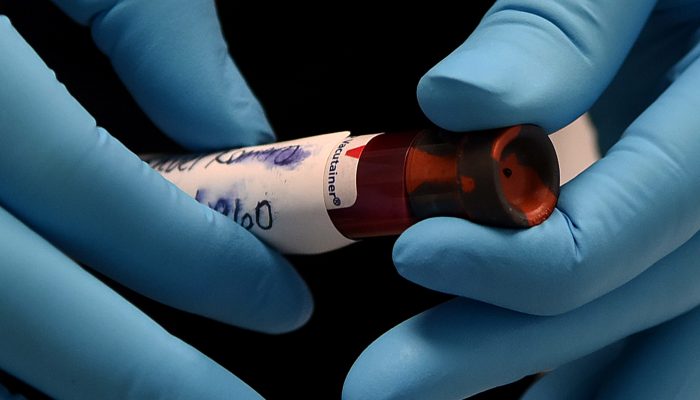 
A health worker handles a blood sample on the first day of a free Covid-19 antibody testing event in Florida.

U.S. officials and scientists are hopeful a vaccine to prevent Covid-19 will be ready in the first half of 2021 — 12 to 18 months since Chinese scientists first identified the coronavirus and mapped its genetic sequence.

It’s a record-breaking time frame for a process that normally takes about a decade for an effective and safe vaccine. The fastest-ever vaccine development, mumps, took more than four years and was licensed in 1967.  A lot has changed since then that gives scientists reasonable hope a Covid-19 vaccine could be available early next year.

It’s far from guaranteed. Even the most optimistic epidemiologists hedge their bets when they say it could be ready that quickly. And a lot can go wrong that could delay their progress, scientists and infectious disease experts warn.

“There’s never been this amount of firepower directed at making a vaccine before,” said Dr. Harry Greenberg, a professor of microbiology and immunology at Stanford University School of Medicine. He’s hopeful scientists can create a proven vaccine for the coronavirus in record time.

President Donald Trump’s newly appointed vaccine czar in “Operation Warp Speed,” Moncef Slaoui, the former head of vaccines at GlaxoSmithKline, said he wouldn’t have agreed to take the job if he didn’t think it could be done in under 18 months. But even he admitted to The New York Times that the timeline is “very aggressive.”

Scientists still don’t fully understand key aspects of the virus, including how immune systems respond once a person is exposed. The answers may have large implications for vaccine development, including how quickly it can be deployed to the public.

“There’s a lot of optimism. There’s a lot of hope. But that doesn’t make a vaccine,” Dr. Rick Bright, the former director of the Biomedical Advanced Research and Development Authority, told members of a House health subcommittee last week.

The world’s best researchers and richest nations are devoting virtually unlimited resources to finding a vaccine or cure. In the U.S. the Trump administration is removing all the normal regulatory barriers to get a vaccine to market in record time.

Scientist Xinhua Yan works in the lab at Moderna in Cambridge, Massachusetts, on Feb. 28, 2020.

Health regulators have fast-tracked approvals for coronavirus research and development, allowing scientists to skip through months of red tape. More than 100 vaccines were in development globally as of April 30, according to the World Health Organization. At least eight vaccine candidates are already in human trials.

On Monday, biotechnology firm Moderna released data from its phase one human trial on its potential vaccine, showing patients enrolled produced binding antibodies seen at similar levels those in people who have recovered from the virus. The vaccine produced neutralizing antibodies, which researchers believe is important for acquiring protection, for eight of the patients whose data was available so far.

The company said it expects to begin a phase 3 trial in July.

The optimism is making a lot of assumptions.

Even though human trials for a potential vaccine are progressing, key questions remain and may not be answered before a vaccine is rushed to market.

“A lot of optimism is swirling around a 12-to-18 month time frame if everything goes perfectly. We’ve never seen everything go perfectly,” said Bright, an immunologist who recently filed a whistleblower complaint after being ousted as director of BARDA. “My concern is if we rush too quickly and consider cutting out critical steps, we may not have a full assessment of the safety of that vaccine.”

One critical question among scientists is whether antibodies produced in response to Covid-19 offer protection against getting infected again, said Dr. Jonathan Abraham, a professor at Harvard Medical School’s Department of Microbiology and Immunobiology.

Scientists have had success producing vaccines for other viruses where a person acquires natural immunity after exposure, Abraham said. “If you have a vaccine that’s good enough, you know mimics what you would see with the real virus, that vaccine may protect you,” he said.

Covid-19 was discovered in December. While numerous research papers and studies have been produced on it, scientists still don’t fully understand how it affects the body or how well someone is protected from reinfection after recovering from this coronavirus.

In general, antibodies that help the body fight off infections are produced in response to invading foreign particles or antigens. Vaccines work by inducing the immune system to produce these molecules. Health officials have said there is not enough data to indicate that coronavirus antibodies ensure immunity against the virus.

‘A lot of assumptions’

“Four months into this pandemic, we’re not able to say an antibody response means someone is immune,” Dr. Maria Van Kerkhove, head of the World Health Organization’s emerging diseases and zoonosis unit, said during an April 27 news conference.

There have been multiple reports of patients who tested positive for the coronavirus after having recovered. Experts say it’s unclear if the tests were simply picking up on dead fragments of the virus left in the body or if the virus was able to infect someone more than once.

“I would say there’s a lot of optimism,” Abraham said. “But I think the optimism is making a lot of assumptions. The assumptions include that what we’re seeing now is a type of infection where if you get infected and you’re reexposed shortly after that you won’t be infected again.”

Researchers from the Korean Centers for Disease Control and Prevention published a report this week that studied patients who became reinfected with Covid-19 after recovering and getting discharged from isolation. They found that re-positive cases carried the antibodies that would protect them from falling ill again and few people exposed to the reinfected patients contracted Covid-19 themselves. That led researchers to conclude the reinfected people were “re-detected” and not a threat if released from isolation. That should be good news for those who have recovered and wish to head back to work, but it’s not definitive proof yet.

He also noted that some viruses, like influenza, mutate frequently and require vaccinations each year. A recent study from researchers at the Los Alamos National Laboratory said the coronavirus has already mutated at least 14 times and a new, dominant strain that’s spreading is even more contagious. While some experts said it was plausible, others were skeptical about the study’s findings.

If the coronavirus emerges again in the fall as expected, scientists wonder whether the people who have survived the first wave of infections will have enough antibodies to fight off another infection, Walker asked.

“And that’s just going to take time because we have to see what happens after two months, four months, six months and then we have to monitor people to see what’s going to happen then,” he said.

Assuming a vaccine can be developed, manufacturing it in large quantities may also be an issue, said Stanford’s Greenberg. Some promising vaccines under development are using genetic material called messenger RNA, or mRNA, that was produced in a lab.

Messenger RNA vaccines, which are capable of being produced more quickly than traditional vaccines that use a killed or weakened form of the virus, have never been licensed for infectious diseases before, he said.

There are still unknowns, Greenberg said, adding that producing enough for the world’s 7.6 billion people in 18 months would be “totally ludicrous.” Moderna said it hopes to produce about 1 billion doses of its vaccine per year. Pharmaceutical giant Pfizer, which is also using mRNA technology, hopes to produce “millions” of vaccines by the end of this year and expects to increase to “hundreds of millions” of doses next year.

Despite the key questions, Greenberg is still optimistic. The coronavirus, which has spread to nearly every country across the globe, presents a unique opportunity to scientists. Because the virus has spread so far, scientists will likely not have problems finding enough patients to run their vaccine trials, he said.

“Many vaccine trials are slow because you got to find a population that is going to get sick from it and that sometimes takes a season or two seasons or multiple seasons, depending on what the pathogen is,” he said.

Dr. Anthony Fauci, the nation’s leading infectious disease expert, is also “cautiously optimistic.” He said in congressional testimony last week that he is hopeful scientists would find a workable candidate but warned of potential pitfalls in developing any vaccine. He also said one won’t be ready for the next school year.

“Even at the top speed we’re going, we don’t see a vaccine playing in the ability of individuals to get back to school this term,” he said.

In fast-tracking a vaccine to market, Moderna, J&J, the Food and Drug Administration and other vaccine developers are taking weeks to plan trials that normally take months. Epidemiologist across the world have warned against skipping over the normal safety protocols in rushing a vaccine to market.

“It’s really important that we encourage innovation and we encourage people to be looking for solutions,” Dr. Mike Ryan, executive director of the WHO’s emergencies program. “But then as those solutions potentially become available, it’s important that we put them through the proper process in the interest of safety, in the interest of efficacy and in order to make sure that we first do no harm.”

About the Author: Berkeley Lovelace Jr.