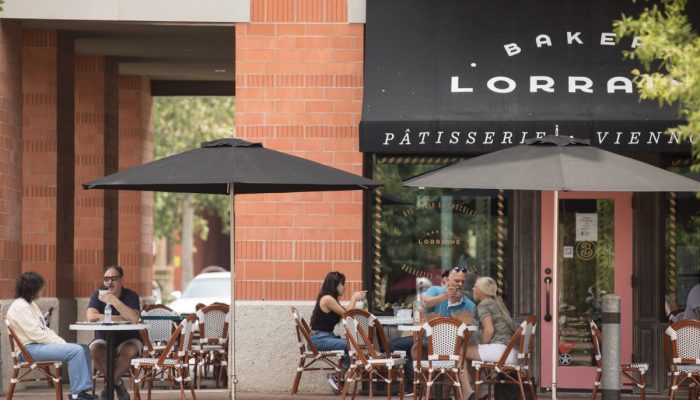 
No major city in Texas was readier to start a staged reopening of its economy than was San Antonio. Yet that fact is almost certainly related to the reluctance of San Antonio to begin the transition.

Bexar County has about 1.10 diagnosed cases of COVID-19 per 1,000 people, about half what the state’s other large urban counties have.

The most logical explanation for San Antonio’s relative success is twofold. First, our leaders, especially Mayor Ron Nirenberg and Bexar County Judge Nelson Wolff, early on listened to the city’s medical experts. Second, the vast majority of us listened to our leaders.

They communicated that they were taking strong measures – from canceling Fiesta to closing down businesses — based on science, and we trusted both them and the science.

As I wrote last week, Nirenberg and Wolff appointed an outstanding panel of 15 local medical experts to determine the criteria for when a phased opening would begin.

They also appointed an impressive panel of business leaders from large companies and small. But unlike the governor, their charge was not to determine when to open, but how. The 20-member panel, headed by Kevin Voelkel, president of Toyota Motor Manufacturing Texas, and Julissa Carielo, owner of Tejas Premier Building Contractor, a midsized construction company, also produced an extensive report.

It includes everything from recommendations for a regional public relations campaign emphasizing safety measures to a “playbook for local businesses,” including checklists for various sectors. The panel took its job not as providing pressure for businesses to open, but helping them open successfully.

The panels worked with impressive speed and with excellent results. I recommend you at least peruse them, here for the medical report and here for the business report.

The Health Transition Team held its first Zoom meeting on April 18 during which it set out guiding principles. Its members then broke up into teams, had two more Zoom meetings, and delivered an extensive final report to City Council 10 days later – the day after Gov. Greg Abbott announced he was letting his stay-at-home order expire and allowing some business sectors to open.

The governor’s order suspended Nirenberg’s and Wolff’s power to follow the recommendations of their medical panel. It would have meant waiting somewhat longer to open up businesses, having established four criteria, of which three had already been met.

The governor ignored both the White House’s criteria and his own, with the number of cases and of deaths in the state spiking just before he began opening it, and continuing afterwards. But the fact that the governor won’t let our local leaders be fully guided by science doesn’t mean that the rest of us can’t be. He can tell the businesses they can open, but we will determine which ones stay open.

That’s why I hope Wolff and Nirenberg will ask the panels to meet regularly to update their guidance based on new developments, and then present that guidance to the rest of us.

The medical report laid out the opening up in four phases. The first was the very important one we were already in, a basic stay-at-home policy that allowed for careful shopping for basic needs and safe approaches to outdoor recreation and exercise.

The second phase calls for the staggered opening of various sectors based on risk assessment and best practices. Similar to what the governor has ordered, it would have started with businesses such as restaurants at lowered capacity allowing for sanitary conditions and social distancing. But the businesses in the newly opened sectors would have been monitored for two to four weeks to see if they were complying and whether there were any clusters of infections. Restrictions would have been loosened based on the results. This contrasts with the governor’s process, which began with him announcing he would wait two weeks to see the results. Instead, he announced further reopenings within days.

Phase two would have been a careful process of monitoring and expansion, with possible rollbacks. The panel recommended monitoring three key factors that could lead to a return to restrictions:

A decrease in the number of days it takes for the number of cases in the area to double.An increase in the percentage of tests finding new coronavirus infections.An increase in indicators of health system stress, such as reductions in personal protective equipment, available hospital beds or ventilator capacity, and increases in emergency medical system calls.

The third phase would take us to something more like full opening, with mass gatherings and travel, although still with enhanced safety practices and careful monitoring. The length of time to get there and beyond would depend entirely on three things. One is the virus. Another is the ability of scientists to produce a vaccine and medicines for successful treatment of the virus.

The third is the only thing we have control over: us. We’ve suffered tragic losses, both in lives and in livelihoods, but we’ve done very well in limiting those losses. And it is precisely the limiting of those losses that will enable us to restore the economy. Only when workers and customers no longer have reasons to be afraid will we once again prosper.

But that, said the medical team’s report, isn’t enough. It added a fourth phase that I haven’t seen in other reports, a phase that could begin during the third phase. It calls for an ambitious initiative to prepare for the next pandemic. It includes documenting the successes and lessons learned from our current experience. It also includes a call to address not only our preparedness in terms of hospital resources and personal safety equipment, but also in dealing with the large portion of San Antonio that lacks effective levels of health care and other resources, making these groups especially susceptible to harm.

To both these panels, medical and business, I say thanks for the hard work, and keep it up.

About the Author: Rick Casey