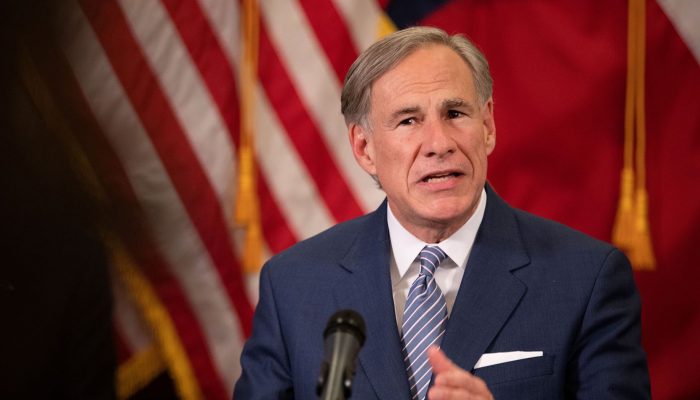 
The COVID-19 pandemic has put many leaders around the world to the test. To judge by polls, Gov. Greg Abbott has generally done well, though there are significant detractors.

In the latest Texas Tribune/University of Texas poll, 56% of respondents said that they approve of how Abbott is handling the crisis, the Tribune reported on April 25. Only 32%  disapproved. There is, predictably, a split along party lines, but less than you might think. A slim majority (51%) of Democrats disapprove, but nearly a third think he’s doing a good job. Republicans sang Abbott’s praises to the tune of 81%.

A poll from The Dallas Morning News and UT Tyler showed even more approval for the governor. In that poll, Abbott received a 68% approval, and nearly half of Democrats said he was doing a good job.

The poll was completed on April 27, which is the same day that Abbott released his phased-in reopening plan. So it is unclear how Texans feel about him in light of that.

When it comes to Abbott’s handling of the economy, an issue that has grown increasingly contentious as the state struggles with growing unemployment, Abbott has been doing well in the public’s opinion. A majority (54%) of Texans approve of his approach to the Texas economy during the pandemic, and only 25% said they disapprove.

Public polling indicates a drop in faith in the state as the pandemic stretches into its third month after killing more Texans than who died fighting in the Texas War for Independence. In February, a similar poll from the Texas Tribune and UT found that 48% of respondents thought the state was going in the right direction. Now that number has dropped to 37%.

That same poll also found that the vast majority of Texans would not feel comfortable attending a large sports gathering (more than 80% across all sports). Polls in April found very broad support for the various closure protocols that have been instituted since mid-March. Everything from closing public schools to full-on stay-at-home orders met with approval well into the 60s. The only actions that the state undertook that dropped below majority support were banning abortions and releasing some nonviolent offenders from prisons.

Our own informal poll, conducted on Facebook, showed that 76 percent of Texans plan to continue staying home.

What can be extrapolated from this data is that Texans have approved of Abbott’s choices, but that could change quickly if his reopening plan leads to a spike in confirmed cases or new deaths. The state had its highest number of COVID-19 daily fatalities, 50 on Thursday, the day before the reopening started.

There’s more than a little indication that even Abbott’s slight loosening of the stay-at-home orders are going to lead to mass flaunting of safe practices. Over the weekend, thousands took to Galveston’s beaches, and compliance with safety recommendations was mixed at best.

“They seem to spread out more than usual, but I’ve not seen a lot of use of masks,” Galveston Island Beach Patrol Chief Peter Davis told MSNBC. “There are certain areas and certain times of the day in certain places where it doesn’t seem like social distancing is even a thing … we’re hoping the public will take responsibility on themselves.”

The City of Galveston has already asked state officials to come out and help maintain safe practices and order. About 100,000 people flocked to the beaches this past weekend, City Manager Brian Maxwell estimated. Crowding was exacerbated by the fact that restaurants were still limited to 25% capacity, leaving beachgoers with little to do but walk the sands and the boardwalk.

Medical officials worry that these congregations are likely to increase the spread of coronavirus.

“The beach is wilderness,” infectious disease specialist Dr. Ed Rensimer told ABC13. “It’s unstructured. There’s no pathway you can guide people around. You can’t put up fences, and keep people in their own lanes, and that’s where the trouble is. … We saw what happened in Mardi Gras, and that skyrocketed numbers in New Orleans and made it a hot spot immediately.”

In a leaked recording of a recent private conference call with lawmakers, Abbott talks about the way the spread of COVID-19 will increase as Texas reopens.

“It’s almost ipso facto, the more that you have people out there, the greater the possibility there is for transmission,” Abbott said.